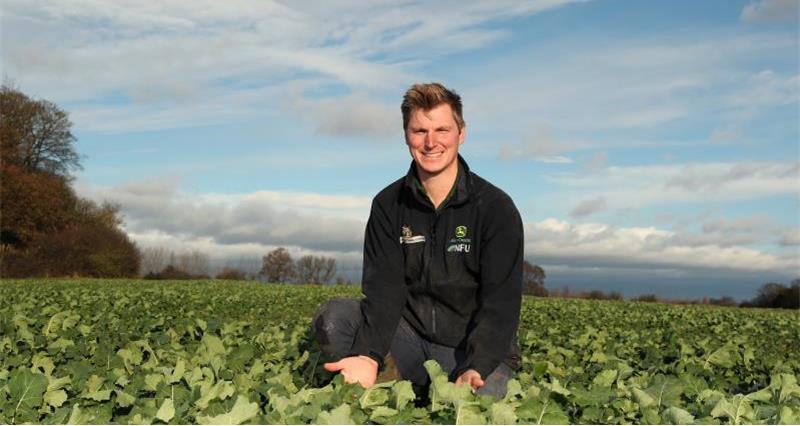 Lower Drayton is a family farm run by Raymond Bower and his son Richard in Staffordshire.

Richard is the 8th generation in farming, and the 3rd at Lower Drayton farm. The farm sits on a variety of soils including: medium loam, stony soil, light sandy soil and Staffordshire clay.

The farm is 700ac of which 500ac is combinable crops, with a 300 head herd of Aberdeen Angus cattle. The crop rotation is varied to cater for the diverse soil types across the farm, and includes wheat, OSR, strawberries, barley, maize, pumpkins and potatoes.

This variety also extends the time between re-seeding the same crop, and increases yields and soil fertility. The farm is Red Tractor Assured for beef, lamb and cereals, therefore holding high standing in animal welfare, environmental protection and food hygiene. The business has diversified into paintballing, clay pigeon shooting and family fun farm.

“The environment is a very important part of what we do” said Richard, and this is apparent across the farm. In 2012 the Bowers joined a ten year HLS agreement, putting 10ha into environmental schemes, which has supported the increase in environmental practices alongside profitable farming.

The farm also has 10ha of floristically enhanced grass margins and field corners, 12ha of overwintered stubble, and 4ha of summer fallow plots, which all provide habitats for a wide range of species, particularly butterflies.

Using a CFE discounted pollen and nectar mix, Richard also planted wildflowers along the banks of the River Penk, providing habitat and food for insects, particularly damselflies. The river banks are fenced to protect them from cattle. The farm is gradually moving towards conservation agriculture, this is achieved by no blanket spraying pesticide, using chemical as a last resort with woodlands providing a habitat for aphid predators. 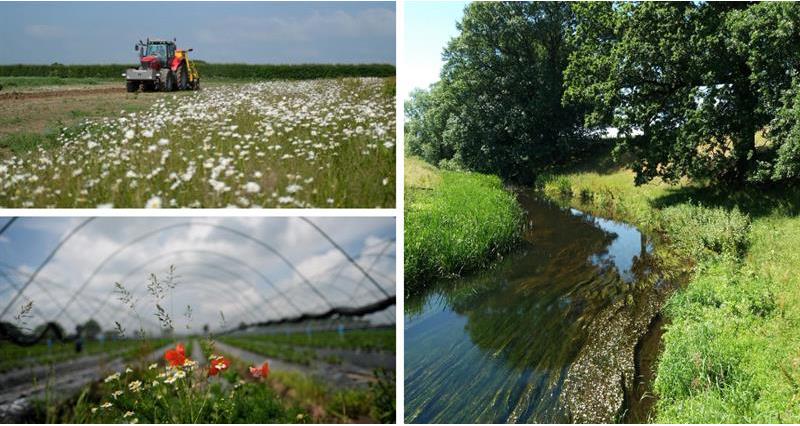 The farm is largely self-sustainable, using their spring beans as a good protein source for the cattle, and 60% of the wheat produced is also used on farm as feed. Fertiliser costs have been reduced by 75% by using digestate and manure.

To increase soil nutrient and structure the farm uses direct drilling, which also saves time and fuel. Further savings are made by harvesting rainwater for animal drinking water, halving the water bill. These methods reduce inputs and costs, as well as working with the environment.

Richard, Raymond and Paul Hopwood began working together in 2013, with the initial aim to connect Paul’s expertise in birdlife with the Bowers’ farming methods. Paul is affiliated to the British Trust for Ornithology and part of Brewood Ringers Group, which voluntarily rings birds at farms in the area.

The partnership started when Paul was invited by Richard and Raymond to the Family Fun Farm to build a bird feeding station, provide information about woodland birds and give ringing demonstrations, so as to ‘bring farmland nature closer to the general public’.

Paul's work helps the farmer understand the bird species and numbers on their land, and thereby influence the support they can give to the birds on their farm. For example, Richard has planted 150m of hedges, using mostly a traditional mix of hard and soft wood. This suits the yellowhammers and linnets which favour thicker hedges and small fields.

He has also varied the available environments on farm to suit different species, such as creating other spaces with big fields and distance between the hedges, to suit the skylarks on farm. This approach creates a jigsaw of different, good environments across the farm. Paul has also used a thermal imaging camera which allows him to record species at night, such as owls. 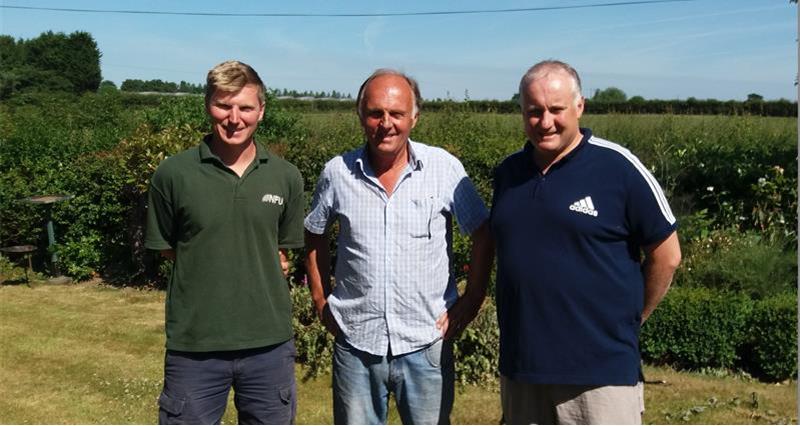 Using the camera has greatly improved their ability to record different species, (including indicator and red listed species), and as a result they recorded over 500 skylarks and 65 grey partridge (significantly increasing the 2015 UK totals of 89 skylarks and 10 grey partridge).

Richard has also put up bird boxes for barn owls, and through HLS provides supplementary bird feed through the hunger gap in late winter, which was particularly helpful through the bad weather at the start of 2018. This favourable evidence indicates the success of the farm in providing habitat and food for wildlife.

Paul uses social media to promote the work of Lower Drayton Farm and what other farmers are doing for the benefit and protection the wildlife. He believes that it is important for ornithologists and other experts to work with and support farmers, as they are the land managers and therefore play an essential role in protecting and encouraging biodiversity.

The Woodland Trust supplied 100 trees for an agroforestry scheme, which were planted in pasture land. This not only has aesthetic benefits, but provides shelter for the cattle in bad weather and reduces soil erosion.

The woodlands have also supported the farm’s diversification into a clay pigeon shoot and paint ball site. By clearing the canopies and overgrown undergrowth for these ventures they have seen a greater growth of wildflowers and increased insect life in the woodlands. 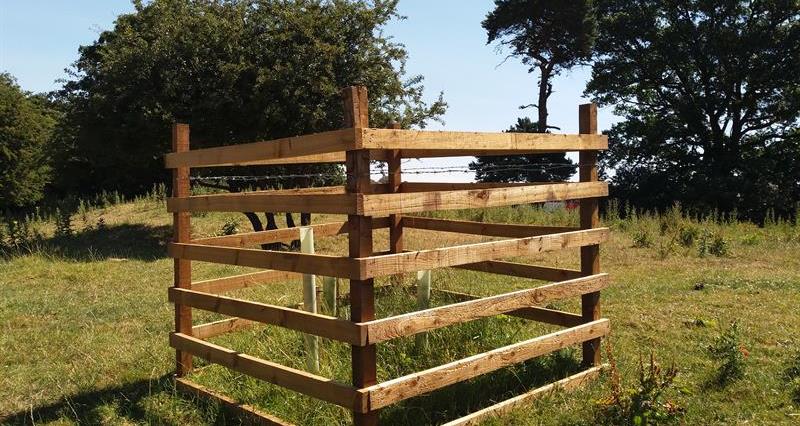 Change in the last 20 years

Richard has moved away from regular hedge trimming, and now the hedges are cut every three years. This extra growth creates more habitat and food for birds and insects, as well as storing carbon. They have also introduced 8m and 24m field margins, creating additional habitat for small mammals, insects and birds. It also reduces run off and improves the gross margin by taking unproductive areas of land out of production and therefore removing the need to expend resources on them.

Lower Drayton Farm also has a Family Fun Farm and hosts a non-profit making community group called Chase Aqua Rural Enterprise (CARE) that provides education and rural activity for students with special needs. The CARE farm has a garden, teaching area and animals. These public access farms aim to help the community’s mental and physical health, and to educate people about the nutritious food produced.

Richard hopes that as a result of the tree planting initiatives on the farm he can start selling zero carbon beef as they do in Brazil. There are plans to build a play barn and café which uses local farmed produce. Not only will provide alternative sources of income, but will also help to educate the public about farming and measures that farmers are implementing to benefit the environment.

The farm hopes to work more with the CARE to provide new experiences with the wildlife, particularly the birds. Paul and Richard want to work with the NFU and GWCT in future, particularly expanding their ability to conduct birdlife surveys, which will improve their knowledge of measures to carry out to create the most appropriate habitats. They also hope to further promote the benefits of farming alongside the environment, and their achievements so far.