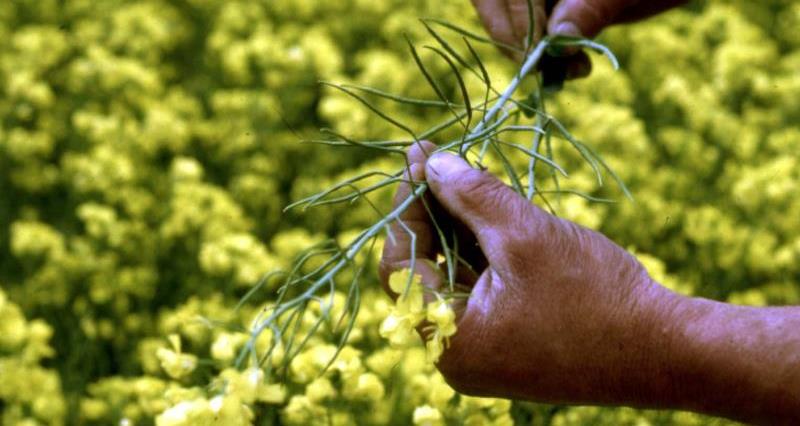 Yesterday on Farming Today there was a wrangle between Graeme Taylor from the European Crop Protection Association and Matt Shardlow from Buglife about the recent HFFA Research results on impacts of the neonicotinoid ban on oilseed rape yield.

Farming Today this morning attempted (but failed) to add some clarity, when a researcher from Radio 4’s More or Less explained how the official Defra figures showed that, compared to 2013 production (before the neonicotinoid ban was in place), the UK yields of oilseed rape per hectare went up in 2014 (when neonicotinoid seed treatments were available to control chewing and sucking pests), they went up in 2015, but they went down in 2016 (these UK-wide figures mask the fact that in eastern England yields have been falling).

So what is going on? Is the neonicotinoid ban having an impact on yield or not?

Anti-neonicotinoid campaigners have argued that increased yields per hectare in the two years after the ban – 2014 and 2015 – show that neonicotinoids do not improve yield and thus farmers do not need them. This is hugely misleading and patronising. For a start, the restrictions only came into place after that autumn’s planting in December 2013, so the 2014 harvest was with neonicotinoid treated seed, crop damage was minimised and on average yields were good. You don’t have to be a rocket scientist to know that crop yields naturally fluctuate from year to year as a result of many different factors, not least the weather.

This is what the HFFA Research does – it looks at how increasing pest damage has resulted in loss of yield and quality; in crops having to be re-drilled; and in a reduction of planted area as farmers find that, in the face of increasing and uncontrollable pest numbers, it is no longer sustainable to grow oilseed rape.

The result is a significant fall in overall production or yield (let’s not hide behind terms) in the UK and across Europe. The HFFA Research report shows this has resulted in 912,000 tons of missing harvest in the EU, which results in obvious losses to farming and food businesses, and the need to import this missing crop from outside the EU, where oilseed rape is produced using neonicotinoids.

We are all for conserving insect numbers – but accepting countrywide exponential increases in Cabbage Stem Flea Beetle levels and all its consequences, alongside no measurable improvements in populations of key pollinating insects, is frankly a ridiculous way of going about this.