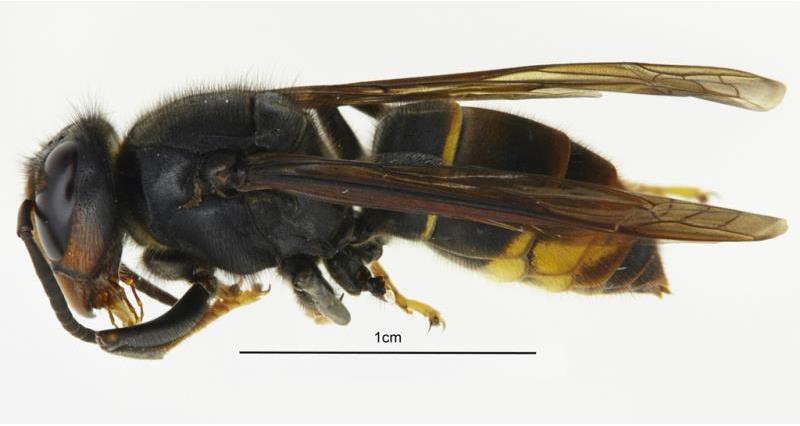 The National Bee Unit has confirmed a sighting of the Asian hornet in the Tetbury area of Gloucestershire – the first time the insect has been found in the UK.

The species poses no greater risk to human health, but does represent a threat to native honey bees.

Work to identify, destroy and remove any nests is already underway, including a three-mile surveillance zone around Tetbury. A local control centre will coordinate the response and bee inspectors will search the area with infrared cameras and traps.

Anyone who believes they have found a nest should not go near it and report it to YWxlcnRub25uYXRpdmVAY2VoLmFjLnVr. The cost of eradication on private land will be met by APHA.

NFU acting chief horticulture adviser Chris Hartfield said: “With the first finding of this new serious pest of honeybees, it’s a worrying time for bee farmers and beekeepers. Robust control measures are already in place, so let’s hope it’s a limited outbreak that can be quickly contained and controlled.”

Defra’s deputy director for plant and bee health, Nicola Spence, said: “We have been anticipating the arrival of the Asian hornet for some years and have a well-established protocol in place to eradicate them and control any potential spread.

“It is important to remember they pose no greater risk to human health than a bee, though we recognise the damage they can cause to honey bee colonies. That’s why we are taking swift and robust action to identify and destroy any nests.

“We remain vigilant across the country, working closely with the National Bee Unit and their nationwide network of bee inspectors.”

The hornet found in Tetbury is currently undergoing DNA testing at the National Bee Unit in North Yorkshire to help establish how it arrived in the UK.

The hornet arrived in France in 2004 and is now common across large areas of Europe. It was discovered for the first time in Jersey and Alderney this summer. It is believed the species will not be able survive in the North of the UK due to colder winters. 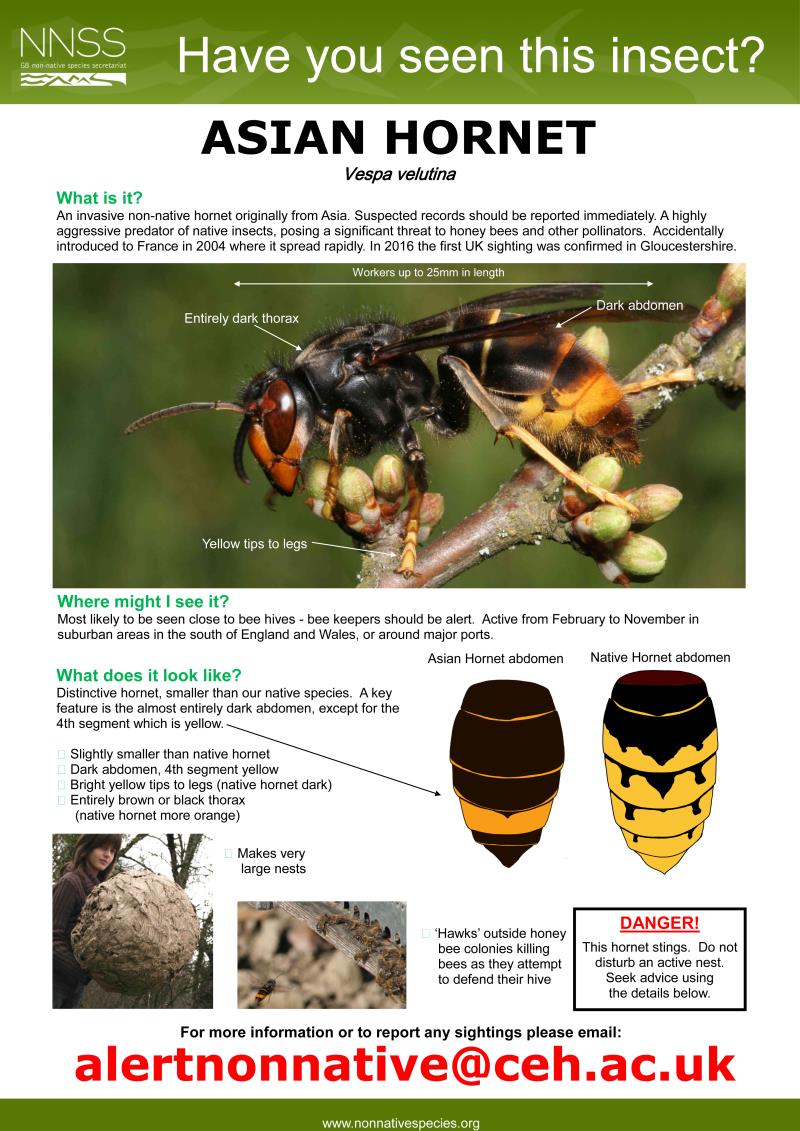 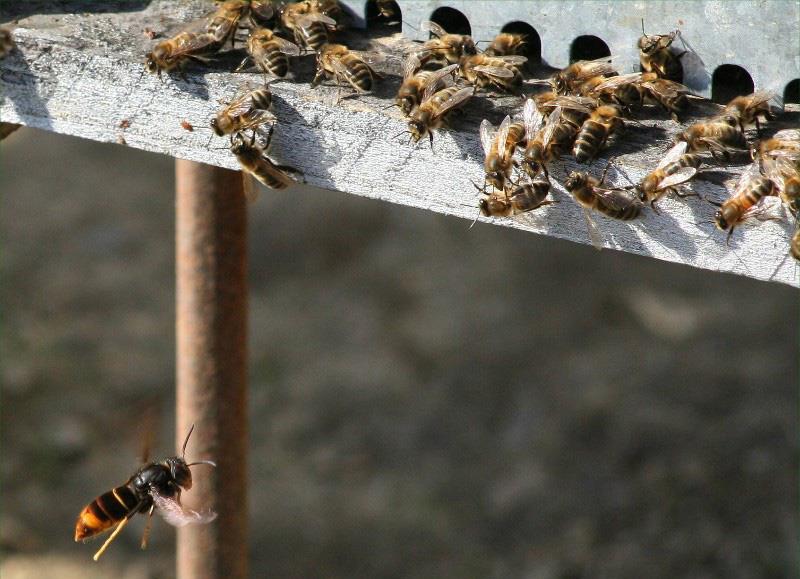