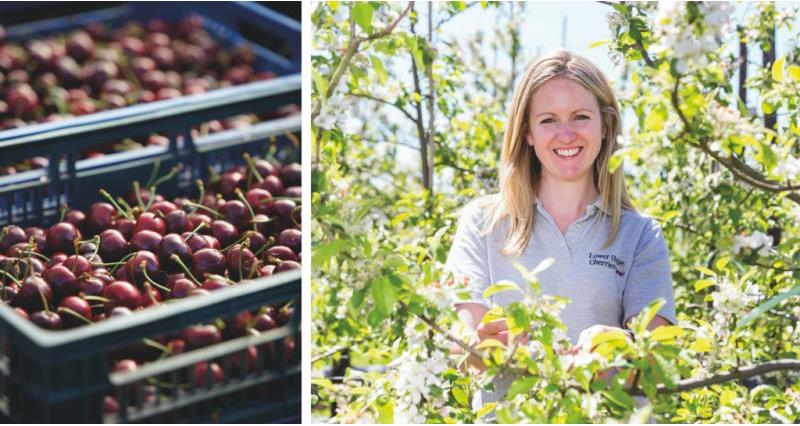 Lorna Maybery talks to Emily Cliff about why pollinators are being given top billing at Lower Hope Cherries.

Managing a fruit farm as part of a larger estate is a full-on job for Emily Cliff, who juggles budgets and agronomy, picking and packaging.

But she is keen to ensure that as well as producing top quality cherries, raspberries and apples, the farm is also looking after the environment and the wildlife, in particular the pollinators that play such a vital role in fruit production.

Emily runs the fruit operation at Lower Hope Cherries, which is part of the Lower Hope Farms Estate in North Herefordshire. The 1,800-acre estate has arable, cattle and sheep, as well as 260 acres of woodland and seven acres of garden. Caring for the environment is important to the business as a whole and it has just entered into the government’s mid-tier Countryside Stewardship Scheme.

As part of this, Lower Hope Fruit is working to increase the numbers of pollinators on the farm and to encourage them to stay once the cherries have been pollinated.

“Our aim is to produce nearly 500 tonnes of cherries this year, which is our main crop,” says Emily. “We have 36 hectares of cherries in total. The majority of these are planted at 2,000 trees to the hectare.

“Because we have such a volume in a short space of time we supply cherries to a number of supermarkets, including Sainsurys, M&S Waitrose Tesco, Aldi and Lidl.

“Cherries are a difficult crop to pollinate and set fruit so we have a beekeeper who brings more than 100 honeybee hives onto the farm every year.

“We supplement this with bumblebees – we have a lot of naturally-occurring bumblebees on the farm – as well as solitary bees. There are millions of flowers out simultaneously and they need to be pollinated in a short time, so the honeybees provide the extra bee power.”

The weather is also a crucial factor when it comes to pollination. The cherry trees are grown under cover to protect them from the worst of the wind and rain, so the weather affects their growth less than if they were open to the elements. But the extended cold spell this year has meant that conditions have been more challenging for the local insect life. 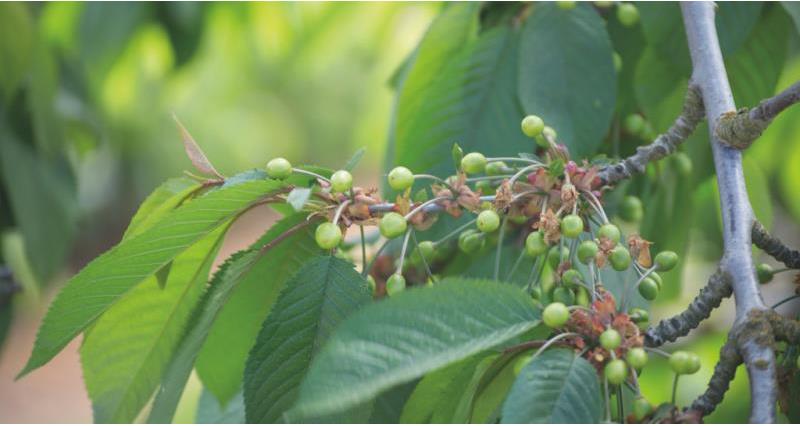 Emily says: “We had very cool weather into April and all the pollinating insects are borderline to fly at these temperatures. Once the sun shines the activity levels soar in the tunnels.

“There are a lot of different things that have to happen that are temperature-dependent. We can’t tell right now how many cherries we will produce, even though the blossom time is over, because we have a thing called June drop in cherries where the unviable ones will fall off. So depending on the weather at pollination, and even as far back as what happened last winter, if there weren’t enough chill hours, for example, then more fruit can drop off than we would like.

“At the same time, there needs to be a natural shedding of the fruit because of the amount of flowers and potential for fruit is too high for the tree to carry, so it’s a natural process.”

Do you want to read similar stories? Here's how...

Although the cherries are covered, they tunnels are vented which improves air circulation and allows insects easy access to the cherry blossom. Once they have feasted, it’s important for the farm to give them other sources of food so they don’t just disappear. To this end last year, Emily and her team have planted a number of wildflower areas.

“Because we have blocks of orchards we also have areas in our fields that are not used for production, so we’re dedicating those to wildflowers now,” Emily explains. “We’ve just entered into the mid-tier Countryside Stewardship Scheme, so as part of this we will have more going on this year to help our natural pollinators.

“When our cherry blossom is out we are providing a very short, sharp burst of food for a lot of these insects and then this drops off, so by having wild flowers that come out later than the blossom – and throughout the summer – the insects still have a food source. This will help us to build our natural pollinator numbers.

“We have planted nectar-rich mixes with flowers such cosmos, harebells and buttercups, and then there will also be plants to attract the birds, too. 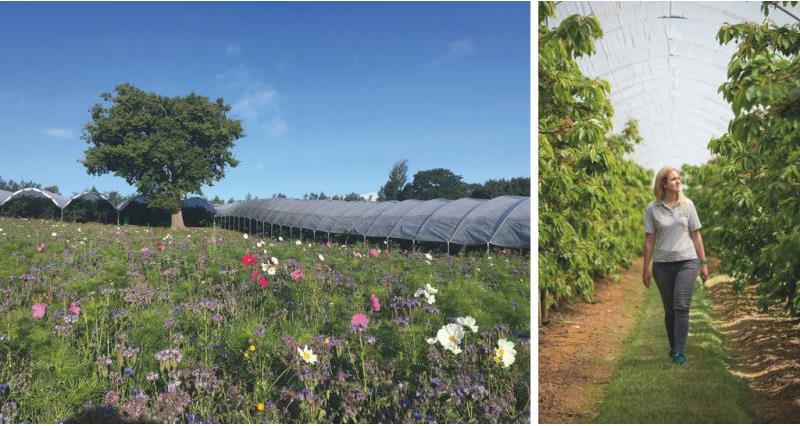 “We are just developing a mix that works best on our soil, to ensure we have a nice range of flowers that won’t out-compete each other.

“The difficult bit is the establishment. If the soil is too rich then we spend a lot of time battling with weeds. In some places we have a lot of docks so we need to get rid of them and get back to a stale seed bed before we start to plant.”
Emily is also looking at the health of their hedgerows and when and how often to cut them. Some of the hedgerows are left to grow higher so that the covered trees are not visible from the road. She is also looking at ways in which to improve the condition of the soil.

“We are putting perennial trees in the ground so we aren’t cultivating the ground annually, so there’s no risk of compaction, but we have trees planted in the same ground for years, so three years ago we started putting compost into the beds to try to improve the soil health biology and to encourage earthworms.

“As part of the scheme we have also been able to put tracks around some of the fields to help prevent soil erosion. These are tracks for the tractors, so we have put down hardcore and gravel, which will stop the water just running off the land and taking the topsoil with it.” 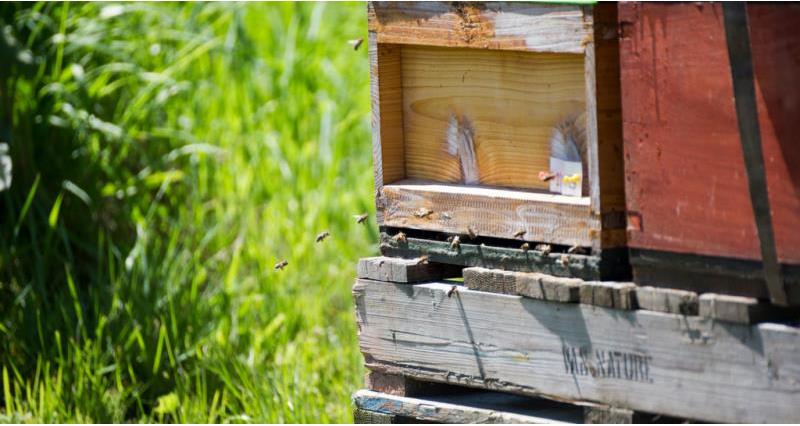 Emily is no stranger to agriculture, having grown up on a mushroom farm, but initially she went to university to study geography and had plans to join the RAF. However, a stint on her family farm while she decided her future, led to a change of direction and she applied to join a fresh fruit graduate scheme through Berry Gardens, where she rotated between four different fruit businesses over a two-year period.

“My third placement was at Lower Hope where they offered me a job so I came back as assistant manager and then, 18 months ago the fruit manager retired and I stepped into that role,”
says Emily.

The work is seasonal and the really busy period is approaching, but Emily loves the buzz that surrounds picking and packing.

“It’s all picked by hand so is labour-intensive. We are not as big as some farms, so we have 250 people seasonally in the packhouse and the field. The workforce is mainly from the more rural villages of Bulgaria and Romania.

“In the summer it’s full-on and exciting and anyone who works here loves that buzz of the season and the adrenalin hit you get – we are as busy as the bees!”

:: This article originally appeared in Countryside Magazine - find out how to subscribe here.