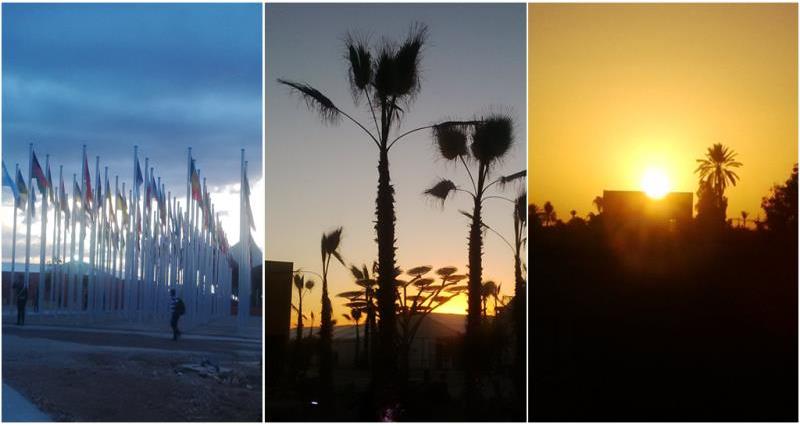 “Our vision is for no farmer to be left behind.”

This is how the Farmers Constituency signed off at the COP22 talks.

“Despite the lack of progress of agriculture,” Charles Ogang, President of the Uganda National Farmers Federation told Ministers and Heads of State, “we are still optimistic – when you’re a farmer, reliant on weather and climate, you have no other choice”.

He added: “Climate change will challenge even our capabilities, so we must foster a world where innovation and technology transfer, investment in research and extension, improved farm business profitability  and an ambitious financing framework - particularly for farmers in developing countries - transform farm productivity and resilience across the world.”

In the main talks, negotiators agreed to finalise the rules of the Paris Agreement by 2018 and developed a clear roadmap to meet that deadline. The Marrakech Action Proclamation celebrates unstoppable global momentum on climate change (‘one of the greatest challenges of our time’)  and sustainable development action, not only by governments, but by science, business and global activities of all types at all levels. It calls on all countries to strengthen and support efforts to ensure food security and to take stringent action to deal with climate change challenges in agriculture.  The number of countries who have ratified the Paris agreement is now over 100 with the UK signing up during the last few days of the conference.

Representatives from 47 of the world's most disadvantaged nations, the Climate Vulnerable Forum, pledged to generate all their future energy needs from renewables. They join over 80 of the world’s leading companies in going 100% RE .  And farming has a key role. The UK Farming Unions and the World Farmers Organisation have shown the huge potential of land-based renewables to deliver clean energy, contribute to energy security, diversify farm businesses and bring additional benefits to the environment.

Throughout the conference, the results of the US election have caused some concern amongst the international community and as the COP22 talks in Marrakech came to an end, incoming COP23 president, Fijian Prime Minister Frank Bainimarama, said that the islands needed the US now as much as they did during World War Two. Time will tell whether the Trump administration will answer the call or risk getting left behind.