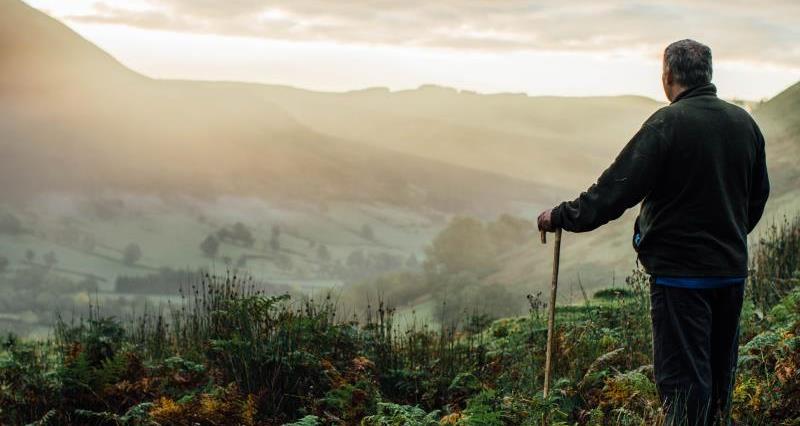 Hedd Pugh is the chairman of the NFU Cymru Rural Affairs Board and the Welsh representative for the NFU Environment Forum. In this blog he brings us up to speed with the Welsh Governments ambitious plans for trees, trees........ and more trees!

There’s a lot going on in Wales right now, whether it is a new First Minister, the recent ‘Brexit and our Land’ consultation which set out proposals on future land management in Wales or the Welsh Government announcement that new regulations will be introduced to tackle agricultural pollution which is to be introduced from 2020.

But recently we’ve been talking trees, and lots of them! The NFU Cymru Rural Affairs Board which I chair has raised many concerns with the Welsh Governments staggering ambition to plant an additional 66,000 hectares of trees in Wales by 2050.

This comes as the Welsh Government is expected to publish its first Low Carbon Delivery Plan this spring, following consultation over the summer setting out its proposals for each sector on the low carbon pathway.

The consultation contained proposals for power, transport, buildings, agriculture, land use and forestry industries, as well as the public sector and waste.  For land use and forestry, the proposals include a substantial number of additional trees planted at a rate of 2-4,000 hectares per year on Welsh land – 90% of which is suggested to come from afforestation with 10% taking the form of agro-forestry.

So how would this change the rural landscape?

To put Welsh Government’s current proposals into context, the average farm size in Wales is 48 hectares. To achieve afforestation on the scale proposed would require the complete afforestation of some 1,400 farms in Wales. That is the removal of 1,400 farming families from the land, all of whom make a valuable contribution to their local economy, rural communities and the Welsh language. This would be detrimental to Welsh farming and our heritage.

It is vital before moving forward, that Welsh Government undertakes a full assessment of the impact on the farming families affected, our rural communities and language, the economy and the environment. In the absence of a full regulatory impact assessment, we remain wholly unconvinced that Welsh Government is seeking to strike an appropriate balance between decarbonisation and meeting wider economic, environmental, social and cultural objectives.

“Farmers are the solution, not the problem”

As farmers we recognise the very important role that we have to play in contributing to the decarbonisation agenda in Wales. Farmers are already making a significant contribution through achieving efficiencies in production; through investment in renewable energy technologies, as well as other practical measures, such as tree and hedgerow establishment and management on their farms. A more balanced net carbon position should be established for Welsh farms, recognising the positive contribution of these activities.

Carbon was once an alien word in the farming conversation and it is now something we are beginning to discuss.  We recognise our unique role as a sector but we are also clear that the burden of decarbonisation should not fall unequally on Wales’s rural and farming communities. I’m sure that many farmers would be happy to contribute further to decarbonisation and plant more trees, but there must a flexible and practical way of doing this such as utilising unproductive pockets of land and not hindering our industry with mass afforestation.

It is important that Welsh Government does not seek to reach targets in Wales by ‘off-shoring’ food production to other parts of the world. This would be a wholly unsustainable position for Welsh Government to adopt and would not align with the Paris Climate Agreement in 2015, which recognises the fundamental priority of safeguarding food security.

NFU Cymru’s Rural Affairs Board was clear, that whilst farmers are very keen to continue to contribute to the decarbonisation agenda for Wales, indeed, we are one of the few sectors who can actually sequester carbon through our activities. Targets must not be achieved through the displacement of people and communities.

To find out more about Welsh policy and what's going on across the boarder, visit NFU Cymru Online

Past minutes and biographies for the Environment Forum can be found on their dedicated page here.