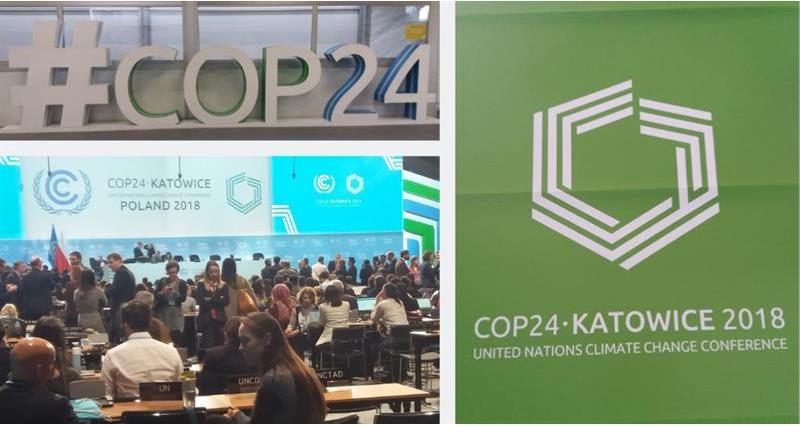 The end of the first week of international climate talks and the start of the second has seen a rise in diplomatic heat as the technical negotiations hit a few buffers and national government ministers begin to arrive. The challenge - making sure the Paris Agreement is supported by fair and balanced Rulebook that will enable us to limit global warming to 1.5°C.

Like any ‘sector’, these negotiations have their own peculiar language. I have found myself bemused by talk of ‘Vienna settings’ and finding ‘landing zones’, and I wondered what it really means when a negotiator says that he is ‘extremely, extremely concerned’ by the direction of the discussions.  The furore over the IPCC 1.5 report is a case in point, when four countries - the USA, Saudi Arabia, Russia and Kuwait – objected to ‘welcoming’ it: instead, they just wanted to ‘note’ its contents.  Attempts to find a compromise failed, leaving all other countries ‘deeply disappointed’.

Other events at the summit have provided some much needed distraction.  A New Zealand farmer, enthusiastic about the benefits of precision agriculture and the data it generates for his business, was clear about ownership of that data. “Farmers own the data and they shouldn’t give it away unless they want to”, he insisted.  And at a workshop on ‘innovative sustainable finance’, speakers felt that the land use sector was a world of opportunity.  For example, the Global Innovation Lab for Climate Finance, which is piloting the next generation of climate finance instruments, has established an Agricultural Supply Chain Adaptation Facility. This facility has partnered with with agri-businesses to provide small to medium-sized farmers in developing countries with technical and financial support for climate-resilient investments through their supply chains.

Katie Milne, president of the Federated Farmers of New Zealand and WFO board member, felt that the sharing of research and production best practice across the world is a route to the largest biological GHG emissions reduction. There’s a lot of truth in what she said. According to a FAO report, in 2013, the emissions from dairy production alone in Ethiopia were 116Mt CO2e. In contrast, the total annual emissions from all UK agriculture are around 50Mt CO2e.  This is an example of where international collaboration amongst farmers is critical, to help and support each other in solving our common climate challenges.