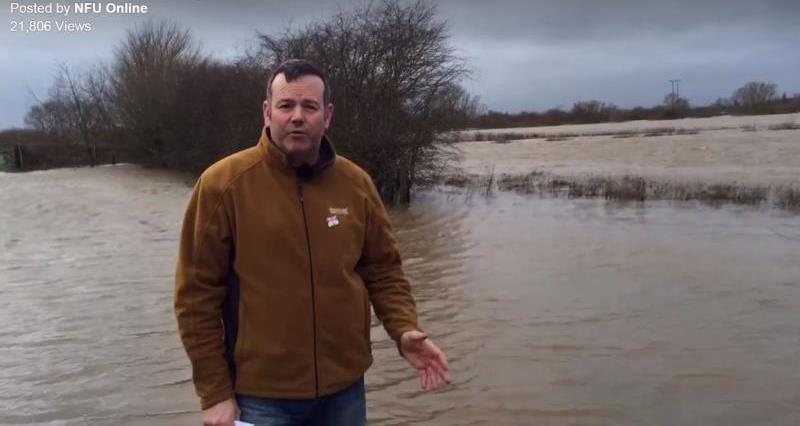 Farming has lots to offer on climate change mitigation and adaptation, including carbon capture and alternative raw materials said Richard Bramley, NE representative on the Environment Forum. He was speaking at the launch of the Parliamentary Office of Science and Technology (POST) note on Agriculture and Climate Change.  The event was chaired by Lord Teverson, Chair of the Lords EU Energy and Environment Sub-Committee and member of the Lords European Union Committee.

Richard went on to talk about how he is already seeing the impacts of climate change in drought and floods. He highlighted the NFU’s aspiration for agriculture to be climate neutral by 2040 and the critical need for all stakeholders to engage with farmers on this transformational journey.

“British farmers want to lead the way, they can’t do it in isolation” he said.

“We have varied landscapes, good soils, and good farmers willing to work to improve sustainability, but it is not helpful for commenters to talk about farmers as the problem, when they are under economic pressure. Better recognition in the market place could help drive change quicker” Richard added.

Other speakers at the launch included Dr Robin Fears of the European Academies Science Advisory Council (EASAC), Professor Tim Benton of the University of Leeds and Chatham House Visiting Fellow, Indra Thillainathan of the Committee on Climate Change and Dr Luke Spadavecchia from Defra’s science team.  This led to a wide-ranging discussion covering trade, the market, land use and changing consumption. Attendees – members of both Houses of Parliament - valued the opportunity to hear from a real farmer.

The POSTnote on Agriculture and Climate Change is available here