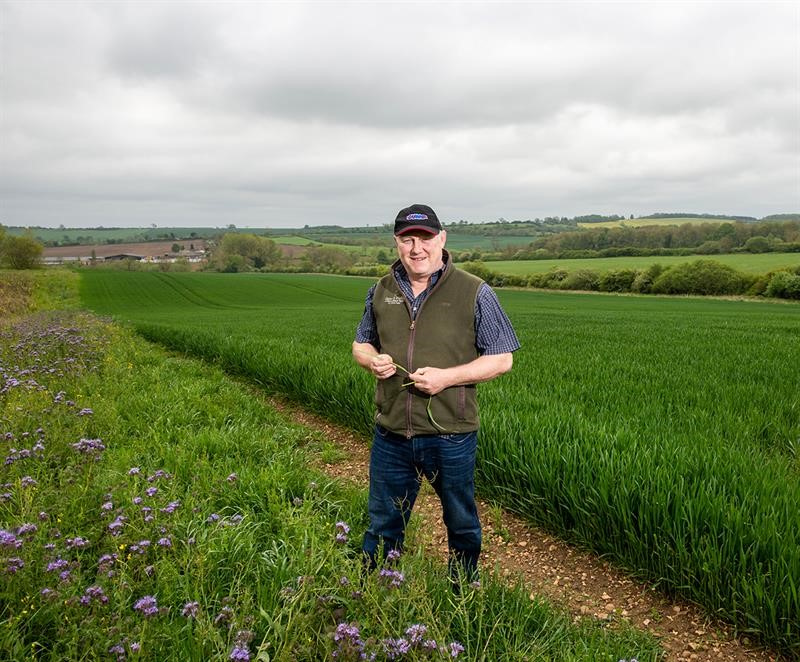 Phil Jarvis is the Head of Farming at the Allerton Project farm at Loddington in Leicestershire. The farm is 333 hectares growing winter wheat, winter oilseed rape, winter/spring oats, winter/spring beans and herbal and grass leys. Sheep also graze 30 hectares of permanent grassland. The farm has 20 hectares of woodland and numerous stream and ponds within its boundaries.

A balanced and cohesive approach

Mr Jarvis began discussions with the Government’s 25 Year Environment Plan, which sets out their clear aspirations to improve the UK’s environment. He emphasised the need for a balanced and cohesive approach and reiterated the ‘NFU’s ambition for British farmers and growers to be global leaders in climate-friendly food production, alongside their role in maintaining and improving our environment.’

Discussing the future of British agriculture, Mr Jarvis talked through what new legislation, such as, the Environment Bill and the Agriculture Act would mean for farming. He also spoke about how these might be implemented following our exit from the European Union.

The main focus of Mr Jarvis’s presentation was ELMs (Environmental Land Management Scheme). He set out the NFU’s position that the future scheme must allow farmers and growers to contribute to our environmental objectives, while simultaneously complementing the wider farm business and enabling innovation.

He went on to elaborate that while Defra explores different models of implementation, these must not come at the expense of uptake, emphasising the need for concise and clear guidance along with tailored, realistic, and appropriate on farm implementation. As seen in the ELMs consultation summary of responses it was clear that a leading contributing factor to poor uptake was poor experience of previous agri-environment schemes, along with concerns over continued complexity.

Mr Jarvis concluded by highlighting the pivotal role agriculture can play in future environmental ambitions continuing to maintain and enhance the landscapes around us along with producing the nation’s food. Concluding, he restated the importance of any future scheme being accessible to all and to harness the enthusiasm of an industry, best-placed to tackle the climate crisis.