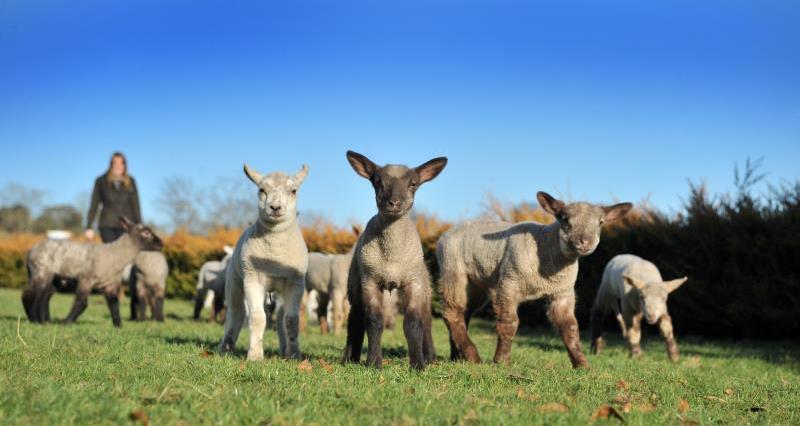 In the often polarised debate about livestock and climate change, are ruminant animals – beef, sheep, and dairy - the snakes in the ‘game’ and eating-less-but-better meat, turning vegetarian or vegan the ladder to winning the climate challenge?  Make your own way through these tricky farming and environmental puzzles….

So the first throw of the dice brings you to the bottom of a long ladder that takes you to a future with no ruminants at all. That means no more belched methane going into the atmosphere.  All the land that was used for growing crops for livestock can now be used to feed us or set aside for biodiversity. But just as the end of the ‘game’ is in sight your next roll of the dice lands you on to a snake. Yes, some grains and other feedstuffs including soya are used to feed ruminants at different times in their lives but the grains (feed wheat) are of a different quality to human food supply chain requirements and in the UK, most of our ruminants are grass-fed. Or in the case of oil seeds such as soya or rape, the oil is extracted for human consumption and animals are fed the residue that is left.

Then what about all the by-products from the food and drink industry such as distiller’s grains which are currently fed to livestock?

And what about grass?

It’s all very well chewing on a grass stalk in the height of summer whilst contemplating a glorious landscape but it’s quite another for a human being to get any nutrition out of a bowl of grass morning, noon and night. So that snake becomes a python taking you a long way back down the ‘game’ unless all these things – food waste, grass - end up in a biogas plant of course, creating heat and energy. 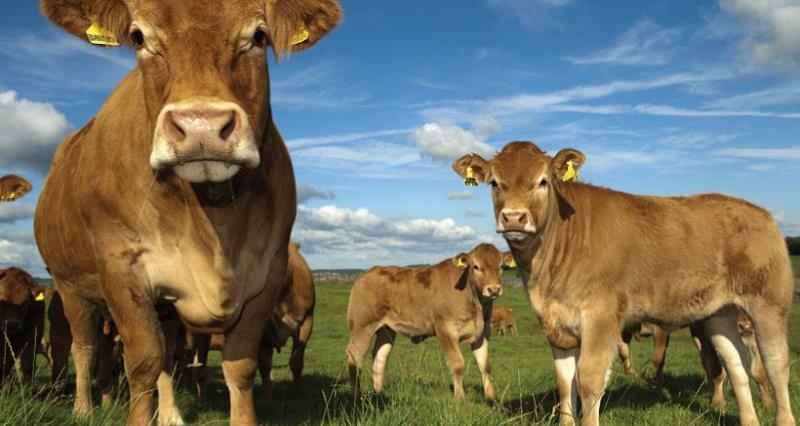 Yes there are other things we could do with our grasslands but without ruminants why would we keep them all?  We could grow trees instead. These will eventually store more carbon but this also comes with an initial cost when the carbon that’s currently stored in our grasslands is lost to plant those trees. We could make more space for nature.  Won't biodiversity thrive without ruminants in our landscapes? But ruminants have been part of our countryside for centuries and some of our wildlife has evolved with them. For example, the Large Blue Butterfly relies on the complex relationship between butterfly caterpillars, red ants and sheep. And where would dung beetles be without any dung? They need a ready supply of good quality poo. So depending on your biodiversity/landscape objectives has your next roll of the dice taken you up a ladder or slipped down a snake?

Anyway won’t we find a way to grow crops on the grassland that makes up about two thirds of the UK’s farmland?

Is this a step up a ladder? The combination of soil, topography and climate all make this unrealistic, so take your foot off that rung. And what about soil organic matter? There are a number of publications which talk about our soils being in crisis. At a time when there are more vegetarians and vegans in the UK, British arable farmers growing crops like wheat are looking to re-introduce livestock often ruminants, into their farming systems to help improve soil health - livestock manure a valuable source of organic matter - and manage weeds. Ruminants are especially important to organic farming systems.

And finally something that feels like an especially slippery snake - where’s all the nitrogen going to come from to feed crops? Without other sources of nitrogen we’ll have to rely on the marvels that are legumes, fixing nitrogen both for the next crop and for us to eat. Will this make enough nitrogen for our farming systems which need that nitrogen returned to the soil and still leave enough for pulses to be harvested to directly feed our population? It’s not possible to grow legumes on the same area of land every year – they have to be grown in rotation to avoid the build-up of pests and diseases.  Using manufactured nitrogen would take you up a ladder out of this possible snake pit but many would see this as a snake not a ladder.   Putting food waste into biogas plants produces heat and energy and a nutrient-rich digestate which could be put back on land but reducing food waste is critical.

So have you lost track of where you are in this ‘game’? Unfortunately tackling climate change is anything but. In reality it is of course one of the greatest challenges facing our planet.  But there don't appear to be any silver mitigation bullets for a biological system like agriculture that come without unseen consequences for our farming systems and for some of the other things we all want to save from our human actions.