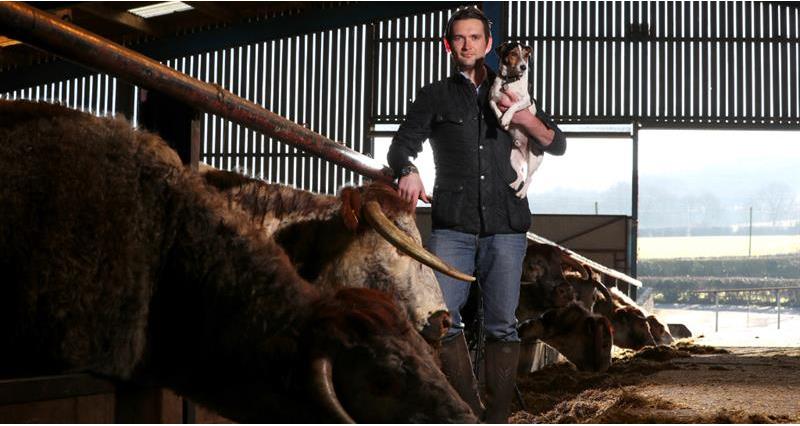 Joe Stanley runs a 750 acre mixed farm in the National Forest in Leicestershire, in partnership with his parents. This is split between 200ac of grassland (100ac ‘intensive’ grass and 100ac of rough grazing) and 550ac of arable land. The arable rotation is wheat, barley and OSR. They breed Longhorn suckler cattle, and their herd consists of around 40 breeding females and around 150 head total.

This enables the diversification into genetics sales, which has helped to create Longhorn herds across the world, including in Australia. Until 2004 they also had a dairy herd, but this was sold as it became less viable. 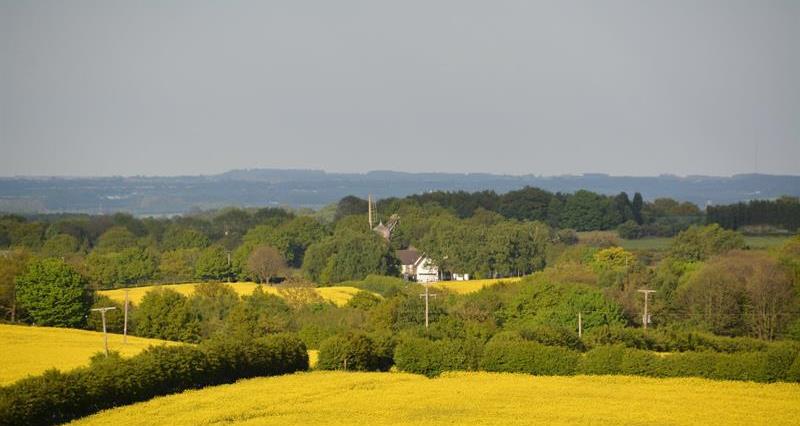 “Although the farm came out of ELS in 2016, I have kept many of the options as they worked with the farm. These include field corners and margins, as well as biennial hedge cutting on a rolling schedule. Taking part in ELS encouraged me to take these steps and increased my awareness of what I could do.

I’m particularly proud of my hedges; across the farm we’ve planted around 1.5km of new hedges, as well as gapping up or repaired older, poor quality hedges. These have to be double fenced due to the cattle, so it is more expensive, but I prefer this to just having fences, particularly as the hedges have provided a species-rich habitat. The hedges are laid using standard hedge quicks, as well as containing native species such as dog rose, horse chestnut and oak. Various species are found on farm, including lapwings, woodpeckers, owls and dormice.

Although we’ve have never put in measures specifically for lapwings, they are found all over the farm, as is a wealth of insect life, particularly butterflies. I appreciate the environmental and aesthetic benefits of using hedges over single fencing, but also moving away from annual trimming has reduced my workload for hedge maintenance. The field margins and buffer strips have also been a major win, as they make use of unproductive land and mean that resources are not wasted in these areas. This is therefore a win for the environment and helps to save me money.” 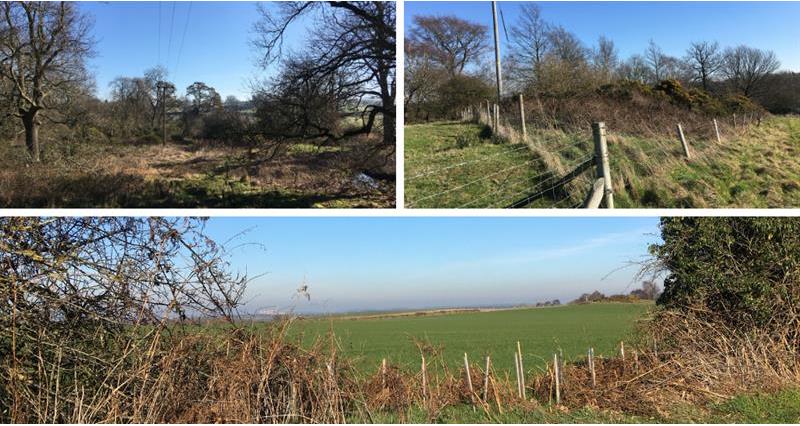 “Farming in the National Forest has also led to a significant amount of farmland being converted to woodland. In 2004, when we gave up the dairy herd, we gave 30ha to the National Forest to be rewooded. This was not only a major turnover of agricultural land for nature, but also for public access. Using grants several other woodland blocks have been created on farm; these not only improve biodiversity but also biosecurity by creating natural ‘airgaps’ between us and neighbouring stock farms.

“I’ve implemented several Integrated Pest Management (IPM) methods on the farm, alongside traditional Plant Protection Products (PPP), such as moving away from pre-emptive spraying. This not only represents a significant cost saving, but also reduces the risks around insecticide resistance. I also make an effort to use resistant varieties to reduce chemical use: this has reduced my fungicide costs to £20/ha in the winter wheat. By removing access to PPPs such as seed dressings, however, I strongly believe there will be greater risk of increased spraying, which is more intrusive and will have a greater impact on the environment.” 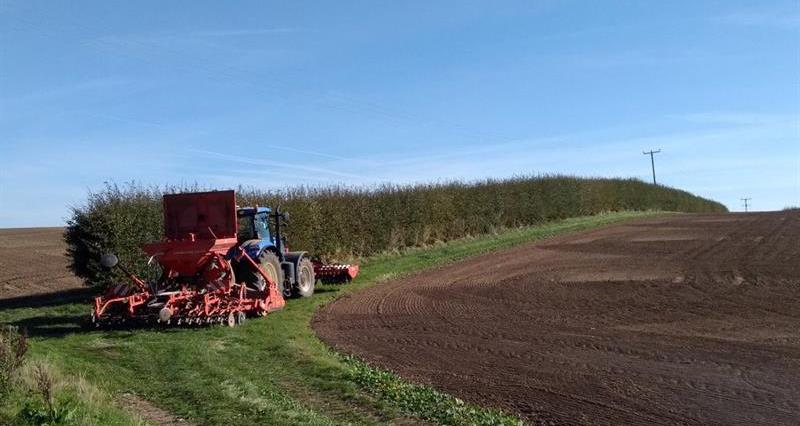 “I appreciate the broad and shallow nature of ELS as this made it accessible and flexible enough to work with us and the farm. I’m concerned that CS is too prescriptive, without taking into account the need to work with farming. Having said that, joining CS feels like the right thing to do and we believe that we could always do more, as it is good for the industry beyond the financial benefits. The difficulties in accessing application packs for CS and engaging with Natural England in general, however, as well as the low incentive and burdensome options make it a less attractive option than ELS for us. I’m also worried that, due to the lack of clarity around future schemes, we will be locked into a CS agreement post-Brexit and under new regulations.

Moving forward, I would like to see future schemes which are agronomically beneficial (for instance help to manage blackgrass), with flexible options and require less of a burden of evidence. 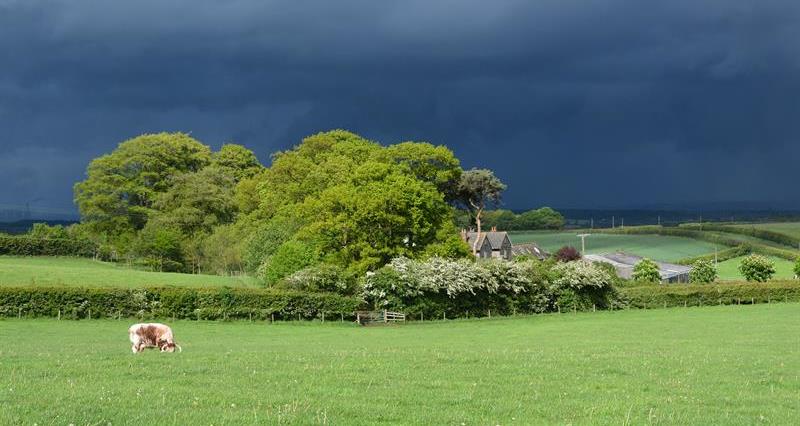 The advantage of ELS was that it allowed farmers to make use of their least productive land, and therefore worked for both the landscape and the future of the farm. I believe that there is a danger that future schemes will be based on nebulous ideas, such as carbon content, which are difficult to control and we need greater understanding of, as opposed to simple, accessible ideas that provide deliverable environmental benefits. I’m also concerned by proposals for private exchanges which require farmers to bid for environmental contracts, as I don’t believe that there are enough interested parties across the country.

Personally, I would also like greater public recognition for the work that farmers do for both the environment and food production. I fear that by ignoring food production we risk offshoring our environmental responsibility alongside our ability to produce food. We also need to think about other factors that will affect our environment and biodiversity. For instance, I used to contract farm a 12ha field which has now gone for housing development: this will impact the wildlife that did live there to a much greater extent than modern agricultural practice.

I’m also aware of the impact of lower standards of environmental protection abroad, for example on migrating birds, such as the swallows which visit the farm in the summer. When considering changes to British biodiversity, these factors external to farming also need to be considered to create a fair and accurate picture.” 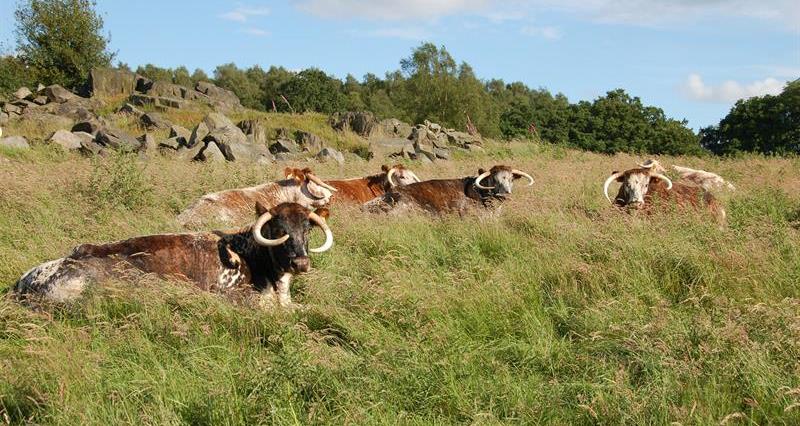