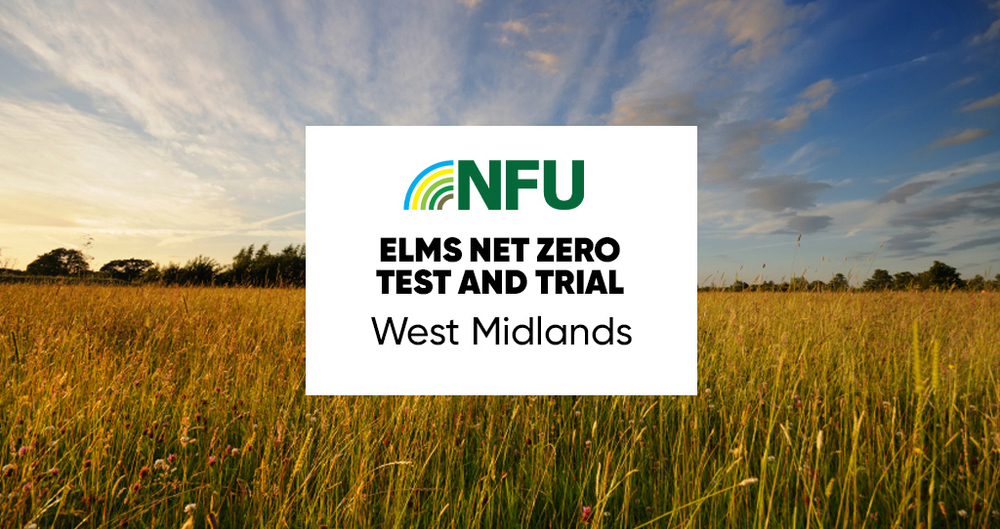 The West Midlands ELMs Net Zero Test and Trial workshop involved members from a range of farming sectors including arable, livestock, poultry, dairy and pigs. Here is their feedback.

What took place at the workshop?

The first session is designed to help farmers understand what the climate issue is and the opportunities the agriculture sector has to tackle its contribution to climate change.

The second session is more practical and looks at identifying the actions members can implement on their farms using Land Management Plans (LMPs) and GHG calculators. It aims to identify types of actions that ELMs might support.

You can read more about the NFU's ELMs Test and Trial here.

What was members' feedback?

Members provided positive feedback on the trial, while also highlighting areas where they felt improvements could be made. Having tested the map-based land management plan, members felt it was subjective and hard to quantify actions. It was also difficult to get down to the level of detail required, for example the management of different hedgerows on a farm was not easy to show on a map.

Their suggestions for improvement included:

For some members, the general discussion on the day was more helpful and relevant than the map exercise in focusing their net zero efforts and in learning where improvements could be made on farm.

"It was great to hear other members' opinions and ideas on the day. And it was useful to learn about how net zero affects other sectors, as these may be sectors we want to branch into in future as we adapt on farm to new situations."

"I can see how it would be beneficial for me to continue certain land management practices on farm for longer periods to sequester more carbon, but doing so could restrict future management. This lack of flexibility in the regulation means I am unlikely to take certain actions for net zero because that involves a permanent change to how I manage my land that I would not want to commit to."

Many attendees expressed the desire to see GHG calculators capture all the actions they are taking for net zero. It was felt that greater detail in some areas would improve the accuracy of the results and lead to greater trust in the outputs of the calculation to support decision making. Some also wanted more support in this area and saw that a 1:1 could be beneficial, but at the same time there is concern that the ELMS budget could end up being spent on advice rather than paying for the actions themselves. Herefordshire county chairman Bill Quan found his 1:1 session to be a really useful and rewarding experience.

"The session really helped focus our mind on what we have done already for net zero, and what we can do going forwards in the future. I think it is important we do have a dedicated section in ELMs to improving a GHG footprint and this would be a great way of getting support for that.

"It is a big piece of information to get your head around especially aligning your records with the calculator. You have the information in front of you but often there’s another question that needs to be answered before you have the right data to enter. The consultant was really useful for providing guidance on how to figure those specific things out. The session also made me consider how I record information as it’s much easier if you can easily extract your data in a format suitable for the calculator."