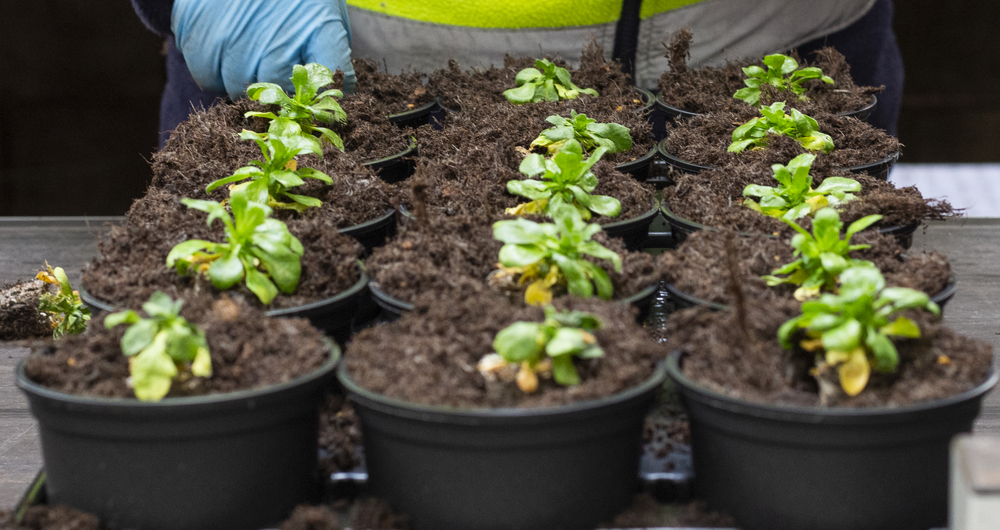 The use of plastics is front and centre on the world stage, but what does this mean for the horticulture sector? Phoebe Russell investigates...

With plastic packaging a central pillar in the ongoing global environmental challenge, there is an increasingly prominent dialogue across the supply chain, linking specifically to the horticultural sector.

The sector faces considerable change, as government and retailers look to policies which encourage switches from single-use plastics to alternative materials, and changes in recycling infrastructure, taxes and principles to ensure responsible use of plastic by producers.

The issue is closely intertwined with carbon emissions and food waste, so with the  return of the Environment Bill to parliament, it is expected that plastic use will feature prominently. For instance, the previous version of the Bill outlined enabling powers to make changes regarding plastic use.

The NFU is committed to ensuring that horticultural businesses are not unfairly disadvantaged or compromised in future policy within the Environment Bill and through ongoing consultations included within the Resource and Waste Strategy.

Pressure across the supply chain has seen retailers respond with a wide and ever-increasing range of initiatives and pledges, which have meant substantial steps to reduce, and in some cases eliminate, unnecessary single-use and black plastic in produce packaging, as well as trials of novel materials.

Several retailers have trialled loose fresh produce aisles and refill stations. However, the scope of the viability of these options are being assessed, partly due to the possibility of food waste if packaging does not protect produce as effectively.

There is also concern about the possible unintended consequences of novel alternative packaging materials. Some, which are being swiftly introduced due to consumer demand, have not yet been properly assessed for their environmental impact and energy use to manufacture.

Working closely with members, the NFU has identified some key areas where growers may be, or may already have been, affected by changes made by retailers. This includes cases where growers have not been able to cope with the speed at which changes which require investment in specialised machinery have been made.

Many growers are concerned that immediate shifts to novel materials may be short-lived and at their expense. While keen to play their part in plastic-use reduction, there are also concerns from growers around the potential for increased labour demands, and logistical and financial implications, particularly if the correct infrastructure, education and investment at local authority level is not introduced.

Several growers have piloted their own initiatives, developing alternatives to plastic packaging including compostable trays made from plant waste and the use of cardboard trays and pots. Others have explored black pot recycling and pot-return schemes, as well engaging with the Horticultural Trade Association’s ‘taupe pot’ initiative, which aims to reduce black pot usage across the industry.

Wider industry discussion is moving in a collaborative direction, with an increased drive for a joined-up approach that involves the supply chain as well as top-down intervention from government. While the approach is not yet detailed, the notion of a ‘circular economy’ is a common theme.

Proposals made via consultations as part of the Resource and Waste Strategy have included:

There are several themes which the NFU has identified as integral to creating positive change in this field.

1. Government and retailer policy should not disproportionately detriment or affect horticultural businesses – we want to ensure our members’ businesses are sustainable and supported in future policy-making decisions and not left with excessive additional expenses.

2. Support for growers to adapt to change and funding for research and development into potential solutions and opportunities. This could include grants for grower groups and individuals to engage in schemes, invest to contribute in the circular economy, or to trial proposed changes.

3. Standardisation of local authority framework to simplify and create joined-up recycling solutions and kerbside collections – it’s important that a supply chain approach enables the consumer to effectively dispose of packaging through effective recycling infrastructure. This could also be extended to other recycling solutions, such as supermarket depots for plant pots (similar to the current battery recycling points at supermarkets now).

Despite the wider plastics issue being a pressing one requiring impactful intervention, there are opportunities for the horticulture sector to positively lead change across the industry.

The NFU’s engagement in the Environment Bill and other consultations will be crucial in ensuring fair representation of our growers, as well as in contributing to a sustainable horticulture sector.