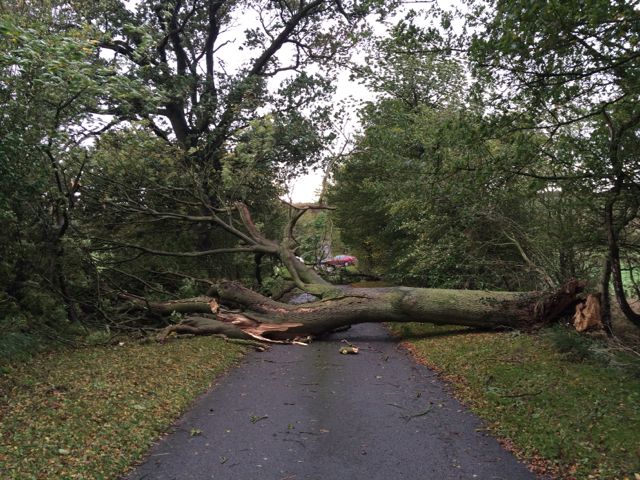 Picture: Storms in 2013 brought down this tree in Suffolk

Wind with gusts of 55-65mph - and perhaps 75mph in exposed places - are looking increasingly likely to affect parts of the England and Wales on Tuesday night into Wednesday morning.

Storm Aileen is the first 'named' storm of the season.

Areas considered at greatest risk are parts of northern England, north Wales and the north Midlands. A deepening area of low pressure is expected to cross the UK bringing a spell of very strong winds and heavy rain. Yellow weather warnings are in place.

Winds of this strength have the potential to cause disruption to transport and power supplies as well as some damage to buildings.

Met Office deputy meteorologist Chris Tubbs said: “There are no links between the very strong winds we expect to see here in the UK and the hurricanes affecting the United States and the Caribbean at present. This system originated well north in the Atlantic Ocean, independent of the current Caribbean hurricanes. It is a fairly typical autumnal low pressure system often seen here in the UK especially later in autumn.”

The Met Office has moved to correct speculation in the press this week that Britain could be hit by three hurricanes this autumn. The UK does not get hurricanes – these are tropical features.  They are larger rotating storm systems that develop over warm tropical water and are classified as hurricanes when sustained wind speed exceed 74 mph.