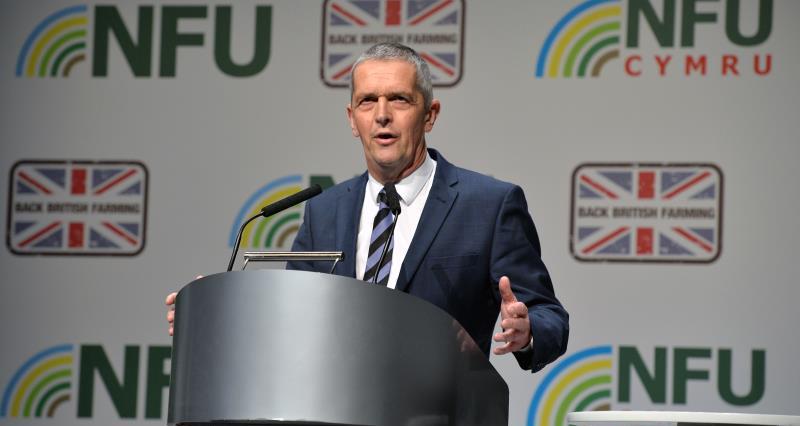 NFU Vice President Guy Smith reflects on the bridging payments announcement at last week's NFU Conference and highlights his concerns for the 4,000 or so farmers who are still unpaid.

The old adage that it feels better to be hanging together rather than to be hanging alone probably feels rather apt for the remaining unpaid 5% who are now at the end of their patience still waiting for BPS payments.

A month ago things felt more encouraging. As the RPA dashed off the 90% of payments by the end of December and then 95% by the end of January, it seemed they were on track if not gathering steam and everyone would be done by the end of February.

Unfortunately, the steam train now seems to have pulled into the sidings thereby making those 4,000 or so unpaid toward the end of the track starting to feel very forgotten and very frustrated.

The pace of payment seems to have decelerated to a few hundred a week. As ever with BPS, it is not just the lack of money that causes stress it is the lack of information. What also hasn't helped is that due to the way inspections are undertaken around the country we have clusters of unpaid. This has made members in those areas feel as if they and their neighbours are in some sort of 'unpaid ghetto'.

It would seem most of those unpaid suffered inspections and were put in the 'pending pile' as the RPA concentrated on paying the non-inspected 95%. It would also seem that the IT is now playing up thus preventing claims to be processed as planned. This hasn't been helped by reports that the RPA have only recently realised some of the satellite imagery used to make remote inspections is not giving necessary detail due to the satellites taking pictures on cloudy days. There are also endless outstanding mapping issues.

Given this impasse, the Secretary of State announced at NFU conference last week that anyone not paid by the end of March would get a 75% bridging payment. Our reaction to this was rather non-plussed. 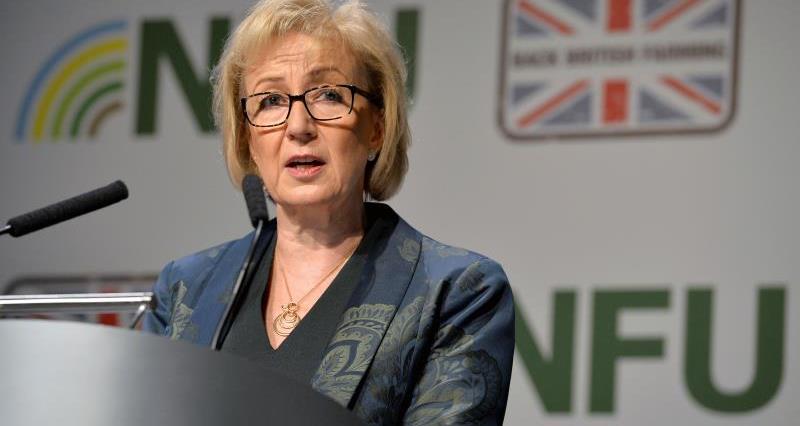 Above - Secretary of State Andrea Leadsom at NFU17

Yes - it was one of our key asks for those other paid by early January and while it's good to get some sort of guarantee of payment by Easter to help cash flow management, we would much rather most of the outstanding claimants are paid in full over the next few weeks or there had been a more transparent payment delivery plan. We very much hope more full payments will be the outcome in the coming weeks and will express our dismay if it isn't.

Although the payment performance for 2016 is much better than for 2015 with 95% paid by the end of January, there does seem to be patterns of repeated failure in IT breakdowns and payment procrastination. It is essential that Defra and the RPA get these gremlins out of the system by the opening of the 01/12/17 payment window. Some of these gremlins are now two years old and are starting to breed. This isn't acceptable.

As we approach the opening of the 2017 application window it is clear the RPA are not where they need to be. Their decks are still worryingly cluttered with uncleared debris from the near shipwreck they have been fighting against for two years now which is still causing their ship to list, the suggestion is there is 10,000 cases to look at.

As it takes on the extra load that is BPS 2017 it may prove dangerously unstable. Defra need to recognise it needs more crew and better rigging. Many of its maps and charts still aren't correct. It also has a new captain in the form of Paul Caldwell, who we have already met to raise our concerns. We wish Captain Cauldwell all the best. He has a titanic voyage in front of him.