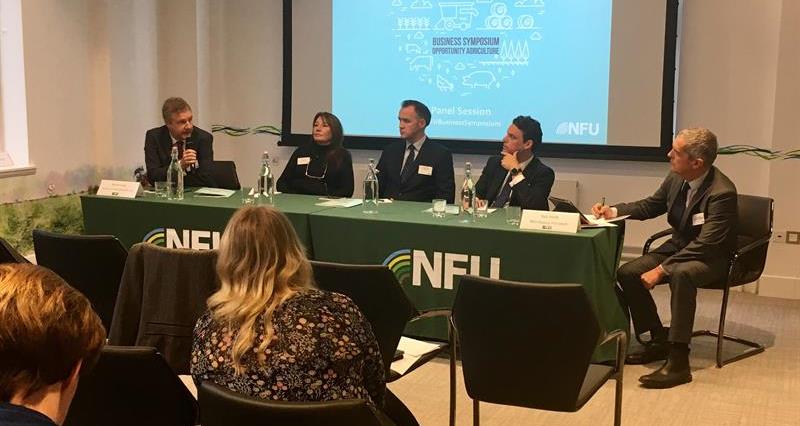 Clarity is needed from Government as to what the future farming landscape will look like to allow farmers to invest in their businesses and increase productivity, the NFU said at its Business Symposium yesterday (4 December).

Following its inaugural Business Symposium earlier this year, the NFU once again brought together business professionals such as bankers and accountants, legal experts, policy makers and farmers to address the political realities influencing the future of British farming.

NFU Deputy President Guy Smith, who opened the event and chaired the panel session, said that early indicators of the NFU’s Confidence Survey results reinforce the need for Government to provide certainty so farmers are able to effectively plan for the future.

Commenting on the event, Mr Smith said: “With our future outside of the EU still very much uncertain, there is a worrying lack of confidence amongst our membership. This is already acting as a barrier to future investment, which not only impacts farming businesses but policy makers, advisers, banks and other stakeholders.

“If we are to become a productive and resilient sector after Brexit – a sector which produces quality and affordable food for the nation and delivers for the environment – Government must provide clarity on our future after Brexit to allow farmers to plan for it.

“Farming is the bedrock of the UK’s food and drink industry, which contributes £113billion to the UK economy and employs 3.8 million people. If we are to continue this important contribution to the national economy alongside our food production and environmental responsibilities, farmers must be able to invest and make the necessary productivity gains in a post-Brexit landscape.”