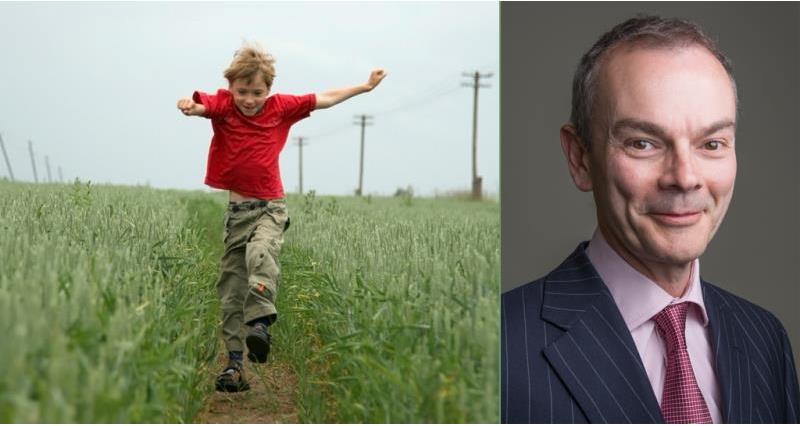 ‘Young children in the work place - Tom Price, NFU farm safety and transport policy adviser, discusses some important questions for farmers and asks is there need for a radical change?

Earlier this year I had a day of farm visits.  My final visit of the day was in the evening to an arable farm. It was the end of the day. Harvest was in full swing and the last of the tractors and trailers were coming back to unload. Very last to arrive was the combine which drove up the lane and came to a stop in the yard.  The driver climbed down out of the cab and told me and the host farmer stood next to me that he was looking forward to a beer. I thought he probably deserved it!

My host was pleased with the day’s work and said that despite the hot and dry weather the yields were not looking bad for him.

My host’s young children were in the yard whizzing by on bikes going around the yard and in and out of sheds. They looked like they were having a great time and were really interested in what was going on. They were following vehicles as they came in and talking to the drivers.  All in all it was a very pleasant evening.

Next day I was back in the office and looking at accidents involving children. The figures I saw shocked me. In the last 10 years 11 children had lost their lives in farm work place accidents.  Many more victims had suffered serious life changing injuries. Many of the deaths and injuries were the result of young children being run over by farm vehicles.

In these incidents children under the age of 13 had illegally been allowed to drive or ride on agricultural machines. Health and safety law had been broken and safe systems of work which ensured the safety of children had not been present. Prosecutions and criminal convictions followed from these accidents for the farming businesses involved because the law had been broken.

Then it hit home just how these sorts of accidents can happen. I thought all the factors had been in  place that very evening on the day of my visit for something to go very badly wrong and for the law to be broken.

I realised that the look of satisfaction I had seen on my host’s face; the look of a day well spent working hard bringing in the harvest could have changed in a second to one of tragedy and utter despair. All it would have taken was for one of the children I saw so happily riding round to be run over. What chance would a 5 year old have stood against a tractor?

I say this because I think that farm work place accidents and especially those involving small children are not inevitable. They are avoidable. It’s easy to prevent them and the way to do it is to keep children out of the yard completely unless they are under strict adult one to one supervision. It might not be easy to stop access but I would argue that it is the only 100% way to ensure children are safe and safe systems of work established.

Should I have said something that evening?  I didn’t but with the benefit of hindsight I realise I should have.  It would not have been an easy conversation to have but it would have been a lot easier than if a child had been killed or injured and my host was left facing bereavement and prosecution for breaking health and safety law.

Children growing up on farms can have wonderful experiences with exposure to the industry that is often the foundation of a lifelong love and involvement in farming. They can have childhoods in many ways far richer in experiences than children growing up in urban areas. But all farm work places contain hazards that young children are just not able to deal with and there is a need to protect them.

Should children be allowed at all in areas where vehicles are moving, bales are stacked, livestock and a host of other hazards are present that they just do not have the physical or mental ability to cope with safely? I think not.  Is it time to comply with the law.  It is illegal to let children under the age of 13  drive or ride on agricultural machines of any kind. ATVs are not toys – helmets must be worn and children just should not be carried as passengers.

Is it time farmers started keeping the farming work place just that, a work place for working persons and not an extension of the home and garden when it comes to young children?  I think that time has come.

Is it time to stop children being killed and maimed in avoidable farm work place incidents? I think that it is.’