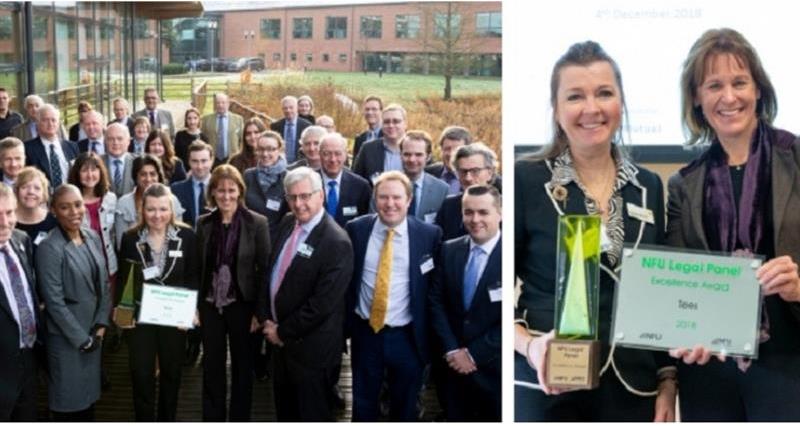 NFU President Minette Batters presents the 2018 NFU Legal Panel Excellence Award ?to Caroline Metcalfe of Tees, during the annual meeting of the panel firms at the NFU's headquarters in Stoneleigh

The NFU Legal Assistance Scheme has appointed Warners Solicitors to the NFU Legal Panel, covering Kent and East Sussex. The LAS team looks forward to working with the firm in support of our members in both counties.

The award was presented by NFU President Minette Batters to Caroline Metcalfe of Tees, during the annual meeting of the panel firms at the NFU's headquarters in Stoneleigh on 4 December.

Tees scored highly during the NFU's Legal Panel reviews for their customer service, approachability, value for money, speed of response, presence at shows and great working relationship with the region and group staff.

The NFU's Legal Panel celebrated 10 years in its current format this year. Two firms per NFU region and Wales are appointed, audited, managed, monitored and reviewed by the NFU's LAS team, working closely with the regional directors and the director of Wales.

The firms will be undertaking various activities in their respective regions to mark the anniversary for the benefit of NFU members.