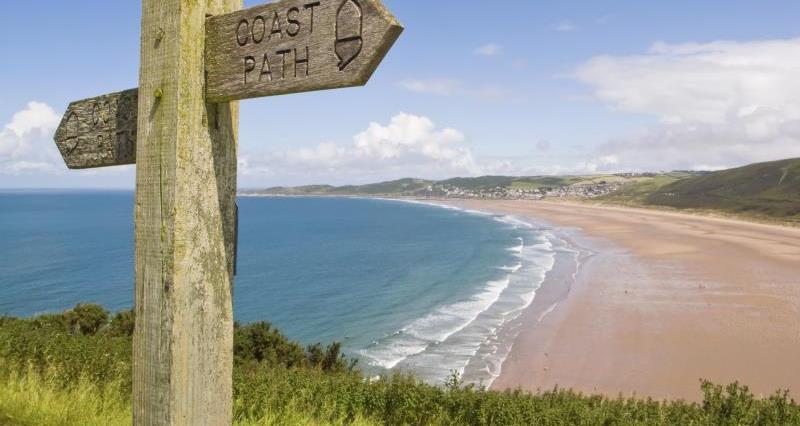 Natural England was tasked by the Government in 2014 to deliver the coastal path route by the end of 2020. As of April 2019, 70% of England’s 2,700 miles of coastline has a pathway agreed for the national route. Currently progress is behind schedule, which Natural England has put down to the EU’s 2018 ‘People Over Wind’ ruling, which requires appropriate assessments to be carried out in relation to sites with nature conservation designations.

The latest information regarding the progress of each stretch of the route can be found on the Natural England website. Scroll to the region then select the length you are interested in. This will then show you the current progress, or date of completion, of that stretch.

Currently, England has amongst the highest density of recreational footpaths compared to most of our nearest neighbouring countries, with over 200,000 km of public rights of way. Therefore, whilst we agree that “public access is a public good” there needs to be a fair balance struck between the establishment of new recreational public rights of way and the essential recognition of other services provided by NFU members land in terms of food provisioning, employment and nature conservation.

In most cases, Natural England has achieved a fair balance of interests through close consultation with affected farmers and landowners. However, in a small number of cases, the designation process hasn’t been sufficiently flexible to address the genuine operational concerns raised by our members.

In particular, there have been several cases where Natural England should have offered a more flexible approach to affected landowners and occupants.

During the debate, Mr Henderson, highlighted some of the major impacts that the ECP is having on farmers, including the fact that Natural England is not granting small businesses, including farms, the same considerations as larger businesses (e.g. holiday parks) when it comes to location of the path. Mr Henderson referred to Natural England’s behaviour as ‘land grabbing’ when he shared the experiences of one farming family who have an existing footpath (part of the Saxon Shore Way) running across the land, but Natural England are proposing an intrusive new route straight through the farm to connect the coastal path to the estuary.

Mr Henderson also mentioned coastal erosion during his speech. He stated that farmers had applied for permission to stabilise a cliff face due to health and safety concerns, however Natural England rejected the proposal and now plan on running the ECP along the top of the cliff which is rapidly eroding.

Therese Coffey MP responded by saying that the Marine and Coastal Access Act 2009 stated that coastal erosion ‘roll-back’ will be taken into consideration with regards to coastal erosion. Roll-back means that the route can move without Natural England having to go to the Secretary of State for approval, so that response to natural changes - such as erosion - is managed quickly. However, Mr Henderson responded with the fact that the ‘roll-back’ of the path will very quickly lead to it running through the gardens of his constituents.

Dr Coffey also mentioned the benefits associated with access that the Government recognise, including improving mental health and wellbeing. She also stated that Natural England must take a fair and balanced approach when considering the route of the ECP and the potential impacts it may have to farming businesses and livelihoods.

If you have been impacted by the ECP there is an official route of objection which is time-limited to 8 weeks.

The NFU has produced a briefing on how the ECP is impacting farmer and grower members which has been circulated to key MPs. There is more information available from the members’ exclusive Business Guide Coastal Access 420.

The NFU is continuing discussions with Natural England to ensure that your concerns are raised and addressed at the national level.