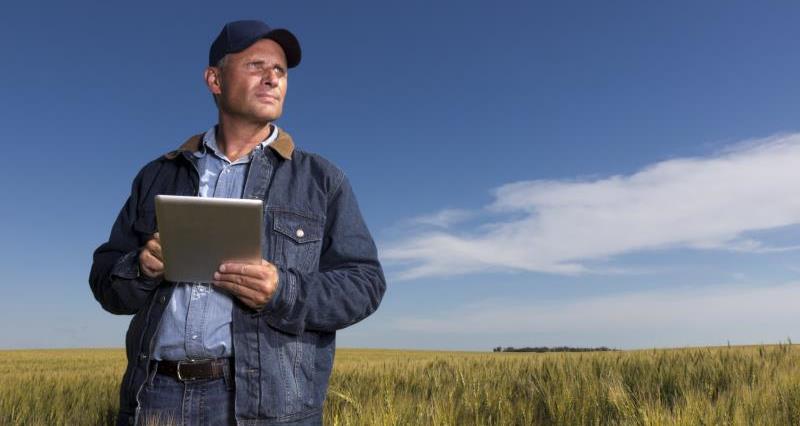 The NFU has welcomed Ofcom’s proposal to impose rural coverage obligations when it auctions new spectrum suitable for 4G coverage next year.

However, the NFU has stressed that the telecoms regulator has to do more, and to act more quickly, to get quality voice and data mobile coverage across the farm.

In particular, the NFU has asked Ofcom to be more ambitious with its obligations. Previous geographical mobile phone coverage targets for 95% coverage have already dropped to 92% for England and 83% for Wales, to meet obligations the telecoms industry may be prepared to agree to, albeit Ofcom are now looking to improve coverage quality and impose standards to get better indoor coverage.

The NFU has responded at a time of increasing frustration for farmers, who are still struggling to get a quality service, but farmers are not alone. Ofcom were also criticised last year by the National Infrastructure Commission. Secretary of State Michael Gove expressed his annoyance in his speech at the NFU's 2018 Conference. Mr Gove said:

"It is ridiculous that you can get better mobile phone coverage in Kenya than in parts of Kent. It is unjustifiable that in the country that first guaranteed universal mail provision, invented the telephone and television and pioneered the World Wide Web that broadband provision is so patchy and poor in so many areas.

"Farming cannot become as productive as it should be, rural economies cannot grow as they should, and new housing cannot be provided in rural areas as so many hopes to see and we cannot have an economy that works for everyone unless everyone has access to decent broadband and mobile coverage.” A Brighter Future for Farming: Secretary of State Michael Gove speech at the NFU Farming Conference 2018

The frustration is also shared by the All Party Parliamentary Group for Rural Business who wrote to Matt Hancock MP, Secretary of State for Digital, Culture, Media and Sport. Fifty-two MPs have signed their letter. The letter challenges the speed and ambition of rural 4G coverage, with the MPs concern that service level is dictated by the telecoms industry, rather than the public good. Read the MP letter here.

The NFU welcomes Ofcom’s proposals to impose rural coverage obligations when it auctions spectrum in the 700 MHz band for mobile use. We urge Ofcom to be as ambitious as possible in setting coverage targets for better quality outdoor and indoor coverage and to at least aim for the previously set 95% outdoor land mass coverage target.

Before finalising its coverage obligations, we also think it is essential for Ofcom to undertake more research into how rural businesses operate, to assess whether their proposals would accommodate their needs. For example farm businesses operate over a number of buildings, and 64% also accommodate diversified activities, with many residential properties also scattered across farms. Would the indoor coverage targets apply to one building or the whole farm business?

The NFU also believes that Wales should have the same coverage targets as England. Welsh farmers should not be put at a disadvantage, because mobile phone coverage has been delivered more slowly in their country.

We also encourage Ofcom to use its regulatory powers to improve mobile phone coverage using other technologies, including through the use of other appropriate band spectrum, and data roaming. We would also advocate promoting the use of dual SIM phones and mobile phone repeaters that could boost mobile signals; to deliver wider coverage and to allow higher levels of data to be accessed and shared.