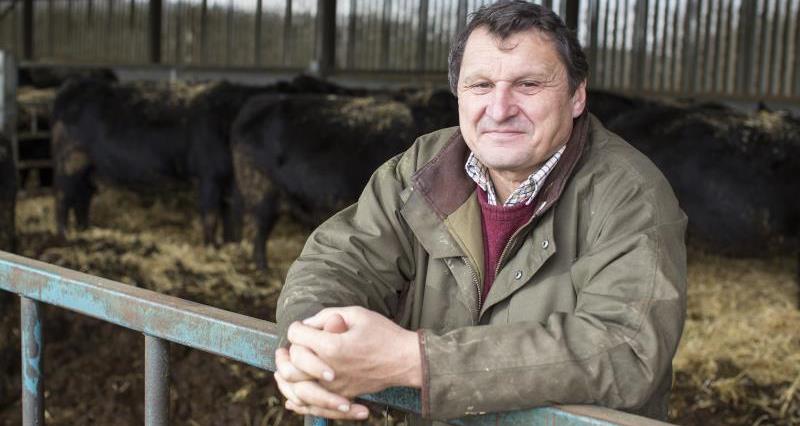 NFU Uplands Chairman Robin Milton has advice for members about his recent experiences with blanket bog management in the uplands. He writes:

For a while I’ve had concerns about the direction of travel by Natural England on blanket bog management in the uplands.

I have been concerned that Natural England has been implementing management changes through environmental schemes that reduce the long term grazing capacity of the hills, without fully acknowledging that impact.

The resultant changes in management could have negative impacts with the removal of rotational burning and the emphasis on re-wetting leading to an impact on livestock grazing regimes, for example increased potential for liver fluke around the wetted up areas, bog asphodel and long term changes in capacity to carry stock.

I met with Defra and Natural England recently where they explained the situation fully, in spite of several requests previously from us to explain the reasoning for this substantial change of policy.

Defra has been in discussions with the EU Commission over the implementation of the Habitats Directive on blanket bog, with the Commission threatening severe fines for failing to protect blanket bog by allowing burning. Defra have secured agreement with the Commission to seek the voluntary suspension of burning, with a review in 2019. Restoration burning could be allowed.

This was a good outcome, given the EU Commission wanted to ban all burning. I believe that better guidance could have been developed if graziers had been consulted earlier in the process, and we are disappointed that, for whatever reason, this did not happen.

Natural England will be contacting all rotational consent holders this spring, seeking the voluntary suspension of SSSI burning consents and seeking to replace them with blanket bog restoration plans, through adjusting existing stewardship agreements or putting new plans in place. The plans will allow a discussion about the appropriate management of the moor and whether restoration burning is required. This voluntary approach may, however, not seem so voluntary where new CS agreements are being negotiated, where land management and bog restoration plans are likely to be an integral part of any agreement.

Defra has agreed that guidance is needed that recognises the potential implications upon grazing of moorland management aimed at blanket bog restoration, although I am concerned that this may come too late in the day for all concerns to be addressed. It will be important to ensure that grazing is not sacrificed to maintain sporting activity, but a balanced approach is taken as the value to farms, farmers, hefted flocks, communities and biodiversity needs to be recognised.

If your moor has SSSI consent for burning on blanket bog (deep peat over 40cm) then I urge you to engage in discussions with the SSSI consent holder, quite often the landowner, to ensure your concerns are addressed in future management plans. It may be wise to take legal advice where new agreements are being entered in to.

Advice for NFU members
If you are asked to sign up to a new agreement, or if you feel that your rights are adversely affected by an agreement entered into by another party with an interest in the land, you may wish to take independent legal advice to clarify what your position is.