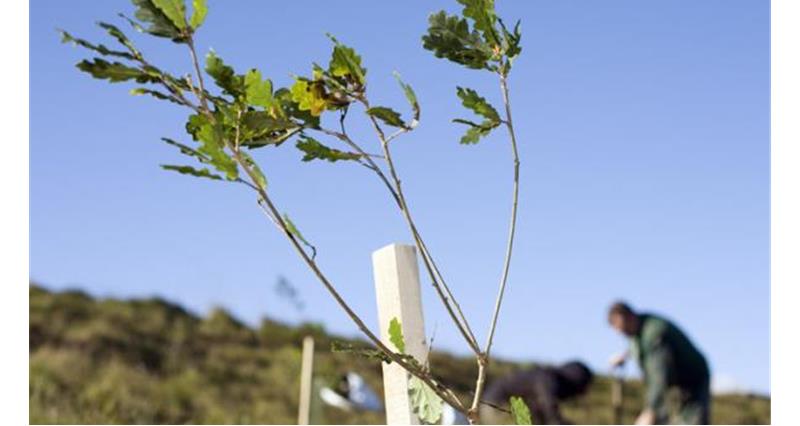 The north of England is set to for years of tree planting after ambitious plans to create a new ‘Northern Forest’ along the M62 corridor have been given a kick-start following an announcement by the PM Theresa May.

Over the next 25 years, the Woodland Trust and Community Forest Trust are aiming to plant more than 50 million trees from Liverpool to Hull, with the government providing almost £6 million to launch the first project of its kind for more than a quarter of a century.

Spanning more than 120 miles between Bradford, Leeds, Manchester and Liverpool, the proposed Northern Forest will help boost habitats for woodland birds and bats and protect iconic species such as the red squirrel – alongside providing a tranquil space to be enjoyed by millions of people living in the area.

The announcement forms part of the government’s upcoming 25 Year Environment Plan, which will set out how we can be the first generation to leave the environment in a better state than we inherited it.

PM Theresa May said: “It’s vital that we leave our planet in a better state than we found it, with cleaner air, stronger protections for animal welfare and greener spaces for everyone to enjoy.”

Environment Secretary Michael Gove added: “This new Northern Forest is an ambitious and exciting project that will create a vast ribbon of woodland cover in northern England stretching from coast to coast, providing a rich habitat for wildlife to thrive, and a natural environment for millions of people to enjoy.

“This new forest will help us deliver a Green Brexit and help to deliver on our pledge to leave the environment in a better state than we found it.”

Austin Brady, director of conservation at the Woodland Trust, said that planting many more trees, woods and forests would deliver a better environment for all – locking up carbon on a large scale, boosting wildlife habitat and greening our towns and cities.

“The Woodland Trust and Community Forest Trust estimate the new forest will generate more than £2 billion for the country’s economy. The area’s breathtaking scenery and landscape is famous across the world, and this scheme will help bolster it for future generations," he said.

The first planting will begin in March this year, supported by funding from the Heritage Lottery Fund, at the Woodland Trust’s 680-hectare Northern Forest flagship site at Smithills, Bolton. The Woodland Trust is already committed to investing more than £10 million in this project and several others over the wider forest area.

The Northern Forest will connect the five Community Forests in the north of England – the Mersey Forest, Manchester City of Trees, South Yorkshire Community Forest, the Leeds White Rose Forest and the HEYwoods Project – with green infrastructure and woodland created in and around major urban centres such as Chester, Liverpool, Leeds, and Manchester.

It will follow on from the successful National Forest, which transformed 200 square miles of industrial site in the heart of England. The forest now attracts more than eight million visitors a year and has seen wildlife like otters, water voles and dragonflies flourish.

NFU Director of Policy Andrew Clark said: “Farmers manage over 70% of the UK’s land and play a unique role in producing food while protecting and enhancing our countryside.

“Provided that the importance of food production is not forgotten, the Northern Forest project offers a new opportunity for farmers to contribute towards creating a rich habitat for wildlife to thrive, and a natural environment for people to enjoy.

“Next week the NFU is meeting with the Woodland Trust to discuss the project and we await further information. We know the Woodland Trust and the Community Forest Trust will work with farmers to ensure this project creates a productive, agricultural landscape that suits us all.”