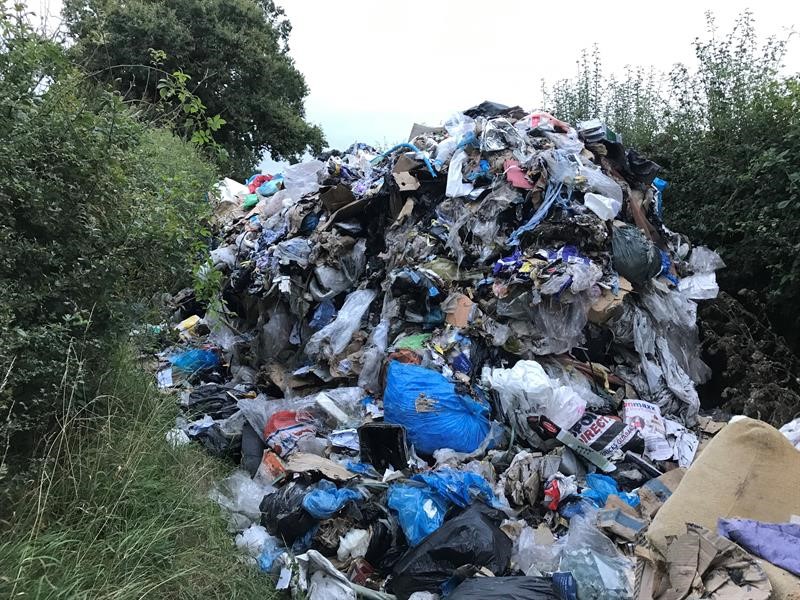 Farmers impacted by large-scale waste crime are being urged to give their views to the Environment Agency through a new survey which will aid the fight against criminal activity.

The survey has been designed to help assess how local communities, the waste industry and associated sectors, such as farming, are being impacted and how regulation can be used more effectively to combat it.

The EA wants to hear from as many farmers as possible who have experienced illegally dumped waste on a massive scale, the inconvenience it causes and financial implications for removing it.

The NFU says proportionate penalties for offenders and easier ways for the public to reduce, re-use and recycle waste, will help in the fight against fly-tipping that continues to be a blight on the iconic British countryside.

With almost half of last years’ respondents to the survey saying waste crime had impacted their industry sector or clients, there has never been a more important time to help the EA stop these criminals from continuing to infiltrate legitimate businesses, damage the environment and cause distress to rural communities.

Have you observed or been affected by large-scale waste crime? The EA invites responses from farmers and landowners, environmental consultants, insurance companies and local authorities.

NFU members can take part in the survey here which will be open until Monday 22 March.

"Every day I hear how farmers’ fields are being bombarded with rubbish illegally dumped. It’s extremely costly and time consuming to remove, is dangerous to human health and harmful to wildlife and livestock. Although farmers do all they can to prevent fly-tippers, such as installing gates, warning signs and security cameras, in many cases these deterrents do not work."

“Protecting our customers and local communities lies at the heart of what we do at the Environment Agency. We want to ensure that our regulation of the waste sector increases compliance and co-operation while clamping down harder on those who show complete disregard for both the environment and those operating legitimately.

“As England’s waste regulator it’s vital that we know the views of our customers and those affected by waste crime, and I strongly encourage everyone to complete our new survey to share your views and experiences.”

The survey has been commissioned by the Environment Agency and is supported by the NFU, Chartered Institution of Wastes Management (CIWM), Environmental Services Association (ESA), and the United Resource Operators Consortium (UROC).