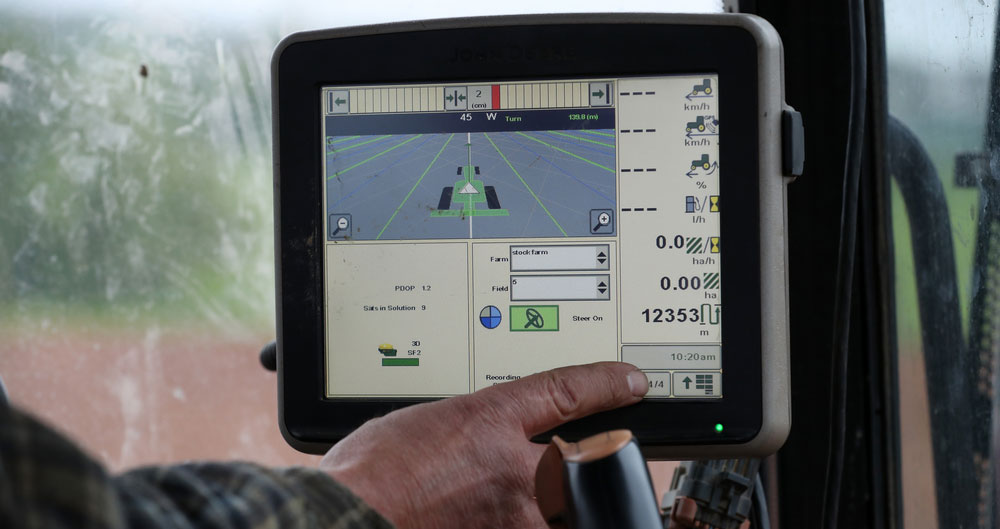 Following an increase in GPS thefts, the NFU is urging farmers to protect their equipment and take appropriate steps to make it as difficult as possible for thieves to gain access.

The NFU first saw a surge in thefts prominently in the East Anglian region pre-harvest, but the trend rapidly spread into a nationwide issue leaving police and insurance companies to deal with cases from all across the country. Lincolnshire police recently issued a warning after 13 thefts were reported between 17-19 September with thousands of pounds worth of equipment being taken.

Thefts of GPS systems is a major concern for farmers, the equipment can be costly to replace and can massively disrupt day to day farming operations. The technology plays a vital role in modern farming and thefts of systems can take time to replace, causing delays during busy periods such as harvest.

In one case, NFU county chairman for Lancashire Lisa Edwards recently fell victim to the tech-savvy thieves. Although they took appropriate measures to secure their tractors in an alarmed barn, they were unable to remove the GPS dome from the combine. Unfortunately, it was soon stolen alongside the screen used to operate the combine. It had huge consequences meaning harvest was delayed while a temporary screen was fitted. All together it cost nearly £10,000.

The NFU is working closely with the National Police Chiefs Council lead for agricultural plant theft to tackle the new crime and raise the profile of this issue. It is also important members report any suspicious behaviour, particularly vehicle registration numbers, to the police via 101.

As the main insurer of the UK’s farmers, NFU Mutual is also urging farmers to ‘pin it or pen it’. They are advising farmers to make the most of pin enabled security if available on their GPS kit, or to get back to basics and indelibly daub postcodes onto their systems.