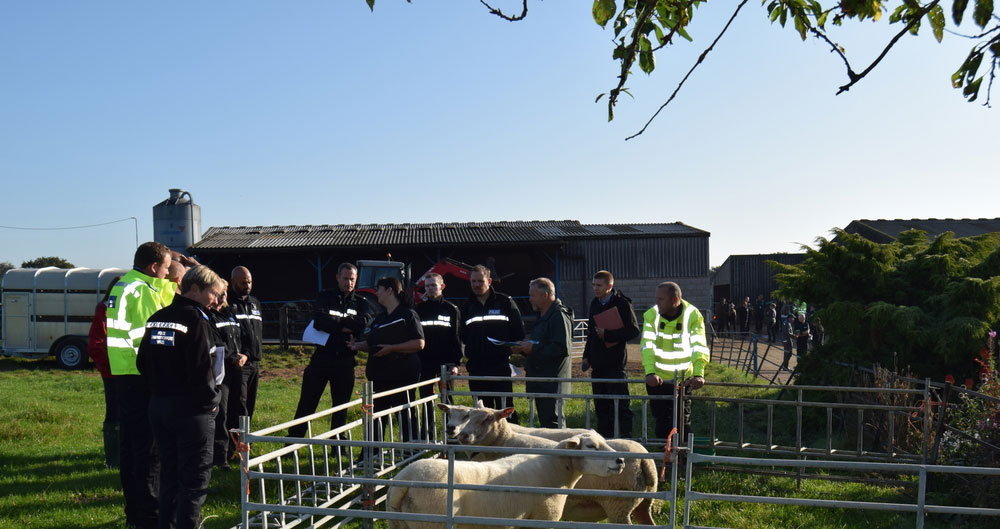 This year has seen a sharp rise in the number of farms targeted by livestock thieves, some of whom have found the remains of stock callously butchered in the fields.

Police think rogue butchers or abattoir workers are behind the attacks, which have left farmers shocked as well as out of pocket. Evidence indicates that organised gangs are involved and are then selling the meat into restaurants or shops. People are urged to avoid the meat as it may have come from animals who were receiving medicines, making it unfit for human consumption.

NFU Deputy President Guy Smith said: “These horrific incidents are having significant impacts on farmers across the Midlands, leaving farmers emotionally distressed and with great financial loss for their business. Farmers are not just losing one or two sheep, this is large scale butchering that in some cases is wiping out generations of breeding sheep. Police believe that the professional butchery skills used in these incidents indicate that organised criminals are responsible and I would urge anyone with information to come forward to the police.”

George Bostock, assistant county adviser for Warwickshire and Worcestershire, told a meeting of police officers: “Sheep butchering is a real issue for farmers. Remember that it isn’t just a workplace but the family home – children are waking up on a Sunday morning to horrific sights. It isn’t just the financial loss but the loss of years of breeding stock and bloodlines – for farmers this is devastating.”

Livestock worrying has huge implications for farmers across the country. Dog attacks on livestock are costing an estimated £1.6m a year. More recently, there has been increased incidences of illegal sheep butchering which causes huge distress to other livestock, farmers and their businesses.

"As well as financial loss to farmers, these crimes are deeply disturbing for farmers and members of their families who find the heads and entrails of slaughtered sheep. There is also a risk to human health from eating meat which has been butchered in unhygienic conditions and may be from animals which have had medical treatment which makes them unfit for human consumption.”

According to figures released by the insurer, farm animals worth £2.5m were stolen in 2018 – an 11% rise in cost over two years. Ms Davidson said: “A generation ago, rustling was typically a local crime involving a couple of lambs. Now it’s an organised crime with dozens or even hundreds of sheep worth thousands of pounds being taken in a single raid. Livestock theft is particularly devastating for small farms, as the loss of a number of stock can wipe out profits and disrupt the operation of the farm for years as they rebuild flocks.”

:: NFU Mutual advises farmers and butchers buying stock to check livestock records and ear tags carefully to make sure they are not buying stolen animals.

As of October 2019, a number of arrests had been made in the Coventry area, but as yet no-one has been charged.