Farmers are being urged to keep making the case for glyphosate on social media and to their MEPs, as the campaign to get it reapproved enters its crucial final phase.

Updated: EU member states have failed to reach agreement on the renewal of glyphosate's licence for 10 years (25 Oct 2017) read more. 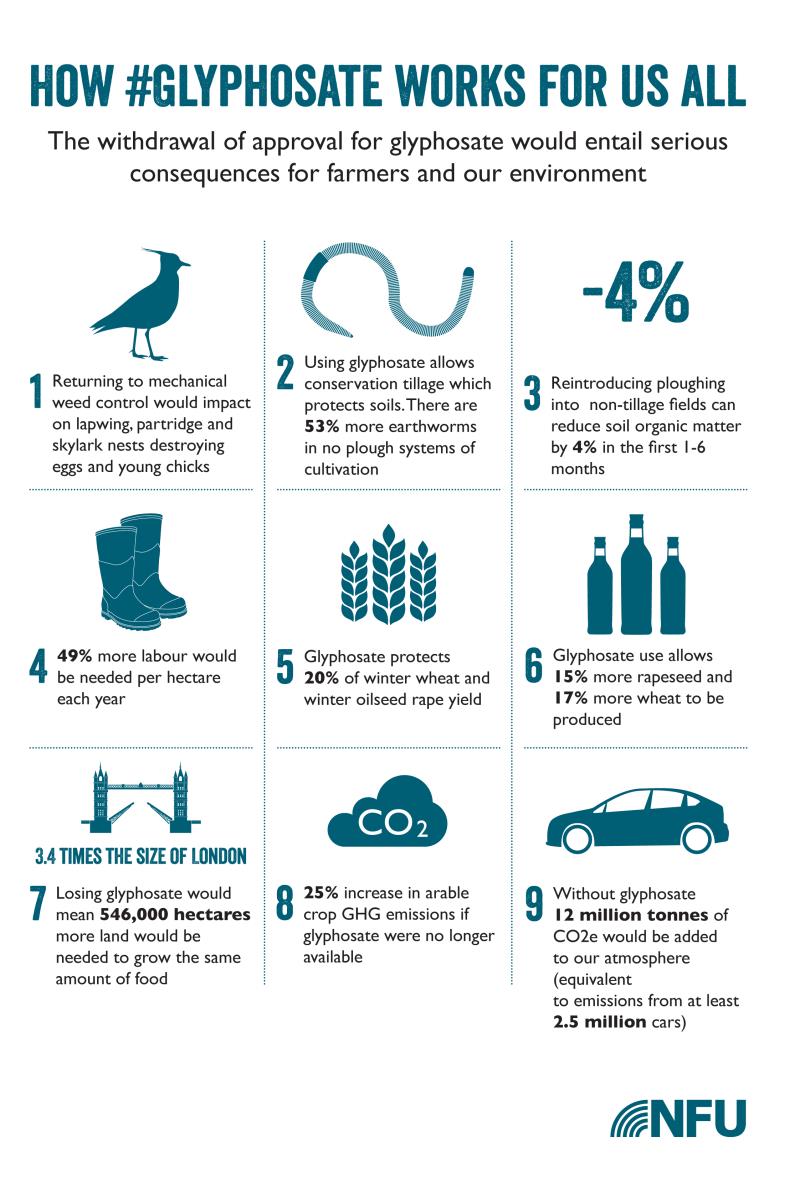 With a vote on glyphosate’s future due to take place before early November, NFU Vice President Guy Smith warned a decision not to reauthorise glyphosate would have major implications for the regulation of pesticides in the EU as well as a significant impact on the environment and food production.

He urged farmers to continue highlighting the importance of glyphosate, its environmental benefits, and its safety via social media and through letters to, and meetings with, their MEPs.

“The NFU will be continuing to work with other European farming bodies to highlight the safety and importance of glyphosate. We will be urging Copa to step up its game and make sure as many governments as possible vote positively because this product in not just important for British farmers, it’s important for all European farmers.

“We can take nothing for granted and there’s no room for complacency. We will be doing everything we can in Brussels to push for reapproval for 15 years. Last year the Commission was prepared to reapprove glyphosate for 15 years. Since then the European Chemicals Agency (ECHA) has published its opinion further reinforcing glyphosate’s safety, and yet the Commission has only proposed a ten-year reapproval period, when there is no regulatory reason for this.

“If it is only reapproved for ten years, despite all the evidence and when there are no clear regulatory grounds for such a decision, there’s a big concern that this will undermine the regulatory process and set a dangerous precedent for the approval of other active ingredients in future.

“Glyphosate plays a vital role in agriculture in the UK and around the world. It reduces the need to use other herbicides, it helps to protect soil and cut greenhouse gas emissions by reducing the need for ploughing, and it enables farmers in this country to grow crops that help produce safe, affordable, high quality British food. Without it yields would fall, more land would be needed to grow food, and there would be an impact on food prices.

“This is why the NFU will continue to lobby for decisions like this to be based on science and evidence and why it’s important that farmers continue to make the case for reapproval on social media and to their MEP.

“I’ve been heartened that, over the last few months, I've met with dozens of MEPs and MPs who have not needed much convincing about the importance of glyphosate being re-licensed because they have already heard from NFU members who had made the case. That concerted voice is crucial so can I urge as many of you as possible to make one last effort to highlight why glyphosate is vital as this issue approaches its culmination.”