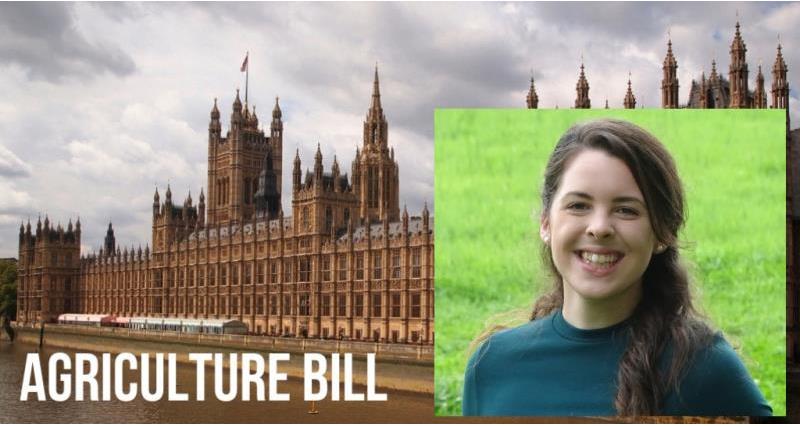 The new Agriculture Bill presents a real sea change for our industry, but what does it all mean? Rebecca Hesketh, EU exit and international trade adviser, investigates.

All eyes have been on Defra over the last couple of weeks as it unveils the Agriculture Bill which is a key piece of legislation for our industry. As many may have predicted, this bill will break with the norms that we have seen under the Common Agricultural Policy in order to bring in a new ‘green’ Brexit. ‘Public money for public goods’ has been a tagline for this new policy and so there are no prizes for those who correctly guessed that the framework for paying farmers and land managers to  provide designated public goods lies pride of place at the beginning of the bill. The range of public goods provided by farmers are acknowledged by Defra and include animal welfare standards, on which the government wishes to introduce publicly funded schemes for farmers to deliver animal welfare enhancements. The main area for aiming public money is expected to be enhancing and protecting the environment. The vehicle which government aims to use to do this is the Environmental Land Management (ELM) contracts. These are plans developed by land managers or farmers and intend to deliver identified environmental benefits. What the ELMs will look like on the ground is yet to be defined though.

However there is a lot more to the bill than first meets the eye: there are provisions to help farmers to improve productivity and it gives powers to ministers to step in to help farmers in extreme market conditions. These were priority areas for the NFU in creating a new domestic agricultural policy and so it is great to see these reflected in legislation. A disappointing omission from the bill is the importance of food production as a central pillar of future policy and the means by which we achieve these overarching policy goals, as set out in the Health and Harmony policy statement released by the government a few days after the Bill. The NFU will continue to seek recognition of the importance of food production and the government’s support for an efficient, productive and profitable UK farming sector.

It’s important to remember that this is an enabling bill – which means that it allows ministers to bring into place the policy they want to implement for farming. The bill sets out the framework for bringing in a new policy, but there is still much more meat to add to the bone. The policy statement, which was released at the same time as the bill, goes some way to filling in the details that the bill does not include, however there are still many more gaps to fill in as to how the powers provided for in the new bill will be implemented.

One of the key points where we should expect to see change is the phase out of direct payments over a period of seven years. This will see the BPS, greening and young farmer payments removed incrementally between 2021 and 2027. The government has set out the methodology it would use to do this, but only for the first year which leads to questions of whether it will continue to remove the payment using an income tax-style banding as it proposes or whether there will a different approach in subsequent years. Government also proposes to delink payments from land ownership, removing the need to farm land to receive payments. How this would work is still to be decided, and the NFU will make sure your views are heard by those who make the decisions.

You may also find interesting: