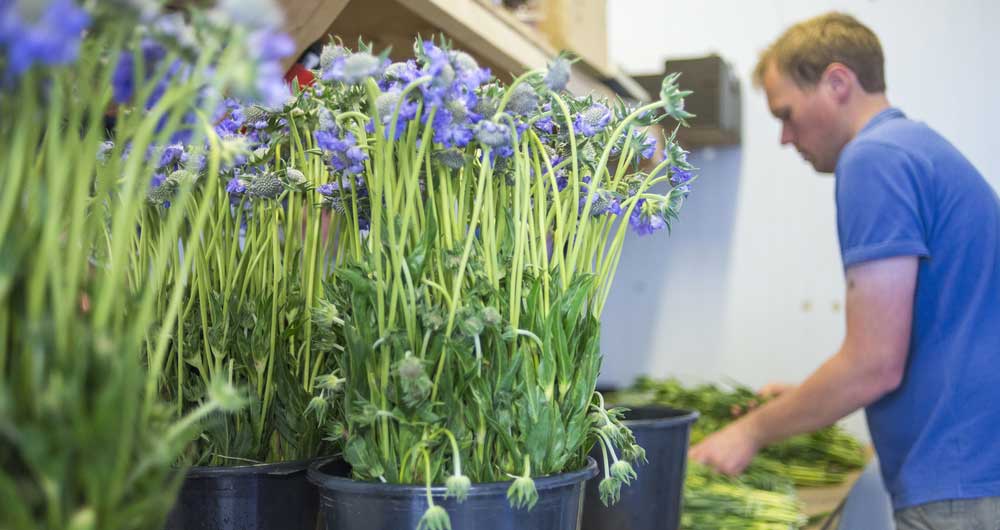 The ornamental sector has been facing serious difficulties as a result of the closure of non-essential retail.

This is why the NFU has been working closely with the rest of industry, particularly the HTA, but also the AHDB and members of the Ornamental Horticulture Roundtable Group including the RHS, in order to give the sector a strong voice to policy makers.

NFU horticulture and potatoes board chairman Ali Capper and HTA chairman James Barnes have written an open letter to growers explaining how we have been working together, particularly in our requests for information from industry and engagement with MPs and Government on the pressing issues.

The hard work continues to get growers the much needed financial support, including grant aid and better access to CBILS, as well as reopening routes to markets such as garden centres. Read the letter below:

HTA and NFU collaborate on behalf of UK growers

Organisations work together on ornamentals survey and Government lobbying

When crises such as the one currently impacting our sector hit, it is crucial to build support and collaboration with others to help us all ‘weather the storm’.

While we are still deep in the discussions with Government for a grower stock compensation scheme and achieving a better deal on CBILs, we want to share with you how the HTA and NFU have been working together for the sector’s benefit.

HTA and NFU have worked together on various issues in the past and both are long standing members of the Ornamental Horticulture Roundtable Group (OHRG)– an alliance of representative bodies. However, since March the relationship has taken on a new importance in order to ensure businesses in the ornamental horticulture sector survive and thrive post-coronavirus.

A business case for a Stock Compensation Scheme was prepared jointly by the HTA and NFU at the end of March and it soon became clear that additional supporting data was required by Government. HTA took this forward with Government, supported by the NFU.

When communicating with Government, having robust and timely evidence to support your ‘asks’ is the key to unlocking action. In order to press our case with Government, the HTA and NFU in conjunction with AHDB, worked on getting a comprehensive survey out to every known ornamental grower and producer in the UK. It asked for urgent information on the effects of coronavirus on their business and asking what the future might hold for them.

The results of the ornamentals survey have made compelling arguments to Government that are difficult to ignore. HTA wrote the survey and analysed the results for presentation to Government while the NFU and AHDB promoted the survey to members, as well as producing essential accounting models and grower case studies that illustrated the requirement for urgent assistance being made to Government. The NFU and HTA also continue to work in collaboration with the AHDB to provide further evidence. A great example of influential organisations working together for the good of their sector.

While the current package of Government support is welcome, we have presented clear evidence on why in many cases aspects of this package, such as CBILS, is unsuitable or unavailable to growers. For instance, the NFU’s state aid experts and HTA colleagues all joined a call with Defra to raise such issues directly with government.

The NFU and the HTA have also joined forces to influence the political decision-making process. The HTA and NFU have presented this information both together and through individual contacts to Ministers and senior Government officials, while also engaging with MPs, to ask for enhanced financial support for growers and a safe re-opening of garden centres.

We have been able to gain traction both in public and in regular and progressive meetings with Ministers and Officials. Furthermore, the OHRG, chaired by the RHS, wrote to Secretary of State George Eustice to highlight the crisis facing the sector. They have also appealed to the Environment, Food & Rural Affairs (EFRA) select committee in the House of Commons to initiate a specific inquiry into the impacts of the COVID-19 crisis on horticulture.

Both organisations will carry on pressing the Government hard to get a stock compensation scheme up and running as soon as possible, much as the Dutch Government have with their own grower compensation scheme. Often this work will be ‘behind the scenes’, but we will always promote your interests. The NFU is supporting the HTA’s public campaign to #KeepBritainBlooming and reopen garden centres.

Such times of emergency require strong collaboration between industry bodies to ensure a unified approach, but this has also been a template for future closer collaboration. We look forward to raising the profile and achieving the objectives of this sector to not only survive, but to build its potential for the years to come.