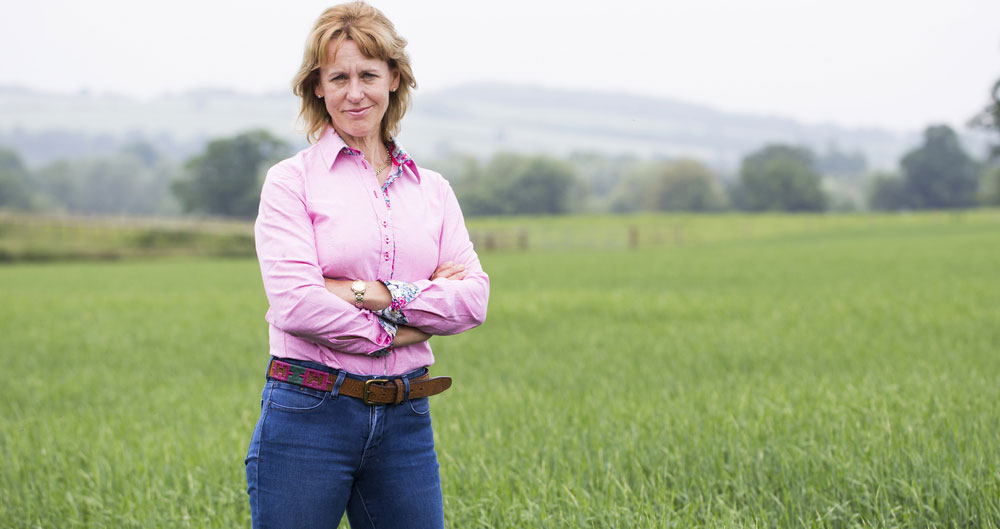 With 20 days to Brexit, and the threat of no-deal still in place, the NFU says fundamental concerns remain unaddressed by government on the future of British food and farming.

NFU President Minette Batters said that, despite verbal reassurances from Ministers, including the Prime Minister, of the importance of the farming sector to government, there was an exasperating lack of action backing up the warm words.

She said: “The government appears to be consistently passing up opportunities to ensure British farmers and the food they produce are shielded from the worst impacts of a no-deal Brexit. This is clearly not in the country’s best interests or those of us who value a supply of home-grown British food.

“On Back British Farming Day last month, the NFU wrote to Defra with a list of 50 questions ahead of a possible no-deal, and although we were given some insight on government preparations across a range of critical areas, there remains a number of outstanding concerns.

Read - 20 days to Brexit: 20 facts about the consequences of a no-deal departure

“The government has so far failed to act on the most critical issues such as on protecting UK standards in trade agreements, on export restrictions and on import tariff protection, despite the NFU consistently raising them with Ministers in recent months.

“We are still very much in the dark as to what British farming will look like after 31 October. We do know that this government plans to persist with its policy to liberalise the UK market in the event of a no-deal Brexit; opening up the UK to imports of sub-standard food which would be illegal to be produced here, failing to meet our own environmental and animal welfare standards – absolutely terrible news for farmers whose businesses will be under threat, but also for the public who enjoy high-quality and affordable British food.

“And UK farmers will face higher taxes on exports of beef, sheep, poultry, pigs, dairy and arable products adding up to more that £1.36bn, as no-deal means the UK being forced to trade with the EU on World Trade Organisation (WTO) rules. Unless European consumers are happy to pay considerably more to continue enjoying great British products, it will simply come off the bottom line of UK farm incomes. This will make farming unviable for many businesses, often small family farms in rural communities across the UK.

“We have also consistently raised the issue of how to protect our high food, animal welfare and environmental standards, which will come under serious pressure if we leave without a deal. Despite assurances from government that they would establish a commission bringing government and stakeholders together to examine how best to achieve this, we have again seen no concrete action. Yet we continue to hear Ministers talk about the benefits of doing trade deals with countries which involve throwing open our domestic market to food produced in ways that would be illegal for our own farmers.

“Many farmers are beginning to despair. These imminent trading challenges should be seen alongside other difficulties farmers are facing such as major problems in recruiting sufficient workers on farm and falling prices across a range of food products, both as a result of Brexit uncertainty.

“We have consistently set out our vision for how to make a success from Brexit for British food and farming. But this simply won’t be possible if we leave without a deal, and the damage will only be exacerbated if the government continues to fail to back British farmers with simple actions, such as providing sufficient tariff protection and establishing concrete mechanisms to protect our high standards.

“I reiterate my comments earlier this week that farmers feel abandoned and betrayed by this government’s failure to avoid the chaos of a catastrophic no-deal which would be so damaging for farmers ability to provide the public with a supply of safe, traceable and affordable food as well as being custodians of the countryside.

“I call on government to address our serious concerns, ensure that any Brexit is an orderly one and back British food and farming.”

20 days to Brexit: 20 facts about the consequences of a no-deal departure

With 20 days to "Exit day" (31 October 2019), the NFU is shining a spotlight on 20 facts about what a no-deal departure from the EU would mean for UK farming. Read more.