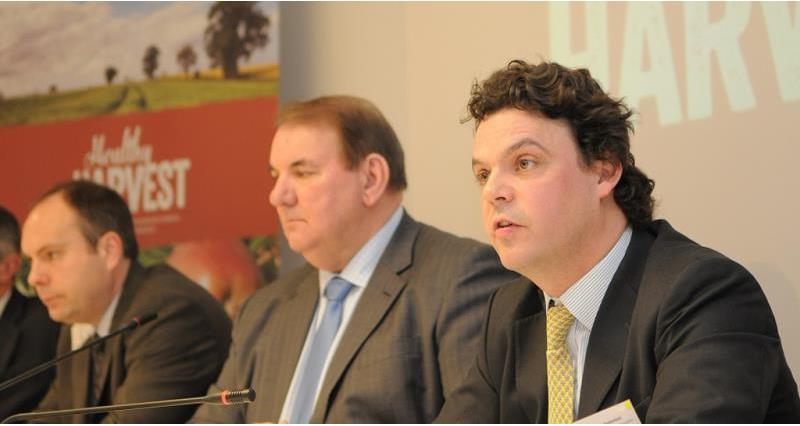 The NFU has appointed a director to lead its newly-created Brexit Unit as the organisation moves to strengthen and extend its political reach in the wake of the EU Referendum.

Nick von Westenholz will join the NFU as Director of EU Exit and International Trade to ensure the NFU has a co-ordinated and constant presence in its Brexit conversations with government in the crucial months ahead.

The new Brexit team is part of the NFU’s strategy to refocus and strengthen both its government and external affairs teams in London, to ensure it continues to have the impact needed on behalf of its 46,000 farmer and grower members as all-important Brexit negotiations get underway.

NFU Director General Terry Jones said: “We have made no secret of our determination to seize the opportunities offered by the forthcoming Brexit deals to ensure that British farming has a profitable and productive future and is able to seize and capitalise on new opportunities.

"Farming and food production is politically and strategically important for the UK; farming provides the raw ingredients for the UK’s food and drink sector worth £108 billion, supporting 3.9 million jobs for people nation-wide as well as delivering high quality, traceable food for a growing population.

“In the coming weeks and months ahead it is essential that food and farming is front and centre of any talks about the UK’s relationship with Europe and the rest of the world and I am confident the building blocks being put in place now will ensure the NFU is able to work with the two new Government departments, Exiting the EU and International Trade.

“I am delighted Nick von Westenholz is re-joining the NFU to lead the new and strategically important Brexit team to ensure the voice of farming is at the heart of policy and decision-making in these crucial talks."

Mr von Westenholz rejoins from his current post as chief executive of the Crop Protection Association. He is a trained barrister and previously worked with the NFU as its head of government affairs.

He said: “I’m delighted to be taking up this new post at the NFU at such a critical time for UK agriculture. While Brexit presents clear challenges to UK farming in the coming years, if we get it right it offers the prospect of an exciting future, both to the benefit of domestic food production and our precious natural environment. The NFU has shown a strong intent to be on the front foot in getting the best out of Brexit for British farmers and I’m immensely excited about stepping up to that task on behalf of the NFU’s members.”

In addition, the NFU is recruiting a new head of external affairs and two new external affairs managers to strengthen its London presence. Mr Jones added: “Recruitment for these posts has already started and I look forward to welcoming the new members of this team to the NFU as we work together to create a positive, profitable and productive future for British farming."