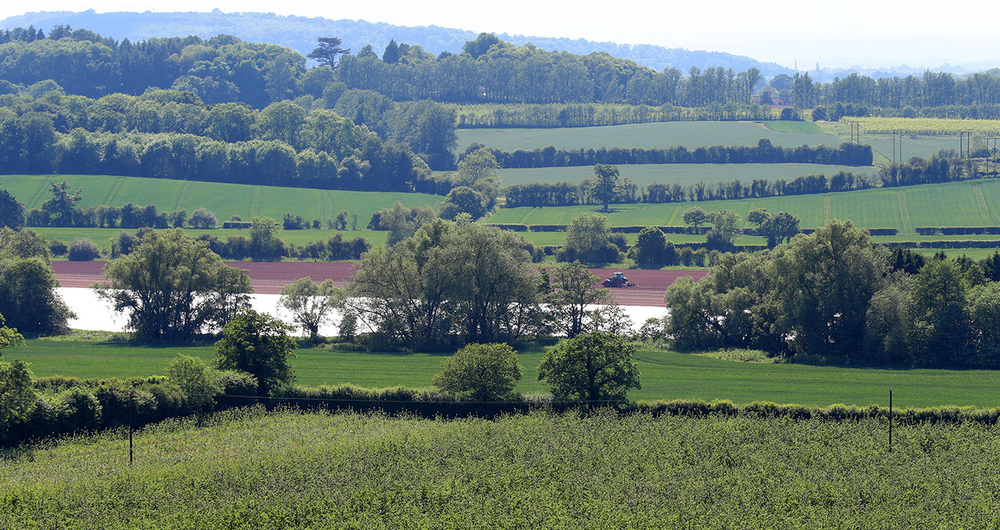 Defra Secretary of State George Eustice has announced a series of detailed environmental measures to what the Government says will help boost biodiversity, restore nature and drive progress on its net zero ambition. Read about their strategies on trees, peat and species reintroductions and the NFU responses to them.

The proposals, announced by Defra Secretary of State George Eustice, include the England Trees Action Plan (ETAP) 2021-24, which sets out the government’s long-term vision for the ‘treescape’ it wants to see across England by 2050 and beyond.

Also announced by Government are the England Peat Action Plan (EPAP) and a species reintroductions taskforce.

The ETAP is the government response to the England Tree Strategy, consulted on last summer, to which the NFU responded in full.

It provides a high-level strategic framework with commitments to various actions and measures that will encourage tree planting. The measures within the ETAP include a trebling in tree planting rates, aiming for 7,000 hectares of new woodland to be planted each year in England by 2024.

The ETAP recognises the need for the right tree in the right place planted for the right reason, which the NFU has welcomed. The ETAP also references the many benefits trees deliver, including landscape features, delivering for carbon and biodiversity and wellbeing.

The NFU will continue its engagement with government as it’s crucial that the tree planting programme works practically on the ground, given farmers will play an important role in contributing towards the targets and helping the agricultural industry reach Net Zero by 2040.

The NFU has developed its own tree strategy, which sets out existing barriers to engagement among farmers and identifies areas of opportunity. We will be publishing our strategy in due course.

The EPAP is the government response to the England Peat Survey, consulted on last summer, to which the NFU responded in full.

The horticulture industry is committed to moving away from the use of peat as a growing media to more sustainable alternatives. However, as this is not an easy process and will take time, the NFU, alongside key industry stakeholders are calling for government support in doing so over the coming years.

The EPAP explains that only 13% of England’s 1.4 million hectares of peatlands – which range from upland bogs to rich productive farmland – are in a near-natural state, with the rest degraded, drained, planted with trees or used for grazing or agriculture. To implement this vision, the plan includes:

The NFU will continue to engage with Defra via the Lowland Agricultural Peat Taskforce and its associated sub-groups to support the overarching objectives of ensuring that food production on lowland peat safeguards this valuable resource for future generations without compromising food security.

Natural England is set to establish a species reintroductions taskforce which will consider the reintroduction of species which have been lost to England.

It follows a government stakeholder consultation last summer. Find out more on the Defra's code and good practice guidance for species reintroduction page.

We will be examining the details of this latest announcement to establish a taskforce and will put a full member briefing online in due course.

“For generations, Britain’s farmers have been the custodians of the iconic British countryside and are in a unique position to help deliver success on the government’s green agenda; whether that’s maintaining habitats for native plants and animals, protecting watercourses, supporting wildlife species and reducing on farm emissions, they are already playing their part to help achieve the NFU’s ambition of reaching net zero agriculture by 2040.

“Clearly, any new policies to enhance the environment, whether it’s tree planting, the use of peat or the reintroduction of species such as beavers, must be delivered hand-in-hand with the business of producing food. Thriving farming businesses are at the heart of our rural communities and can and must play a key role in the government’s levelling up plans.

“Failure to do so risks losing productive and versatile farmland, thereby reducing sustainable domestic food production, only to increase our reliance on food imports – imports which could see food produced using methods which cause harm in countries elsewhere.

“By working together to make the most of the opportunities that we have – boosting green economic growth, increasing exports and driving profitable, thriving farming businesses that can do even more for the environment and biodiversity, alongside producing climate-friendly food – we can all build a better, greener Britain.”