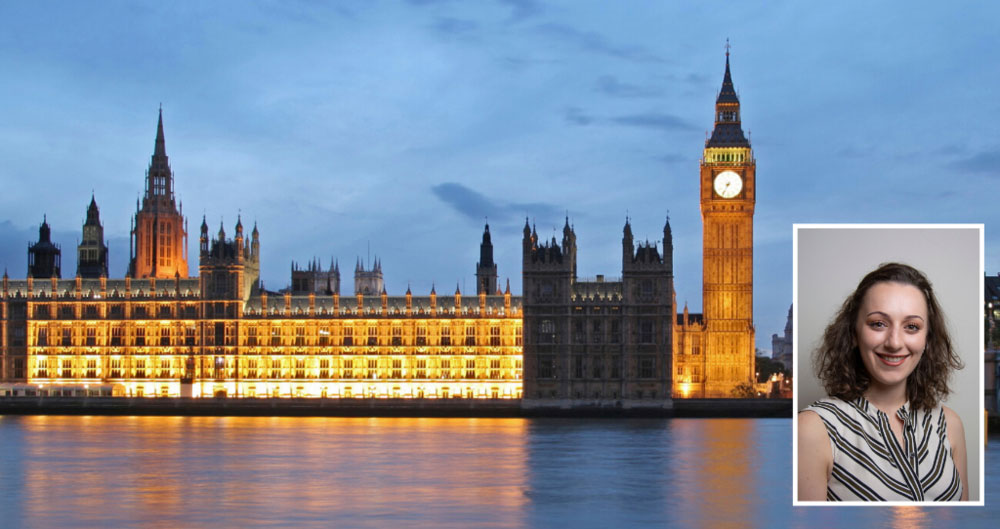 Normally December brings troupes of Christmas carol singers to your doorstep. This year it will be a Prospective Parliamentary Candidate or two, writes NFU expert Emma Crosby in Westminster.

For the first time since 1923 the country will go to the polls in December and by the end of the year a new government should be formed. Exactly what that will look like, nobody can predict.

Given the uncertainty of the outcome of the election, it is now more important than ever for the NFU and its members to reach out to all political parties to ensure that farmers' voices are heard, understood and respected across the political spectrum. The NFU, which steadfastly remains an apolitical organisation, has been preparing for a General Election and will shortly launch its own manifesto for the future of British agriculture, as well as a suite of information for members to help everyone take up the opportunity to champion British farming at this crucial time.

So how has this all come to a head over the past few days?

On Monday 28 October, the Prime Minister failed to get the two-thirds majority he required in Parliament on his motion for a snap election. Straight after the defeat, he changed tact and told the House of Commons he would introduce a short bill on Tuesday 29 October for an election on 12 December. The main difference between Tuesday’s vote and Monday’s vote was that Tuesday’s Bill only required a simple majority to pass, rather than the two-thirds majority required on Monday. This resulted in Labour changing its official position from opposing Monday’s vote to supporting Tuesday’s Bill. With support from all major parties, the Early Parliamentary General Election Bill passed with 438 votes to 20. This meant that, for the first time in 96 years, the UK will have a December election.

Under the conditions of the Bill, the election day is set for 12 December. The dissolution of Parliament will take place at one minute past midnight on 6 November. One of the last tasks MPs will have to complete in this Parliament will be deciding who will be the next Speaker of the House of Commons. An election to replace John Bercow, is due to take place on the 4 November with current MPs voting in a secret ballot.

If one political party gains a majority of seats in the House of Commons following polling day on the 12 December, we will know who the Prime Minister of the UK is on the 13 December. If no party has a majority, the largest party could lead a minority government (like Theresa May’s confidence-and-supply agreement with the DUP in 2017) or alternatively a coalition of two parties or more could form under a formal or informal arrangement if they collectively have a majority (e.g. Conservative and Liberal Democrats in 2010). This could take a matter of days or possibly even weeks.

What does the election mean for the Withdrawal Agreement Bill?

At present, the Withdrawal Agreement Bill is in parliamentary limbo, meaning the Bill has essentially been shelved until after the General Election.

If there is a Conservative majority government following the December election, it is likely that the Bill will be brought back in the next parliamentary sitting and will pass.

If there is a Labour majority government, the Bill will most likely be abandoned as the Labour Party has stated it will ask for an extension to negotiate their own Brexit deal, then they will take their new deal to the public in a referendum.

If there is a Liberal Democrat majority, Article 50 could be revoked, meaning they will stop Brexit and will stay in the EU.

In the event of a coalition, there is great uncertainty about what will be negotiated between coalition partners with regard to the Bill and Brexit at large.

What we are sure about, is that the NFU will continue to engage with all of the main political parties to ensure that the next Parliament will back British farming.