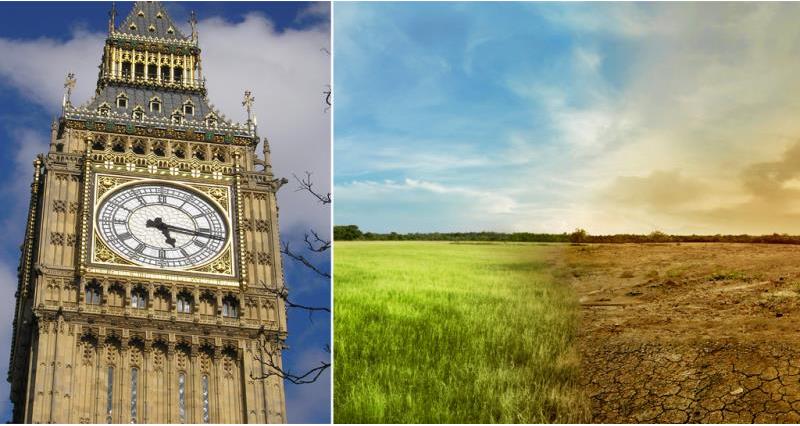 The NFU has today made renewed appeals to Secretary of State for Food and the EnvironmentMichael Gove to assist farm businesses still suffering from the impacts of agricultural drought, having seen little Government action since the NFU’s emergency summit on August 1.

NFU President Minette Batters, who wrote to the Secretary of State earlier this month on this subject, said governments in Scotland, Wales and even across Europe are showing understanding of the severity of the agricultural drought and have put in place measures to assist farm businesses to help with the dire impacts. For farmers in England, she says, the situation is very different.

Mrs Batters added: “We admired the Secretary of State’s words of reassurance when he attended the NFU’s agricultural drought summit last month, but we are yet to see meaningful assistance to farmers who have to deal with the long-term impacts of the extreme weather.

“Without these derogations, farmers face huge uncertainty over whether feed stocks will last the forthcoming winter and what increasing costs they will be facing if they don’t.

“We have also called for additional flexibility on water abstraction licensing, support for additional forage and bedding costs and improved cashflow – and that means speeding up payments that are well overdue for the hundreds of farmers who have been expecting this much-needed cash injection.

“The Secretary of State said he would do ‘whatever it takes in order to make sure farmers can continue to run successful businesses’ after the summit last month. This is Government’s opportunity to show meaningful support for the British farms that have been left so exposed to the extreme weather. We know the Secretary of State values British food production, but – despite the recent turn in the weather – we still need to see action. A bit of rain does not wash the problems away.”

New results from a survey of over 600 NFU members on the impact of the drought show 71% have suffered a negative impact from the weather. Over three-quarters (78%) of farmers using forage expect a shortfall in feed reserves this winter. And of the farmers growing spring crops, 90% say they are growing poorer than expected.

Since the Summit the NFU has been working with the RPA and Natural England on the flexible application of CAP greening rules and agri-environment prescriptions. Last week Natural England's ecologists identified 30 measures that could be adapted this summer and autumn to increase the supply of grazing, fodder and bedding. These are being considered by the RPA, but farmers still await confirmation that they can be applied. Further we anticipate the need for flexibility this autumn to support stewardship agreement holders (especially those in the uplands) to meet overwinter grazing requirements.

Livestock farms face sharply increased prices for bought in feed and bedding to replace the shortfall on their own farms. Action could already be taken now to improve cashflow for some farms; the NFU estimates that well over 1000 farms have outstanding agri-environment payments from 2017 and earlier, while a further 6,000 BPS claims, worth £46M, are currently outstanding for pre-2018 payment period.

The NFU believes that more still could be done by the Environment Agency to support our fruit and vegetable growers through the adoption of a pragmatic and risk-based approach to licensing flexibility. The needs of abstractors are acute, very short-term and relatively minor in terms of quantities involved.

Download our briefing on drought measures taken in the EU (members only - you will be asked to log in).