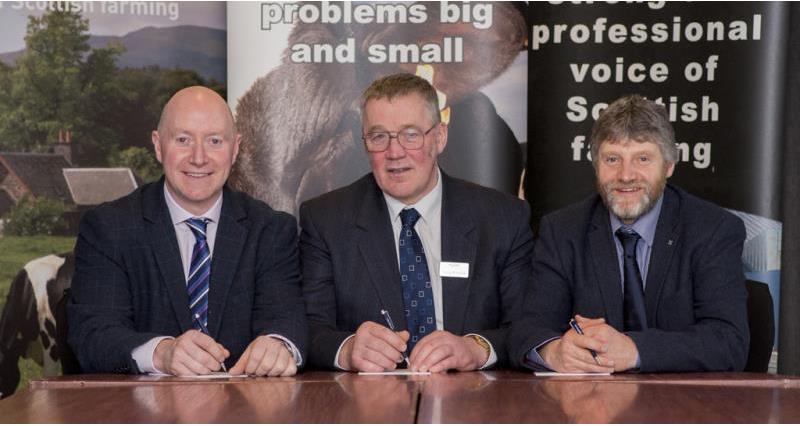 The NFU has sent its congratulations to the new officeholder team at NFU Scotland, following elections at its AGM.

Andrew McCornick from Dumfries has been elected the 62nd President of NFU Scotland.  Perthshire farmer Martin Kennedy and Gary Mitchell from Wigtownshire are the Union’s new Vice Presidents.

NFU President Meurig Raymond said: “I would like to congratulate Andrew on his election as President of NFU Scotland. I’m sure he and his two new Vice Presidents, Gary Mitchell and Martin Kennedy, will be getting down to work quickly to help develop key agricultural policies to drive profitability and growth for Scottish farmers and crofters.

“I would also like to thank outgoing President Allan Bowie for his support during his tenure over the past two years.

“The NFU looks forward to meeting with Andrew and his new team at the earliest opportunity and continuing our longstanding and close relationship as part of the UK farming unions. This will be even more important in the weeks and months ahead as we face the challenges and opportunities which lie ahead both pre and post-Brexit.”

Andrew McCornick was born and brought up on a dairy farm. Andrew and wife Janice farm their 230ha unit with 160 suckler cows and 600 breeding ewes, along with a small herd of pedigree Charolais cattle. Andrew was elected Vice-president in February 2015.