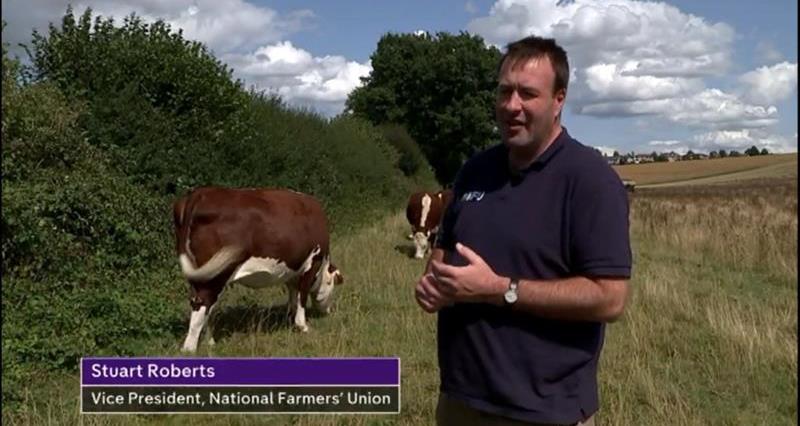 Goldsmiths College, University of London, this week announced that it was banning beef products from all of its shops and canteens from next month in a bid to reduce its greenhouse gas footprint in a drive for the college to become carbon neutral by 2025.

NFU Vice President Stuart Roberts recorded an interview with Channel 4 News, in which he expressed frustration that the differences between British beef production and global production were not being acknowledged, and he said Goldsmiths College had missed an opportunity to promote the value of sourcing its beef locally to reduce its carbon footprint.

"I think it's an extremely naive move, it totally ignores the difference between the carbon footprint for example of British beef and all the headlines we hear about global beef.

"Farmers are more than upset, we are extremely disappointed and arguably angry that we are getting criticised because of lots of global reports which look at global production systems which don't look at what goes on in this country."

HOW TO WATCH AGAIN: Visit the Channel 4 website here (you will need to register / sign in - it's free) and scroll forward to 50:53.

Mr Roberts was also quoted in Sky News, The Telegraph, Daily Mail, Daily Express, the i, Metro and Mirror online arguing that this is an overly simplistic approach and that British beef is 2.5 times more efficient than the global average. The NFU’s comments also feature on Good Morning Britain’s coverage of the story.