There was widespread coverage in the national newspapers of the Government no-deal tariff review. NFU President Minette Batters was quoted in The Times,  I newspaper, Daily Telegraph, Daily Mirror, Financial Times, and BBC News Online, saying farmers will feel abandoned and betrayed by plans not to impose tariffs on most goods entering the UK in the event of a no-deal Brexit. 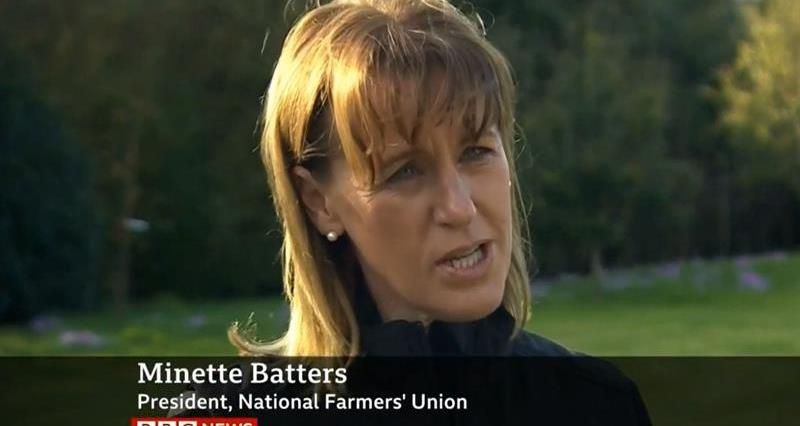 The Financial Times looked at what a new subsidy system could mean for farmers, explaining that Agriculture Bill revolves around delivering environmental ‘public goods’ and quoted NFU saying that food production cannot be ignored in a future agricultural policy.

NFU President Minette Battes took part in BBC Radio 4 Any Questions where she sat alongside various MPs discussing climate change, the Queen being drawn into politics, Brexit and Welsh farmers, the possibility of Welsh independence and the Gender Recognition Act.

Mrs Batters also filmed with the Daily Express at the Labour Party Conference for an online story where she talked about the importance of having food and farming at the forefront of Brexit negotiations. 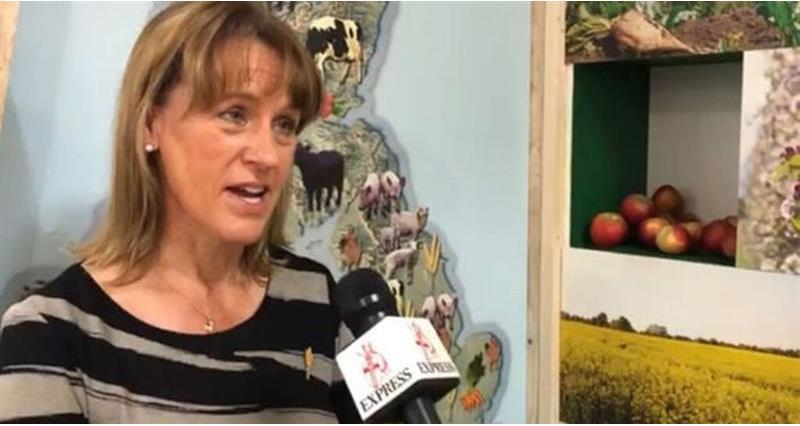 NFU President Minette Batters was interviewed live on BBC News Channel where she discussed the impacts of a no-deal Brexit on food and farming, talking about trade, tariffs and access to labour. She emphasised that the issue is how we leave the EU and that a smooth and orderly Brexit is crucial. Watch the rest of the interview here.

NFU director of EU exit and international trade Nick von Westenholz featured on Farming Today after the government’s new Chief Whip said no-deal wouldn’t necessarily be bad for farming. He reiterated the NFU’s call for amendments to the tariff schedule and said that the easiest way for the government to support farming is to leave in a smooth and orderly way.

NFU President Minette Batters was interviewed live on BBC R4’s Today programme, emphasising the challenges posed by tariffs to the sheep sector in a no-deal Brexit

Channel 4 News spoke to farmers at the Royal Welsh Show to hear their concerns around a no-deal Brexit and losing access to its biggest market. NFU director of EU exit and international trade Nick von Westenholz reiterated the need for an orderly exit to secure the best future for farming in the UK live in the studio.

On Farming Today this morning, NFU combinable crops board chairman Tom Bradshaw talked about difficulties in maintaining access to the EU market for barley, and the impact of tariffs on trade. The programme also covered the impact of a no-deal Brexit on sheep, and TB testing.

NFU member Will Case writes about his concerns that a no-deal Brexit could put his business and the future of UK produced food at risk in a column published in The Guardian today. He argues shoppers would be subject to food produced to lower standards than our own.

NFU President Minette Batters gave an interview on Sky News’ Sophie Ridge on Sunday and reiterated why a no-deal Brexit would be disastrous for farming, covering the loss of access to the EU market and the possibility of importing food produced to lower standards. 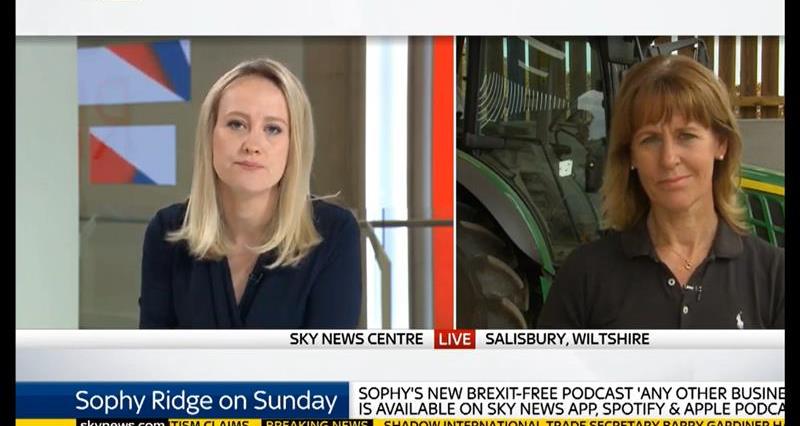 NFU President Minette Batters was featured on Radio 4  Six O’Clock News discussing Jeremy Hunt’s proposed £6bn for the fishing and farming industries in a no-deal Brexit. Minette said that although she welcomed the support, a no-deal Brexit would still be catastrophic for the industry. 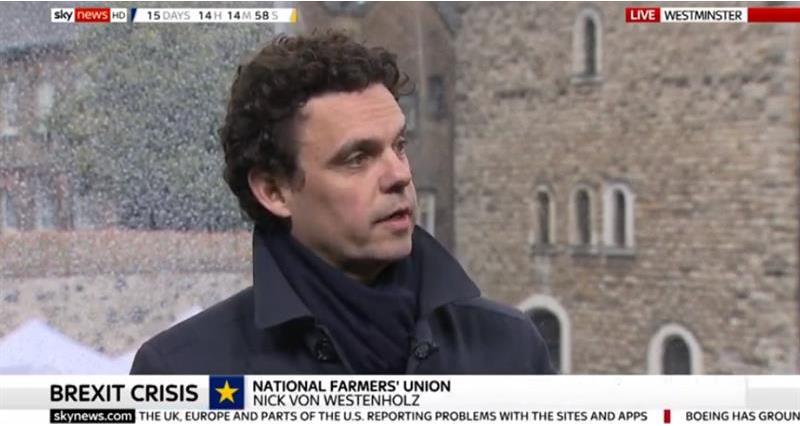 NFU President Minette Batters was featured by Bloomberg discussing the impact Brexit is having on British agriculture. In the article Minette mentioned that due to Brexit uncertainty, investment in UK farming has slowed and that leaving the EU without a deal would be disastrous for the industry.

On Farming Today the programme spoke to Tori Morgan, NFU EU exit and international trade adviser, on the latest Brexit advancements. In the piece Tori mentioned that although the announcement that the UK has been approved by EU member states as having 3rd country status is a positive step, products could still be faced with the barrier of tariffs. Around one million people listen to this programme daily.

NFU crops board member Matthew Culley featured on Sky News speaking about the effect continued Brexit uncertaintly is having on his business. Matthew discussed the the lack of protection arable farmers have received over cheaper imports and the prospect of an increase in export tariffs. 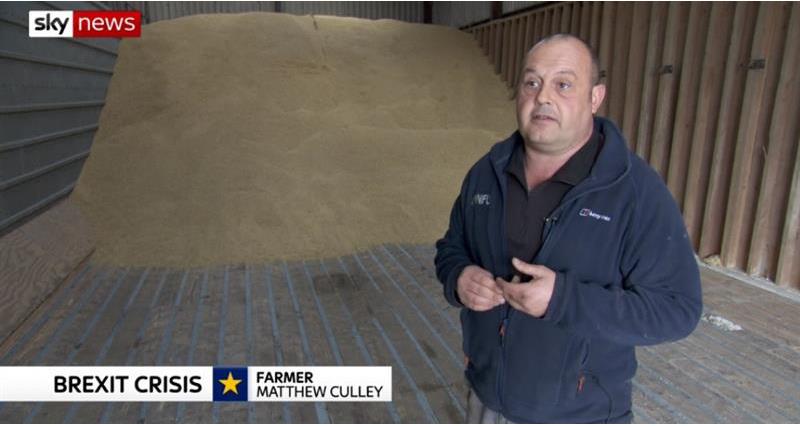 NFU Vice President Stuart Roberts was interviewed by Channel 5 News speaking about the impact of Brexit on farmers’ mental health. This was broadcast on the 5pm programme which is watched by around 500,000 people. 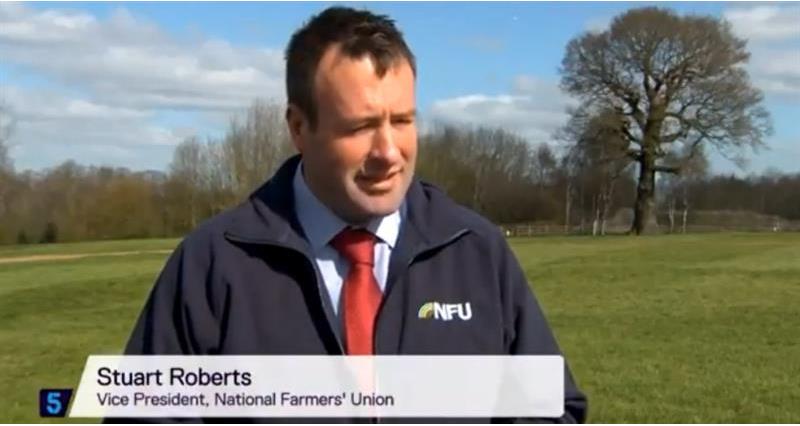 The Yorkshire Post and Countryfile Online have both reported on the joint letter sent from the four UK farming unions which warns against a no-deal Brexit. NFU President Minette Batters is quoted saying a no-deal Brexit would be disastrous for farmers and the public who rely on British farmers to produce safe and affordable food. 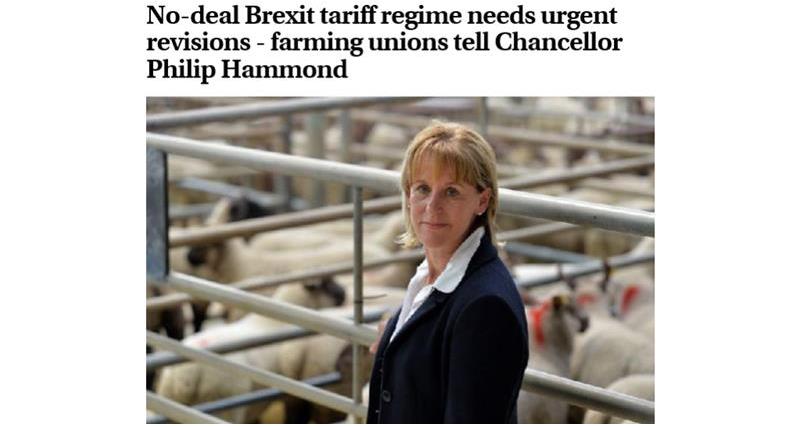