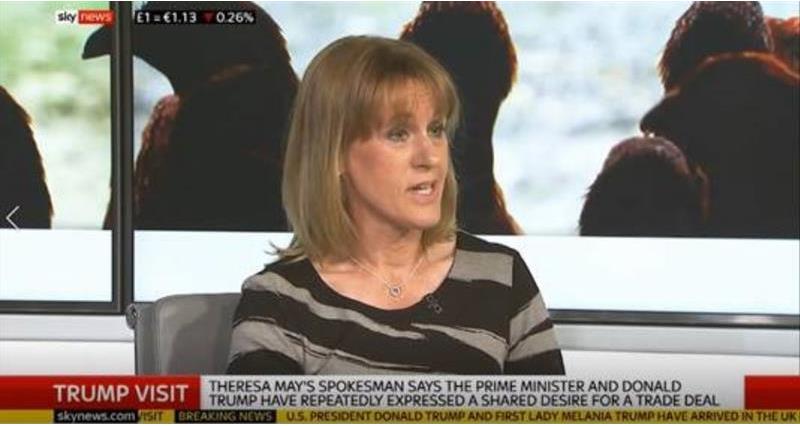 As US President Donald Trump began his state visit to the UK, the NFU made sure both the government and the public were fully aware of the issues at stake regarding any future trade deal the UK agrees with the United States post-Brexit.

In a strongly worded press release sent to national, regional and farming trade press, as well as political commentators and influencers, the NFU urged the government not to betray British farmers and values in pursuit of foreign trade deals. The release drew attention to both the high standards of food produced in the UK and the importance of ensuring a level playing field for UK farm businesses.

“US farmers can out compete UK farmers on price by using products and methods banned in the UK as early as the 1980s. That’s not a criticism of US farmers but a statement of fact about the different legal requirements facing farmers in the UK. British farmers are quite reasonably expected to meet the values of the British public when it comes to how our food is produced – those values must not be sacrificed in pursuit of hurried trade deals.”

Read the full press release here, along with a brief comparison of UK versus US production standards by sector

Where we were in the media:

NFU President Minette Batters was featured on Sky News discussing food standards and how a future trade deal which allowed imports from the US, including chlorine washed chicken and hormone injected beef, would undercut British farmers and the high welfare standards in this country. Minette voiced that we could see a mass destruction of the agricultural sector, if we did not make sure that we have a level playing field and a fair way of trading.

BBC Radio 4 also featured NFU President Minette Batters where she discussed the high standards of British food production and that having a trade deal with the US which involved agriculture would be a betrayal of British farmers and of British shoppers who value wanting to buy high-welfare food. 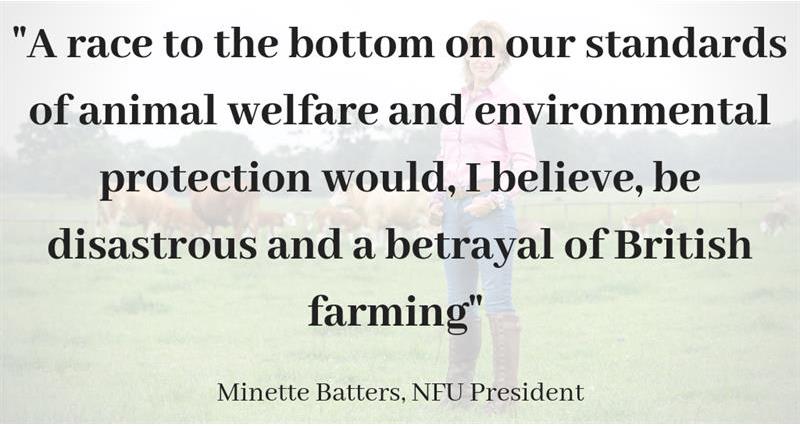 Minette’s interview with Sky was also picked up by LBC news which mentioned Minette’s views that an uneven free trade agreement between the UK and US would be a betrayal of UK farmers. This channel reaches around 2 million people.

How did we communicate this to the public?

This page of NFUonline, including the NFU’s press release and a brief comparison of UK versus US production standards by sector was promoted via the NFU’s official Twitter account. By Wednesday 5 June, it had been retweeted more than 400 times, including positive retweets from the official Twitter accounts for the Department of Trade and Industry and the RSPCA. This post has had more than 628 likes and 94 link clicks to read the article at NFUonline. To put this into perspective, this is one of the best performing posts to date for the NFU’s Twitter account.

A tweet about NFU President Minette Batters’ interview on Sky News on Monday 3 June had received 395 likes and 277 retweets by Wednesday 5 June and 30 link clicks to the full article on NFUonline. The embedded video of the interview had been watched more than 18,400 times by Wednesday 5 June.

“It would be a total betrayal to British #farmers, British #shoppers and we would see the mass destruction of British #agriculture.” NFU President @Minette_Batters speaking to @SkyNews on the dangers of any future trade deal with the US. https://t.co/rR3BS510bh pic.twitter.com/OjogxQ1yBU

Another Twitter post containing a video created by the NFU comparing US and UK trade standards had received 162 likes, 157 retweets by Wednesday 5 June and had been watched more than 7,300 times. It has also resulted in 59 clickthroughs to the sign up page of the NFU’s Back British Farming campaign newsletter.

The NFU’s video explaining the differences between UK and US food standards was also shared on the NFU’s public-facing NFUonline and CountrysideOnline Facebook accounts. The aim is to use the media attention on a future US trade agreement generated by the US President’s visit to drive sign ups to the NFU’s Back British Farming campaign. Public support for the NFU’s policy asks lends further weight to the call on government to ensure any future trade deals do not undermine British farming's world-leading food safety, animal welfare and environmental standards.

Are you following us on social media? 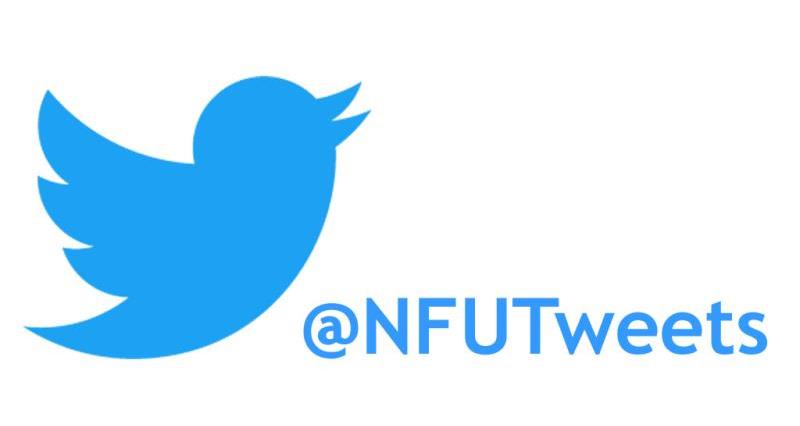 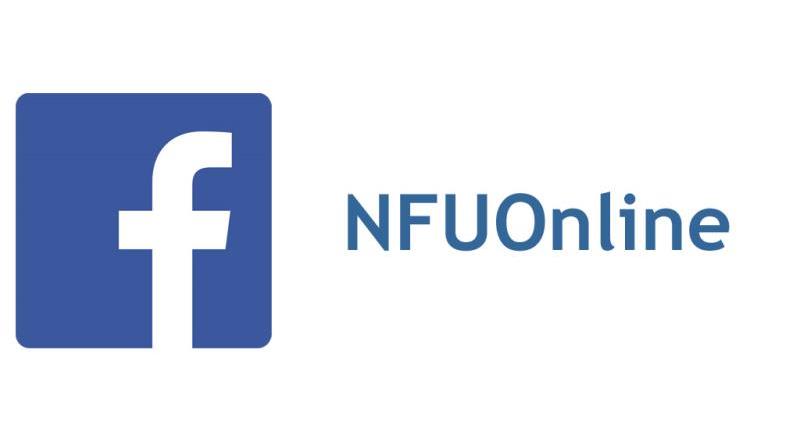 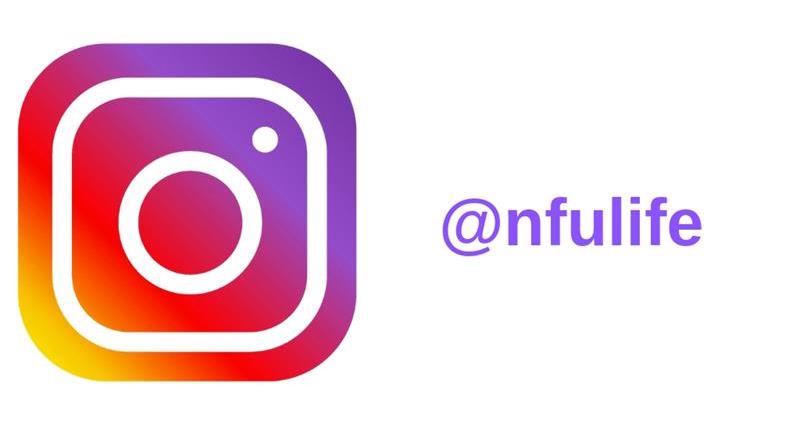