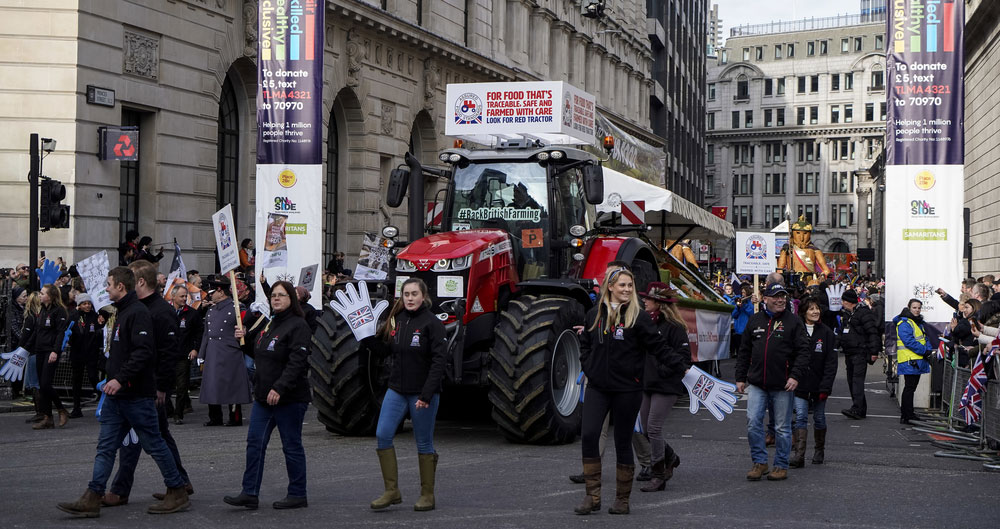 The procession through the City of London on Saturday 9 November saw the Worshipful Company of Farmers float stocked full of fresh, seasonal produce including apples and pears, pumpkins, potatoes, onions, cabbages and carrots as well as cereals, bread, cheeses and milk.

“At the heart of our entry is great British food. And it is more important than ever that the general public get behind the nation’s food producers. Saturday’s parade provides us with a perfect platform to share our enthusiasm for food and farming with the thousands of visitors on the streets of London and the millions watching on television and to encourage them to back British farming." 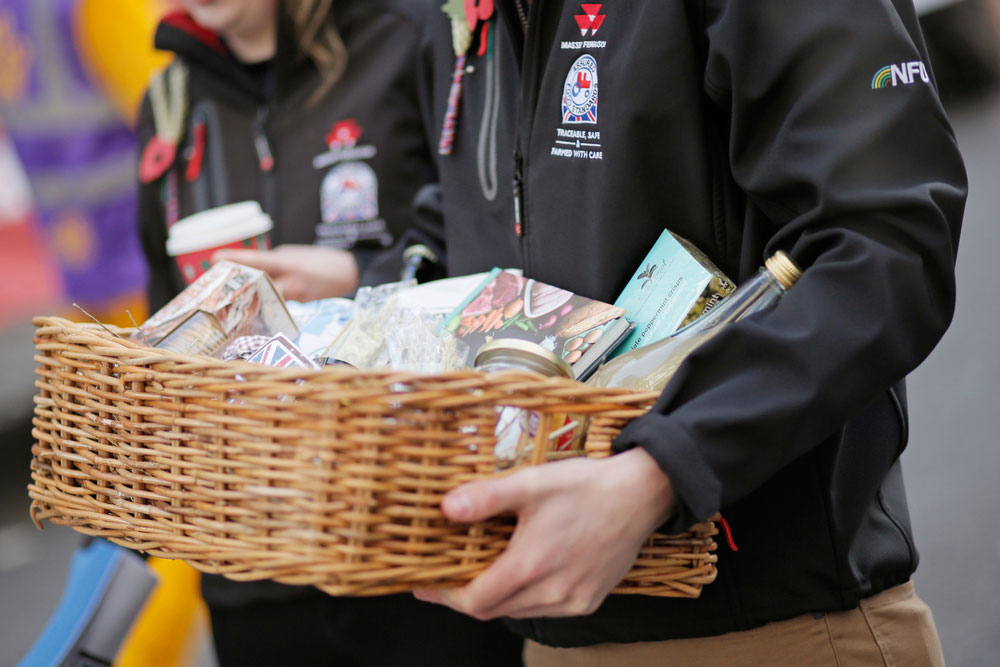 Pictured above: During the procession, a hamper of British produce was presented to the new Lord Mayor

Master of the Worshipful Company of Farmers David Bolton said:

“The Lord Mayor’s Show is a brilliant way to celebrate all that is good about many British industries and we’re proud to represent farming to the thousands who attend. British agriculture plays a vital part in not only feeding the nation, but also in protecting the environment. In the year to come the Worshipful Company of Farmers will focus on promoting an industry that is ever more efficient in producing food while enhancing the countryside.”

What happened to the food after the parade?

After the event, the produce from the market stall on the float, which was supplied by NFU members across the country, was donated to London-based food distribution charity City Harvest which delivered it to organisations across London that arrange meals for homeless shelters, soup kitchens, centres for the elderly, and refuges for women experiencing domestic violence. In total, the 2.2. tonnes of fruit, vegetables, cereals and dairy provided for more than 5,000 meals for people in need.

“I’d like to thank all those NFU members who supplied the vast array of fresh, seasonal British produce, all 2.2 tonnes of it, for the Market Stall display in the Lord Mayor’s Show parade.

"Obviously it was essential that the food wasn’t wasted so I was delighted that we were able to donate all of it to the City Harvest charity. They do fantastic work in collecting perfectly good and nutritious food that would otherwise go to landfill. The produce supplied by British farmers is the equivalent of more than 5,000 meals which will make a huge difference to those people across London in need.” 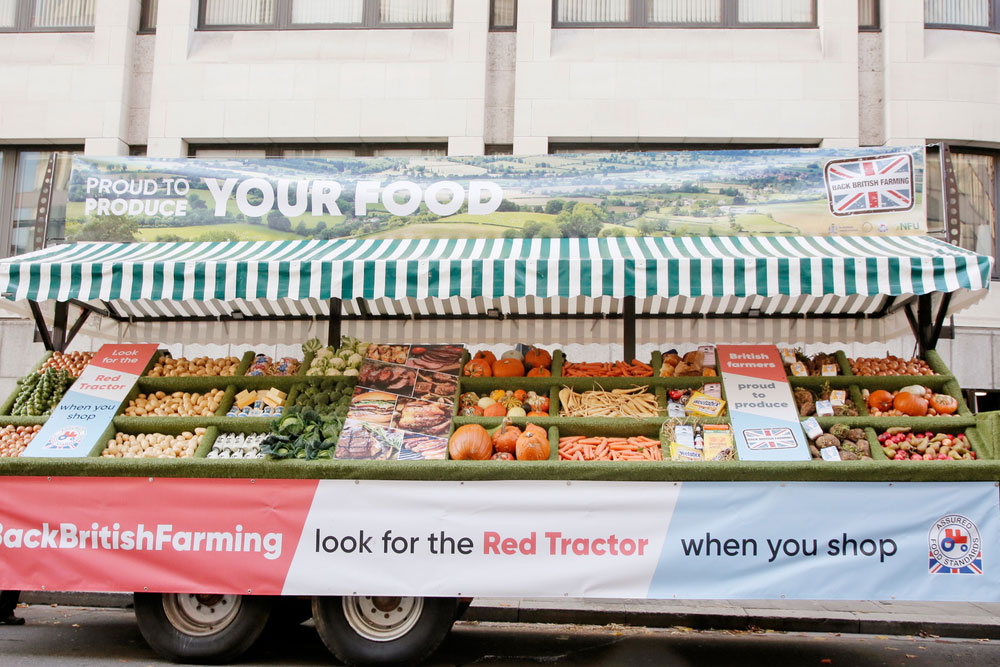 “We are thrilled to have collected the food from the NFU. Nutrition and the absolute right to food is what drives us, especially knowing there is more than enough food to feed London, if re-distributed and managed efficiently." 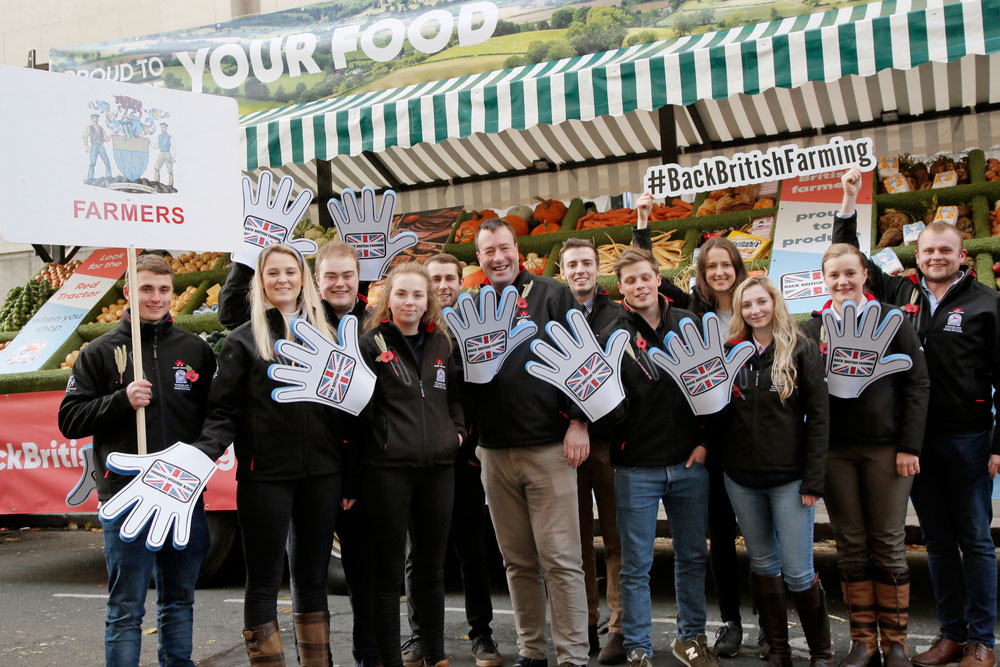 The NFU's 10 Student & Young Farmer Ambassadors played a key part in the event.

Click here to read some of their stories from the day.

Click on the gallery below for more pictures from the parade: