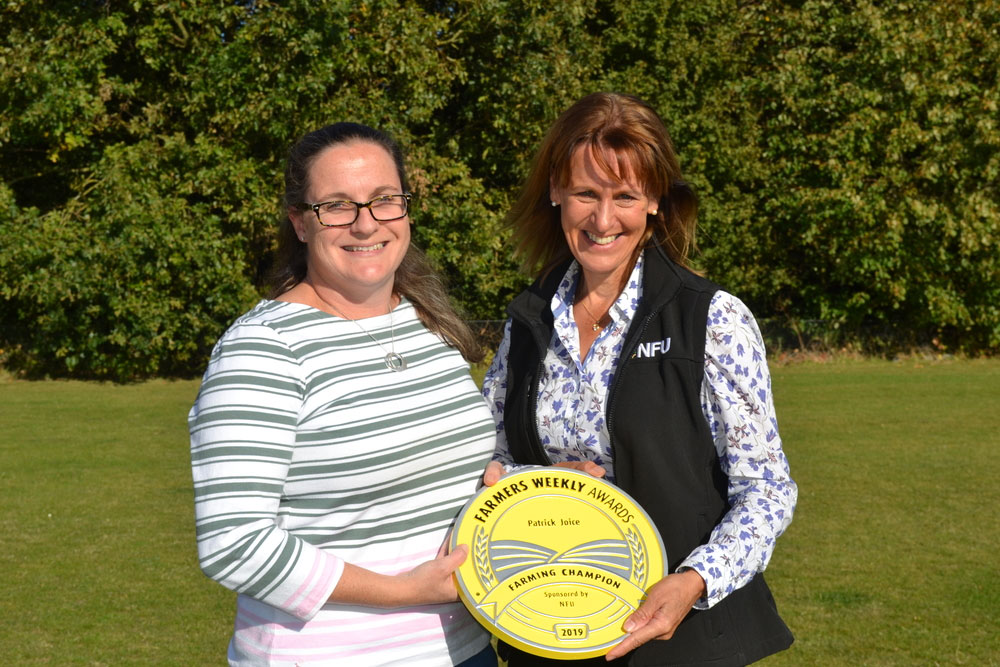 Norfolk poultry farmer Patrick Joice has been posthumously named the NFU’s 2019 Farming Champion of the Year for raising awareness of mental health issues as he battled terminal cancer.

Patrick’s wife, Zanna, attended the Farmers Weekly awards on Patrick’s behalf on Thursday 3 October. Patrick had previously been presented the award in person by NFU President Minette Batters on the family farm in Norfolk last month, shortly before Patrick sadly passed away.

After Patrick’s diagnosis with terminal cancer, he realised first-hand how debilitating mental health issues can be and set about raising awareness of the topic and much-needed funds for the charity YANA (You Are Not Alone) that does vital work in this field.

He shared his own story with candour, organised a charity cricket match that raised more than £50,000, and became involved with the global ‘Naked Farmer’ social media movement to help smash the stigma surrounding mental health.

Mrs Batters said: “While this is an incredibly sad time for Patrick’s family and everyone who knew him, it’s important to acknowledge and celebrate the incredible leadership he demonstrated raising awareness of, and funds for, mental health issues.

“He showed great bravery sharing his own experiences and getting involved with the ‘Naked Farmer’ social media movement resonated with farmers everywhere. He has been an inspiration and leaves a legacy that will change many lives for years to come; a legacy which his family can be hugely proud of.”