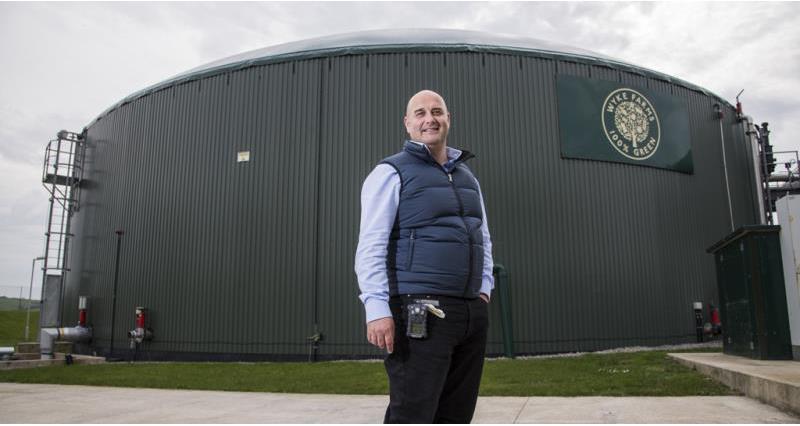 Set in the lush hills of Somerset, Wyke Farms has kept its roots local and traditional despite growing into a renowned brand sold in more than 160 countries. British Farmer and Grower's Lee Perry spoke to managing director Richard Clothier about the company’s impressive growth, and why keeping true to your roots is important in farming...

When Richard Clothier’s grandmother Ivy started making cheese on her family farm she would never have known that 155 years later her secret recipe would be recognised as a brand throughout much of the world.

Starting as a hobby, and made from milk from her husband’s first dairy herd, the recipe became popular locally and new milk producers, mainly met during local skittle matches, were brought in to supply so the company could grow.

But you need to skip ahead more than 100 years – to 1997 – before Wyke Farms, already a big deal in the UK cheese market, started to make waves internationally. Richard, now the managing director, speaks fondly and proudly of the family heritage.

He is fully aware of how the dairy sector is faring in a competitive market with dwindling farmgate prices and for him, the export market has been essential to Wyke Farms in weathering the storm. “Exports have been a real bright spot for us in the past few years,” he said.

“UK retail has been really tough but exports have helped mitigate this a bit because we have seen quite a lot of growth. By March this year we finished up with our exports being 20-25% of our total volume which is really high.

"That’s up from less than 10% last year, but the really good thing is we have picked up some really good blue chip companies. We have had our first listing in the US, with Walmart, plus Ahold, which is owned by Delhaize, and our Carrefour business in France is going quite strongly.” 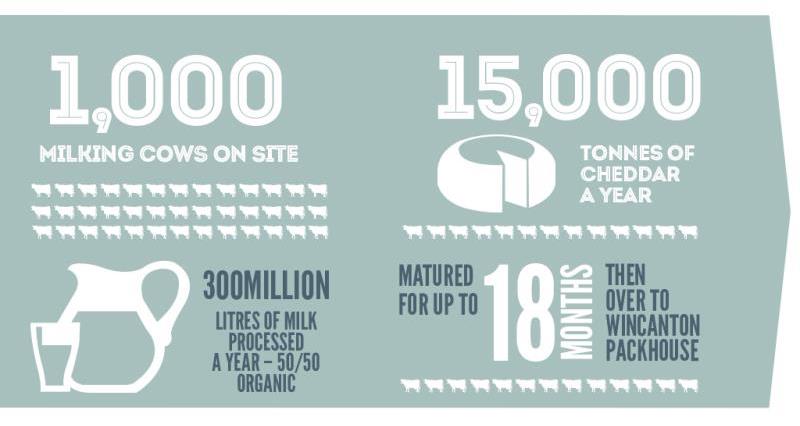 UK trade and investment
“The best way to start is with the UKTI website. Have a look, speak to people who are already exporting and attend some of the UKTI meetings which are really helpful.”

Get out there
“Get some space at export shows. It doesn’t cost a lot to take some product, a decorating table and a couple of flags. That’s how we started in 1996when we attended a trade mission in Bordeaux where we thought nothing would come of it. But we met this French farmer who really liked the cheese and thought French people would like it. Fifteen years later he’s our export manager.”

We need to catch up...
“The Irish are really good at exporting – in the US they would be 15 years ahead of the UK. They have their products out there; they are co-investing in manufacturing sites. The only way we can catch up is getting the budget and support from Defra so British farmers and growers can get their products out to people, especially to markets like China where the product might be unknown to them. But the results would be there in five years’ time.”

The growth started with the support and advice from UK and Trade and Investment (UKTI), a UK government department, and a trip to Bordeaux (see panel). Since then, the list of countries they supply has grown rapidly – 150 at last count – in places like Australia, Canada and the Bahamas.

But during this time and despite the massive growth, Richard has tried to ensure that the core focus of the brand has remained the same.

“Staying true to the principles of the business have been key for us, and those are that the cheese is made to my grandmother’s recipe – my grandfather always used to say that you would never buy milk from a farm that you wouldn’t stop and stay for tea and that was his original way of doing a farm audit – so they are all audited farms. 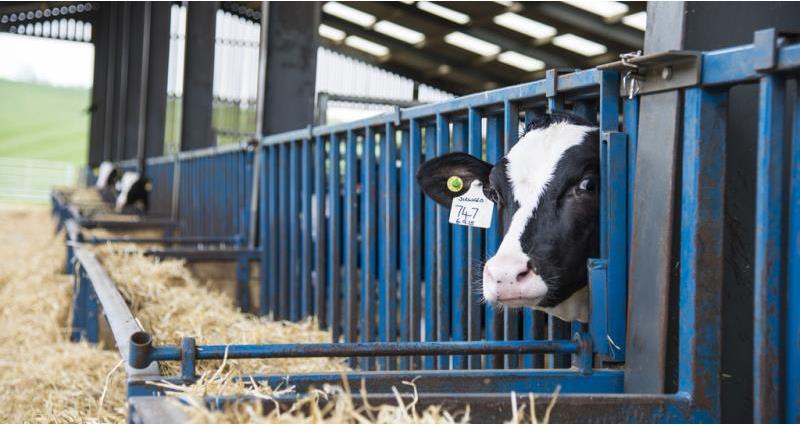 “Most of the farms we use are within 30 miles, or a lot of organic milk out of South Wales and Gloucestershire, so it’s about keeping the quality and recipe. The grading and selection has to be right every single time.

“We’ve invested quite heavily into the right equipment to produce the right cheese on a consistent basis and staying true to our farming principles as well, which includes being 100% green too.” One of the biggest advantages, he said, is making the most of international goodwill to the quality of British produce –a method which has been especially popular in America.

“The products are now in America so now we have to start the tastings and get them to build the volume,” he said.

“It’s funny because if you go the US, all they want to hear about is Britain and the Union Flag, but in the home market it is almost as if no-one wants to hear about it. Even in France, they love it.

“We have Union Flag days in stores based on bowler hats, London buses, and typically British ideas, and they absolutely love it. We’ve been dealing in France since 1997 and they love the region of Somerset, which is very similar to Northern France.”

It’s a lot of work, he admitted, travelling from one country to the next to promote the brand and the product itself. But although business is booming, he can’t help but fear for the dairy industry’s future here in the UK.

His family’s business has been through it before, in both dairy and in the pig industry.

“Some of what goes on in the UK market makes me very sad. As a farmer, I can see the damage that’s being done to our industry.

It’s irreparable damage and potentially the second time in my farming career where I have seen this happen,” he said.

“We were pig farmers through the 80s and 90s. We saw the industry decimated – from 300,000 slaughterings a week down to 200,000 a week in a period of years and it was all replaced by imports, so it was a similar situation – over-supply in Europe and a strong pound.”

Richard said the only way to stem the tide is to get guaranteed support from retailers and government – there is only so low dairy farmers can go before they quit. He added: “It makes me sad to see that the UK supply chain can’t see the damage that is being done.” 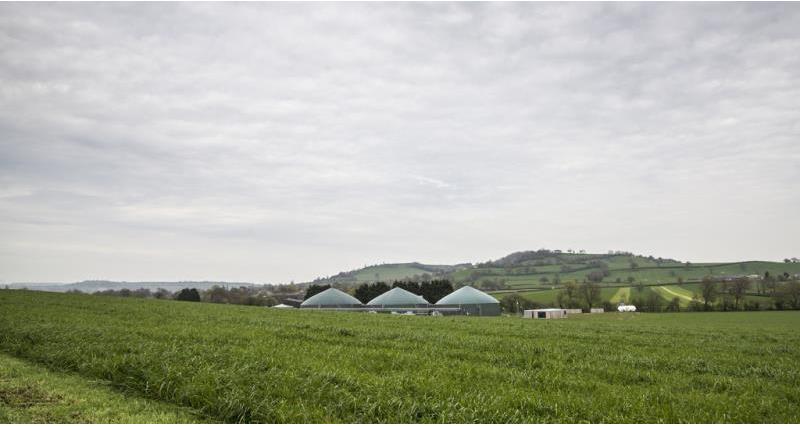 Labelling...
“The whole of the food sector needs to look into how we communicate clearly with consumers and we need to be robust in the way we challenge the labelling. “Shoppers are going to ask questions, and they will want to know about products, production and the food chain. So food manufacturers need to make sure that when shoppers do want to lift the bonnet and see what’s going on underneath, there’s trust and integrity and they’re delivering on what shoppers expect.

“We’ve got Wyke Farms on our pack, because we are Wyke Farms in Somerset, and that’s where we come from. When shoppers see a farm label on a pack they expect it to come from a farm, so it’s misleading. It’s also unnecessary, because in some of those products there are some fantastic producer stories in their own right – really good farmers, growers and producers, whose stories could be told with absolute integrity.”

Farming as a career...
“I was always passionate about cheese and my dad and I would grade cheese – I first did it when I was about six-yearsold. We’d go to these old musty-smelling stores with loads of men with hair coming out of their ears and noses, who looked like they’ve lived their lives there, who taught us everything about grading, so I was always passionate about cheese and dairy farming. And the region as well – it is a beautiful area and farming is so important to the UK.

Family pride...
“My grandmother had never been on a plane, only been to Scotland once, yet her cheese is in more than 160 countries. She’d be amazed as well because through the war the US was seen as this glamourous, sophisticated country, so to have it on sale with her recipe, in her name, with a picture of my grandfather on the front, sold in central markets like Texas would have amazed her.”

The environment versus cost...
“I fundamentally believe a low-carbon business is a low-cost business, so it’s really in our interests to get involved and lower our cost base. That’s how we started really, by looking at cost efficiencies.

At the time, we were losing money so we were driving lean manufacturing through the whole of our cheese processing business and we realised really quickly that every time you adjust a processing run – to save energy, time or water – you are actually impacting positively on the environment. Then you look at the business and ask what you can do to be more sustainable, and more often than not it will unlock other savings that you wouldn’t have seen the other way.” 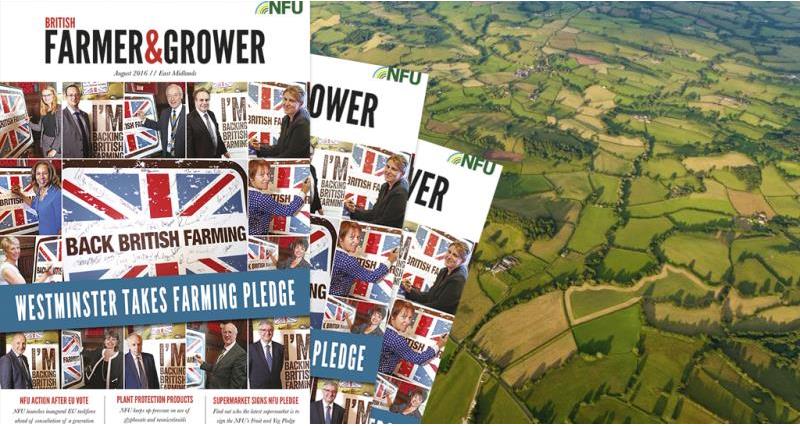