The NFU urged MPs to pledge to visit a farm over harvest at the Westminster launch of its #YourHarvest campaign on Tuesday (17 June).

The event showcased the plethora of food and feed that arable farmers produce the raw ingredients for and provided an opportunity to talk MPs through the arable sector’s contribution to the economy, environment and society.

The campaign, aiming to raise the political profile of the arable sector to garner wider support for policy priorities, was first launched to farmers at the Cereals event last month and has since received widespread support. 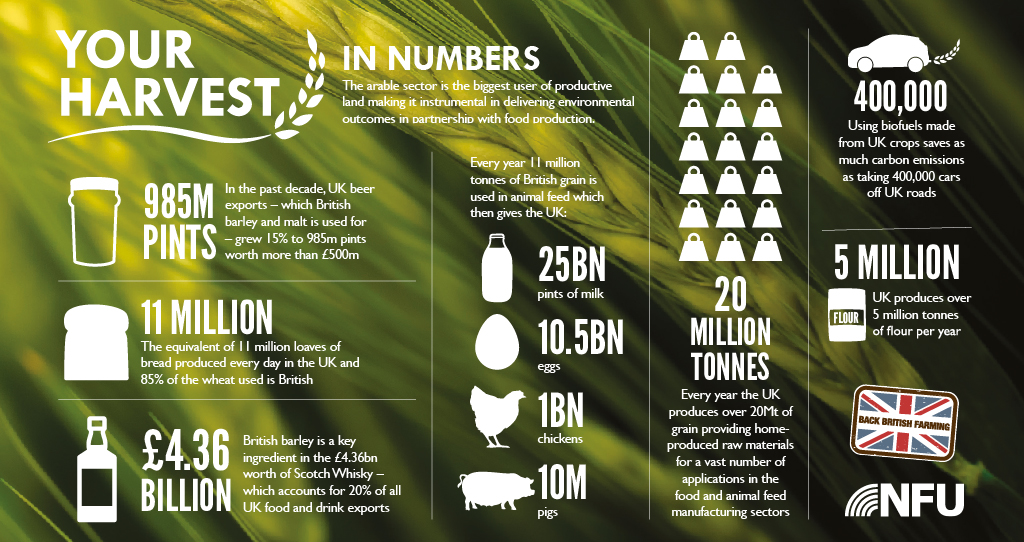 “The Westminster launch of the #YourHarvest campaign will be incredibly important in garnering MP support for the arable sector.

“MPs will have the opportunity to see, smell, touch and even taste the variety of products that come from our fields of wheat and barley. This event is about creating a strong link in MPs’ minds between the ear of wheat and the flour, bread, feed and straw that it goes towards.

“The most important part of this event is to urge MPs to see harvest for themselves and visit a farm in their own constituency over summer recess.

“We’ll be making clear to MPs that our crops are the backbone of the British food and drink industry. There has never been a more important time for us to celebrate arable farming’s role, and this event is an important milestone in the campaign to do just that.”

View our photo gallery from the event