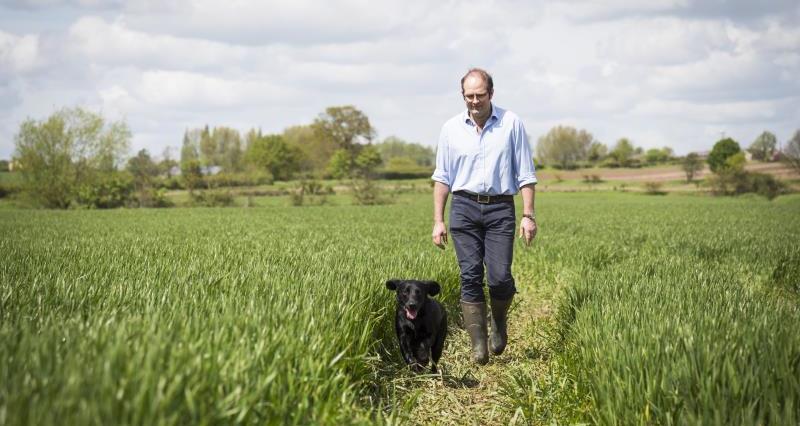 If you suspect something is wrong when your grain is rejected, you can ask for an independent retest writes NFU crops board chairman Tom Bradshaw in January's Arable Farming.

I mentioned briefly in an earlier article that I had the most infuriating rejection of a load of malting barley for an issue I had never heard of before: book lice. This in itself is not even a bug that merits rejection but simply raises the storekeepers concerns about the storage conditions of the load in question, and in my case led to the load being returned to farm.

I then had another issue where some of the intake parameters we had tested the week before were tested when the load was presented and again the lorry was returned to farm. You then couple my examples with complaints from other NFU members about vagaries at intake and if you were a conspiracy theorist then you would believe that everything is stacked against the farmer with very little power for redress.

Thankfully I believe that there are one or two things that the grower can do to try and redress the balance if you suspect something is untoward. When we had our second load rejected, we decided to send the sample for independent analysis to verify the reason the load had been returned. In this instance a load that the maltster had made 94% germination came back from independent analysis at 82%, even though the week before the result was 98%. So in this case it confirmed that the rejection was justified, and it gave me confidence that the testing procedure was correct and everything was working. However, a few years ago we challenged some Hagberg results on a 203t contract and sent one load for an independent test and all the claims were reinstated.

The key point here is that if you really suspect that something is wrong with the tests at intake then it is very simple for you to ask for a retest at an independent laboratory. Normally the cost of this will be picked up by the merchant if your challenge is successful and by the farmer if there is nothing wrong. In my case it really helps confirm whether there is problem or not rather than just whinging about rogue merchants.

There is one further route that can be taken if foul play really is suspected, and that is a report to trading standards to make sure that all the equipment on site is correctly calibrated and working within specifications. I’m not suggesting this is a decision that should be taken lightly but if you are absolutely sure what you are loading out of store then this option will clarify where the problem is.

Throughout all of this I do have a problem – what is the value of the retained sample that I keep on farm for Red Tractor assurance? We somehow need to find a method of sealed bags where the retained, representative sample can be used to challenge the intake. Where we have a bucket sampler on farm that takes a cup out of every bucket load to make the composite sample there is no better way of taking an accurate sample. Yet, at the moment, this retained sample is of no benefit if we want to challenge the analysis at intake, and makes us all question what the point is in all those bags of samples sat on the office window sill.