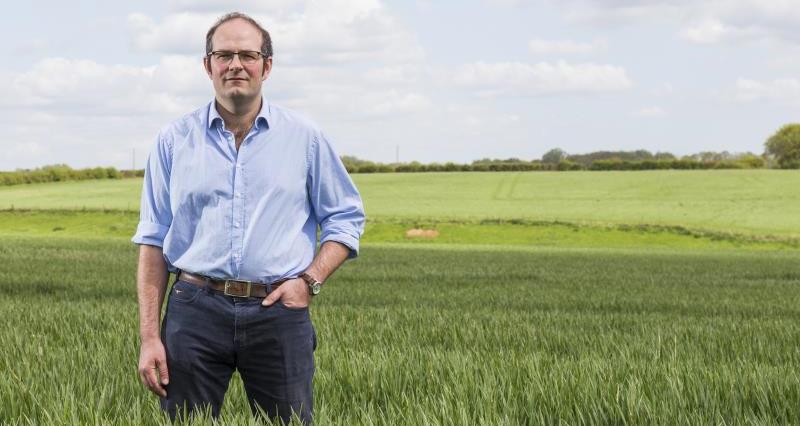 In his column for Arable Farming magazine, NFU combinable crops board chairman Tom Bradshaw explores the risks of leaving the EU without a deal to the arable sector.

Managing risk is a key attribute of arable farming with weather, markets and of course politics creating uncertainty and easily derailing short-term plans.

The very real threat of a no deal Brexit magnifies the uncertainty emerging from Brexit, making it impossible to put definitive plans in place. Instead the approach has to be around flexibility and agility. This enables both business and policy to react to what will be quickly emerging issues.

There are various forms that a no deal Brexit could take, but would likely fall between two goalposts – full WTO or Unilateral Liberalisation. In both of these scenarios, the UK would face tariffs on exports of wheat, barley and oats. For wheat and barley, to secure trade into the EU, we would need to compete for quota with other third countries, and pay €12/t and €16/t respectfully for wheat and barley. Outside of these quotas, tariffs shoot up to €95/t and €93/t - this would rule out trade to the EU. Typically, these quotas aren’t fully utilised, but there are years where they do become exhausted.

For wheat, after three seasons of being a net-importer, there is a risk that 2019/20 would require a higher level of exports. AHDB forecasts point to a higher wheat area for harvest 2019. This combined with a return to more normal yields and poor ethanol demand would force the surplus to grow. Barley is a little more definitive, but just as concerning as we should be expected to remain firm exporters as we have in recent years.

Based on typical production levels and a market needing to export, tariffs on exports to the EU could cost the UK arable sector more than £300 Million.

Some of this could be offset by reciprocal tariffs on the wheat that the UK imports, but assuming this would happen, would be dangerous. The extreme Unilateral Liberalisation scenario would see the UK paying export tariffs, but not implementing import equivalents. This would have consequences for the arable sector through direct import competition, but also indirectly given the implications for the livestock sector.

From a policy perspective, Unilateral Liberalisation contradicts the high regulatory baseline imposed upon the domestic farming industry. Essentially, an undermining of the baseline by imports and exporting the environmental footprint out of sight and control of the UK.

As the risk of no deal becomes greater, and if indeed it becomes reality, it will be critical that policy makers are aware of the ongoing market situation to understand if we’ll have a wheat surplus, for example, and what measures will be needed to underpin farm businesses.

It is unlikely that hard market interventions of the past will be either deliverable in the time available or politically acceptable at the WTO level. Instead, allowing the market to function whilst supporting farmers over tariff walls, which are a political issue, will be the likely path.

The timing of a no deal Brexit, coincides with the crop growing season. As such, there is concern about the flow of key inputs onto farm. This is as much about helping imported products navigate what could be a chaotic border as it is the specific policy. Relying on last minute ordering and delivery both risk key crop application timings being missed. Instead, planning needs as much as possible and ongoing dialogue with multiple suppliers is advised.

From a grain marketing point of view, cash flow planning will be key to avoid being a forced spot selling in either the no deal aftermath or the longer term.