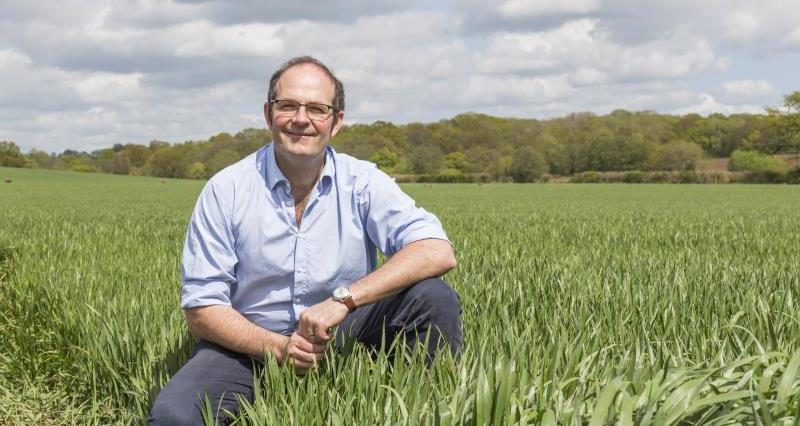 In his Arable Farming column, NFU crops board chairman Tom Bradshaw writes about the need for meaningful statistics on the impact of pesticides on the environment.

When I was reviewing the State of Nature report it wasn’t surprising to see a cheap shot being levelled at pesticides and the impact they are having on the wider environment, with the narrative being that of more hectares sprayed, as demonstrated by the Pesticide Usage Survey, and of greater toxicity of actives used.

I have probably mentioned before that I believe the metrics currently used to demonstrate pesticide use isn’t good enough. This isn’t a criticism of the method of collection, the robustness or integrity of the data or the independence of the survey as they all sound credible (although I would like to think the dataset could and should be expanded) – my criticism lies within the limited ambition of the survey because it doesn’t do anything to demonstrate the environmental impact of the pesticides being used.

Currently we are limited to the weight of pesticides used or the number of hectares sprayed as the best comparators. As the potency and persistence of products has reduced and they have become more targeted, the number of hectares sprayed has inevitably increased due to multiple applications of the same hectare while the weight of products used has dramatically reduced, but the NGOs always point to the removal of sulphuric acid as being the main reason. If you simply look at the hectares sprayed then this is a meaningless metric because it doesn’t have any ability to demonstrate whether there is any link to environmental harm.

I recently visited FERA, which is responsible for carrying out the survey for Defra, and it was a very informative visit. There is a wealth of knowledge and data within the team responsible for the survey, but we just need to find a better metric to demonstrate the reality of what this means on farm. This metric needs to be agreed independently by scientists to be accepted by both the farming lobby and environmentalists, and be able to provide an accurate reflection of the how potent or benign the pesticides being used really are.

I have a few thoughts on metrics that could be used and options range from simple factors like the harmonised risk indicators being put forward under the EU regulatory regime, to much more complex algorithms that give a measure of environmental impact. Once it has been decided which of these is the most robust and representative of the way the products are being used, then we could over-lay this data with that from the Pesticide Usage Survey to get a clear representation of impact.

We are told that pesticides have become ever safer and, with the removal of those that are ‘most harmful’, if we compared the last 20 years of surveys we would expect the narrative to show exactly what we know is happening on farm – that we are farming in greater harmony with nature and that productive agriculture and environmental delivery really do go hand in hand.

It is with some urgency that our scientists need to come together to decide which is the best metric and deliver meaningful statistics on the impact of pesticides on the wider environment. The same old rhetoric is getting very dull and the current metric simply doesn’t provide the full picture.