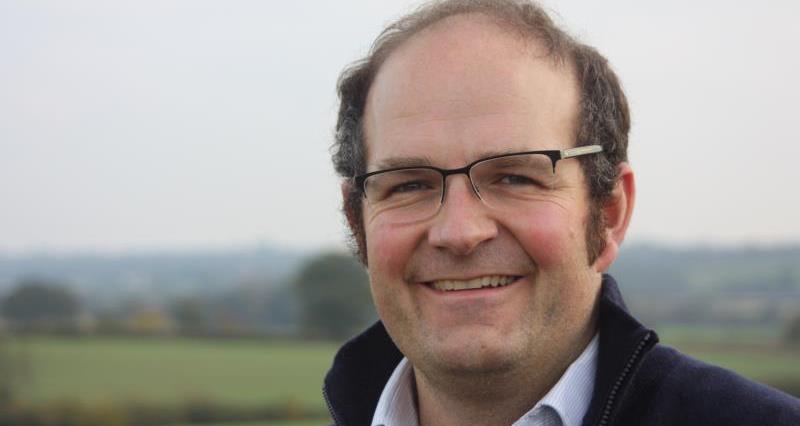 Pulses present two commercial opportunities that we need to tap into, writes NFU crops board chairman Tom Bradshaw in his column for Arable Farming magazine.

There is no doubt that the UK arable industry needs to scrutinise every opportunity available to it and indeed examine and lobby for steps that create new commercial opportunities. There is a very harsh reality that we will need to scrutinise every possible option for spring cropping this growing season to fill the void left by unplanted or failed winter crops. Let’s just imagine if spring pulses were a more credible proposition with more consistent yields, proper investment in breeding, agronomic insight that is comparable to that of wheat and a market place we could all be confident in.

Pulses present us with two commercial opportunities that we need to tap into. Firstly, the UK is importing over three million tonnes of protein meals annually for the animal feed industry – the bulk of it soya meal. Although we might not be able to displace all of that, surely there is a strong argument for displacing some of these imports and reducing the national plant protein deficit. Secondly is the current and developing nature of pulse demand for human consumption both home and abroad. The initial challenge here is that there is very little insight into the scale of the opportunity – how should this be addressed? Although it might sit uncomfortably in some quarters, we can’t ignore a marked trend toward more plant based protein – if indeed it exists.

The last Pulse Genetic Improvement Network (PGIN) meeting late last year heard how plant based product brands were starting to feel pressure to move away from soy which not only has a poor sustainability perception around it but also comes with an allergen association. Beans and especially peas circumnavigate these issues, but if any demand growth is to be exploited by domestic production then we need to encourage inward investment into processing capacity.

If pulses are to build a credible position in the UK arable rotation then we need to see a number of actions, which are likely to need to be policy led. Firstly we need to recognise that under the EU CAP regime, pulses became the poor relation to cereal crops when it came to policy interventions leaving them somewhat neglected with a lack of incentive for private sector investment. This has led to a growing deficit of plant protein in the EU, while we have seen healthy grain surpluses. This has been compounded by the fact that the UK does not offer its arable farmers voluntary coupled support – unlike 16 other EU member states.

As an open flowering and leguminous category of crop, the amount of public good on offer from pulses cannot be underestimated. This is where we can get treasury interested as the cost benefit of supporting a commercial flowering crop has to be more attractive and impactful than say a pure pollen and nectar mix.

The brutal reality for a lot of arable rotations, given the demise of oilseed rape, is that there is no open flowering crop to be seen. So we have a golden opportunity to present pulses as a very efficient dual-purpose crop: a sustainable source of protein for humans and animals and a source of food for pollinators as an underpinning mechanism of biodiversity.

We have a government that is promising us opportunities in plant breeding and this may mean that we end up with OSR that is resistant to CSFB, soya that is a real, commercially viable crop in the UK and bean crops that are far less variable and able to make up a significant part of the ruminant diet.

How the EU Settlement Scheme can secure workers beyond 2020