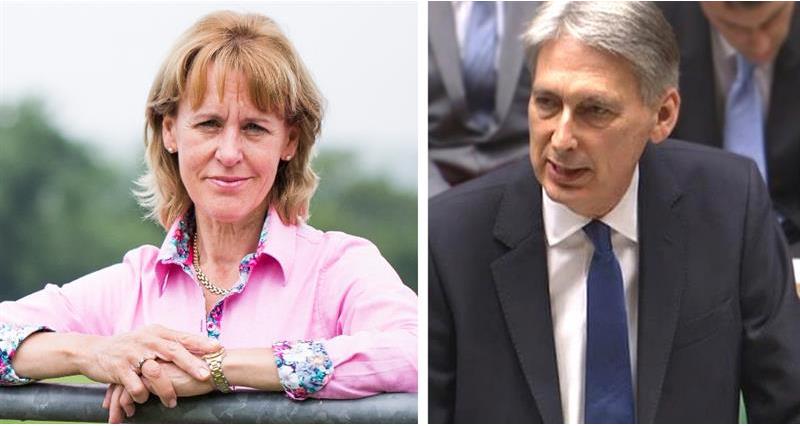 The UK farming unions have joined the NFU in writing to Chancellor Philip Hammond warning that the recent UK applied tariff policy announcement is another example of how British farming will be damaged by a no-deal Brexit.

The letter reaffirms the farming unions’ position of being absolutely committed to avoiding a disorderly exit from the EU.

NFU President Minette Batters said: “The government’s recent no-deal applied tariff policy announcement confirms our view that to leave the EU without a deal in place would be catastrophic for UK farming.

“While we acknowledge that the tariff policy announced earlier this month is intended to be temporary and would be in direct response to an undesirable situation facing the country, we have very significant concerns about the damage this policy would cause to farmers across the country.

"Without the maintenance of tariff protections we would be in danger of opening up the UK to imported food which would be illegal to be produced here, produced at a lower cost because it may fail to meet the environmental and animal welfare standards which are legally required of our own farmers."

“Under the no-deal tariff policy even those sectors that are treated sensitively by our government will, in most instances, see worrying and large reductions in the tariff rates currently charged on non-EU imports. Tariffs currently in place by virtue of EU membership on almost all agricultural products deemed to be sensitive by the UK will be slashed, including those on beef, poultry meat, cheddar, butter, sugar and pork. 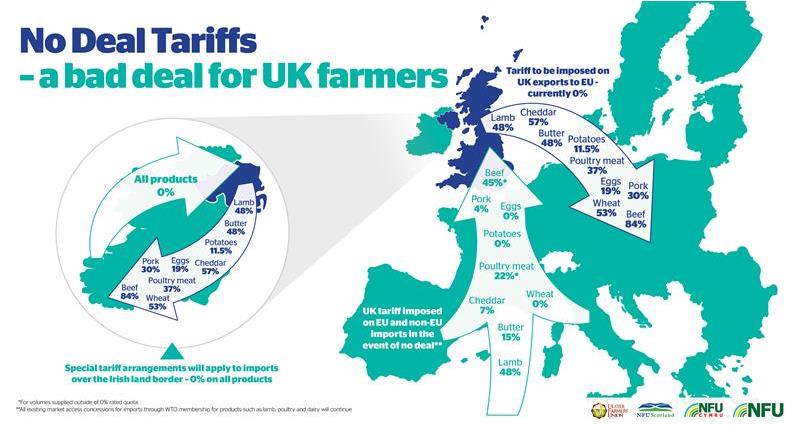 “We respect the government’s decision to avoid a customs border between Northern Ireland and the Republic in the event of leaving the EU without a deal. However, treating Northern Ireland in effect as a separate customs territory from Great Britain is not appropriate and government’s failure to secure reciprocal commitments from the Republic of Ireland is unacceptable. It is imperative that government does not allow the Northern Irish border to become a loophole that only works to the benefit of Irish businesses to the detriment of UK producers.

“We are keen to work with government to have a better understanding of the economic modelling, assumptions and potential trade-offs that have been used in arriving at this point.

"However, the underlying point is that a no-deal exit from the EU would be disastrous for British farming and food production and should be avoided at all costs."

"In the meantime, as there is still the possibility of a no-deal exit, government must act now to address these concerns and revise the tariffs and quotas accordingly, to try and lessen the significant damage which a no-deal would inflict on the UK farming sector.

“In the longer term, it is imperative that the approach taken by government to deal with what would be a disorderly exit from the EU does not form the basis for the UK’s long term approach to international trade.”