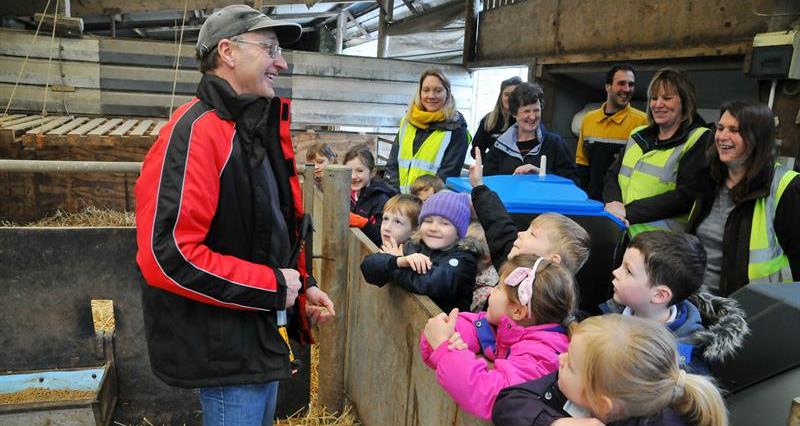 The NFU’s Farmvention competition winners have been visiting farms across the country this week to get some hands-on experience about what life is like as a farmer.

The competition, which asked primary school children to solve three farming-related challenges using Science, Technology, Engineering and Maths, was developed as part of the NFU’s education strategy which aims to bridge the gap between children and food, farming and the countryside.

In January the NFU announced its nine winners, whose designs will be showcased at an exhibition in the House of Commons next week on 13 March where the overall champion will be decided.

“Farmvention is all about building the link between children and their food and the competition has successfully brought farming into the classroom. It’s great to now see the winning schools out of the classroom and getting some hands-on experience on real working farms.

“The inventions the children have come up with, whether it’s a tractor of the future, an environment for a flock of laying hens or a new snack product, really are incredible and I can’t wait to see their designs showcased at the grand final next week.”

Alongside fully funded farm visits, prizes also included chef visits and £600 to spend on robotics products for the school.

The NFU received more than 1,000 entries for the competition, which was launched in September 2018.

The overall champion, who will be announced at the exhibition on Wednesday, will win the grand prize of having their school turned into a farm for the day.

If any journalists would like to attend the exhibition at the House of Commons next week (13 March), please email Sm8uUmVjdG9yQG5mdS5vcmcudWs=.