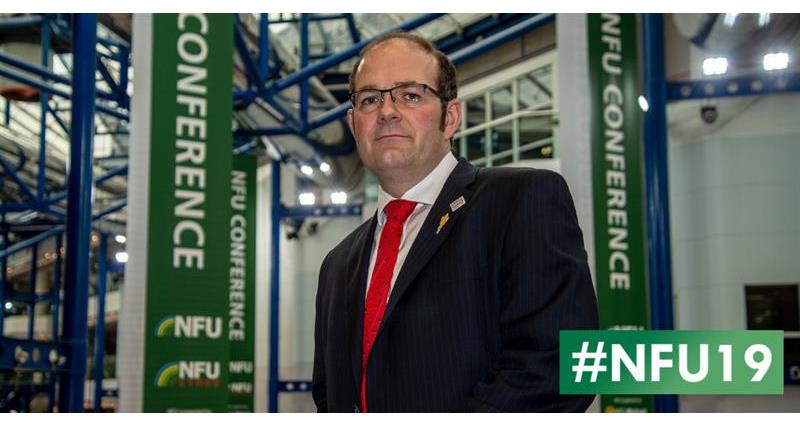 Tariffs on UK barley exports would have a significant impact on prices with European buyers already shying away from offering new crop barley contracts. For wheat, it is very possible that the UK will be back as a net-exporter in 2019/20 for the first time since 2015/16. In this scenario, we would see an increased dependence on the EU for exporting of a surplus. Political uncertainty risks costing the arable sector significantly, so the NFU has called for the UK government to support the sector to offset any disruption caused.

Mr Watts said: “Economic sustainability is key going forward. As a board we are looking at risks and are developing asks from government in the case of a no deal.

“I think wheat is probably the most challenging commodity for the future. We are currently in our third season as a net importer of wheat. It’s very likely that the UK will have to be a net exporter of wheat from harvest 2019.”

He continued: “How we advocate ourselves as a sector going forward is going to be critical. It’s really important to raise the profile of the sector and stress the importance to MPs that issues for one sector will have a implications for others.”

Plant health remains a large work area for the sector, with a big year expected in 2019. Review on the National Action Plan on pesticides will be a key consultation for the NFU to be heard on. Integrated pest management is becoming increasingly important in this policy area so the industry must continue to step up and showcase how modern day crop production is a genuine partnership between professional agronomy, cultural and chemical control. 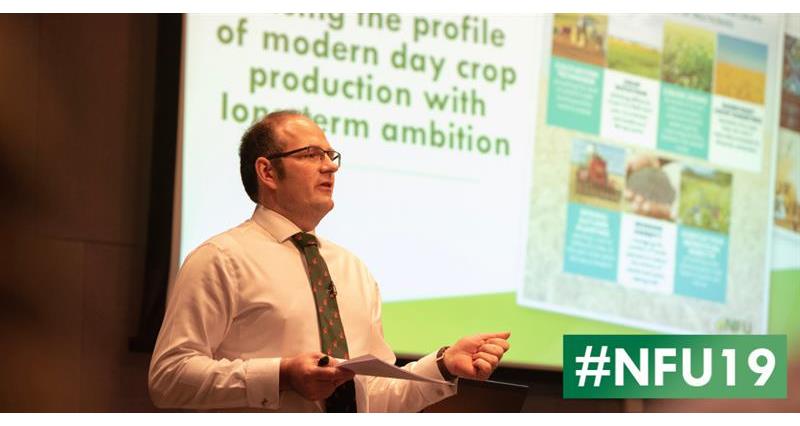 “There are decisions coming up, especially in relation to the future of chlorothalonil, and we need decision makers to understand its important role. We need a better decision making process, we need the Voluntary Initiative (VI) to be fit for purpose and we need to be using the appropriate amount of the right product at the correct time. That’s real IPM in practice.

“We need to make sure we are investable to the industry. Government wants to look at us and say ‘What do we get back from the arable sector?’ so we need to be professional and uphold our standards.”

Significant fertiliser cost increases have been an issue for members in the last year. The NFU continues to work with European colleagues for the need for a competitive market place. Additionally, protecting access to urea fertiliser is a critical area of work for the NFU. Preserving access to urea will involve supporting Defra as to how ammonia emissions can be minimised.

Mr Watts said: “We’ve seen some significant inflation in fertiliser prices this year, highlighting the need for diversity in the fertiliser market to ensure we’re as competitive as possible as well as some transparency.

“We are expecting a fairly imminent consultation on the future of urea. We risk losing access to the use of urea without an inhibitor. We need to be able to demonstrate how we use urea and as a blend of products in the crop production year. That kind of evidence is really useful for us to be able to talk to Defra and bring to life modern day crop production.”

The NFU has been working closely with the Agricultural Industries Confederation (AIC) and provided independent legal insight to improve the clarity of the AIC No1 contract. The revised contract came into being from the beginning of February and we urge members to familiarise themselves with it as well as individual buyers terms and conditions.

Mr Watts said: “I strongly advise you to familiarise yourself with the new contract and to be aware of the terms and contracts related to tariffs. The NFU has its Contract Checking Service, which is invaluable for your own peace of mind.”

Profitability from crop production remains very challenging with business reliant on direct payments to deliver resilient cash flows. With the Agriculture Bill setting out a departure away from direct payments, the sector has to look at any potential opportunities. The delivery on environmental services should be looked upon as a legitimate opportunity and a market place in its own right. However to be successful for the environment, government and farming businesses, schemes must deliver fair reward to farmers as well as provide certainty.

Mr Bradshaw said: “Going forward we do need to look as a sector at how we’re going to be able to access support. We’ve got to have an environmental marketplace fit for purpose and move beyond income foregone.

“We should be developing these schemes, because if we don’t embrace this from the start, we could end up with something not fit for purpose. We also need to make sure we’re protected from imports produced to a lower standard.

“If a product is banned in the UK because it’s deemed to harm the environment, importing that food from another country which uses the exact same product means we’re simply exporting our environmental footprint to other parts of the world. It’s moral hypocrisy and cannot be right. We need to keep putting pressure on government to make sure they deliver on this critical issue.”

Mike Green from BASF spoke about how production and delivery of environmental services could go hand in hand. The government has long been keen on pushing the concept of natural capital. 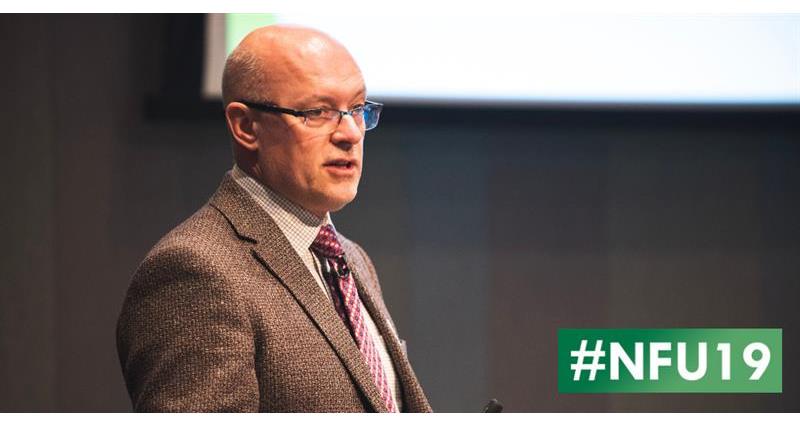 Eight years ago, it published a White Paper The Natural Choice committing to leaving land in a better state than it was inherited. In 2018, the 25 year environment plan was published, and the agriculture bill is currently going through. He said: “We’ve got to show that what we do on farm is value for money. Sometimes these are three pieces of documentation which are supposed to overlap but actually sometimes just sit next to each other.”

“We’re already managing a lot of Natural Capital assets but we just need to talk about. Every time you make an action for your economy, you need to understand wat it’s doing for the environment because environment is the next income stream.”