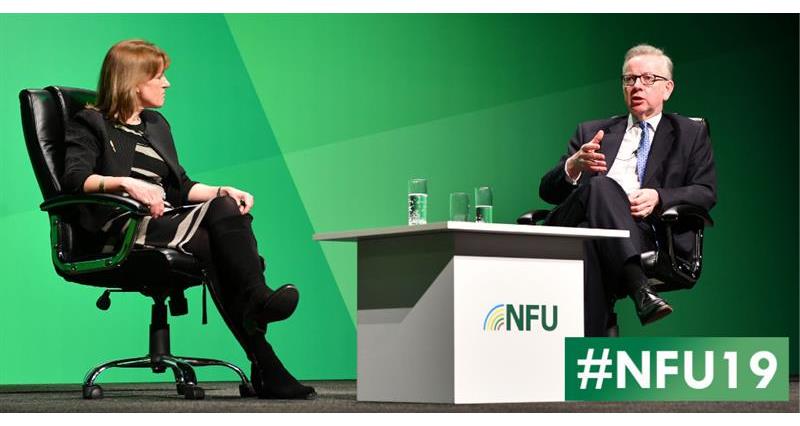 Defra Secretary of State Michael Gove has expressed his support for a commission to be convened to establish the principles to ensure Government upholds the high standards of British food production post-Brexit.

Responding to the NFU’s call for the commission, Mr Gove told NFU President Minette Batters he would send her a letter by “first class post” confirming his support for its creation.

Speaking at the NFU’s annual conference at Birmingham’s ICC, Mr Gove said: “We want to move as quickly as possible to harness the expertise in this hall, and beyond, in order to ensure we have a commission to make sure that we safeguard standards.

“There is concern that standards might be compromised in pursuit of future trade deals. From the Prime Minister down there’s a determination to ensure that won’t happen. I will make sure we do everything we can, as quickly as possible, to harness all of the talent that you can bring together under the umbrella of this commission.”

During a question and answer session after Mr Gove’s speech, NFU member Gary Yeomans, from Monmouthshire, asked the Secretary of State for reassurances that zero rate tariffs would not be applied to food imports post-Brexit.

Mr Gove confirmed the cabinet had been discussing what the tariff regime might be in the event of a no deal and said an announcement should be made later this week. He added: “One thing I can reassure you is that it will not be the case that we will have zero rate tariffs on food products. There will be protections for sensitive sections of agriculture and food production.” 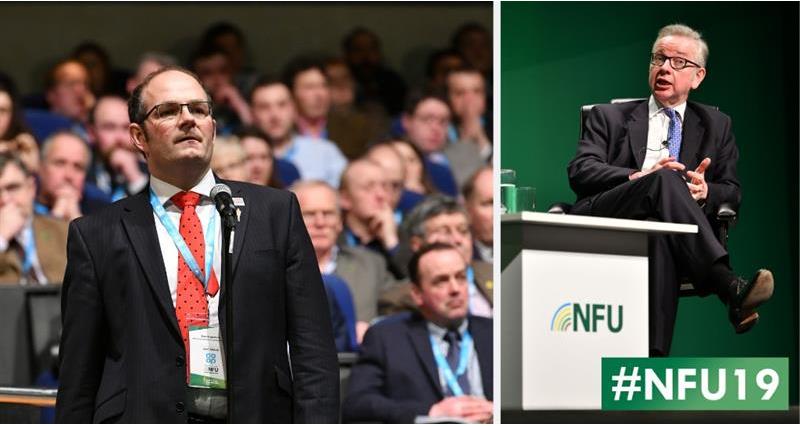 But when pressed by NFU combinable crops board chairman Tom Bradshaw for confirmation that combinable crops would not be zero tariffed, the Secretary of State said he was unable to say anything further ahead of this week’s expected announcement on tariff rates.

Mr Gove said: “I completely understand your concerns, but I won’t be able to say any more at this stage. You make a powerful argument and I hope that when we make the announcement we can pick up the threads of the conversation then and you can understand why it is that Government has made its decision in the way that it has.”

Joe Stanley, an NFU member from Leicestershire, asked Mr Gove if there should be a legal requirement for payments in the Agriculture Bill to be reserved for agriculture.

Responding, Mr Gove said: “We want to make sure we can provide people who are running farm businesses with the income they deserve and need for providing all the services they do. 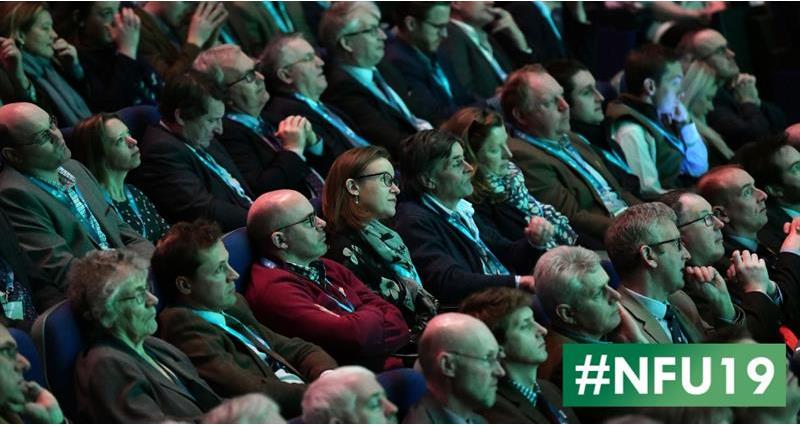 “It is not the intention of the Agriculture Bill to see money go anywhere other than to those who are at the heart of our rural economy and making it healthy and successful.”