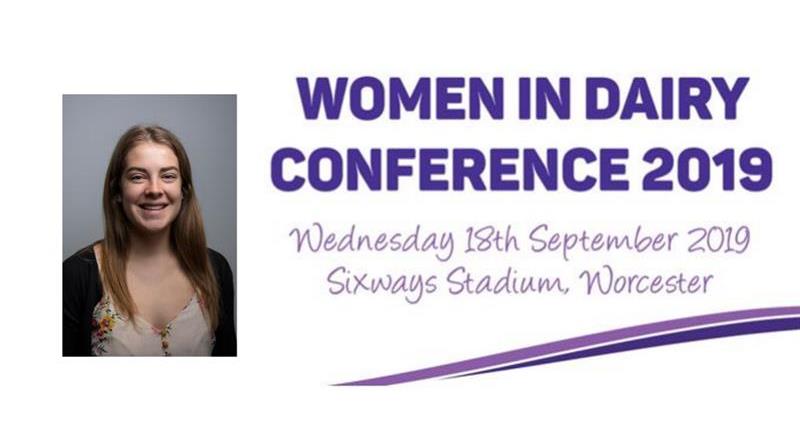 NFU Food Chain placement student Hannah Malpass gives an overview of the Women in Dairy Conference 2019 and focuses on two of the day’s speakers. She writes:

Women in Dairy was set up in 2015 to bring women working in the dairy industry together through discussion groups. Starting originally in the South West and Cheshire, the organisation now has groups all over the country and holds an annual conference.

The first speaker was Gemma Smale-Rowland, a fourth generation dairy farmer from Cornwall. The 120 pedigree Holstein herd operates an all year-round calving system and grazes April-October.

With a keen interest in dairy farming since a young age, Gemma described her dream to re-engage people with milk and where it comes from to change the basic perception of milk in supermarkets. 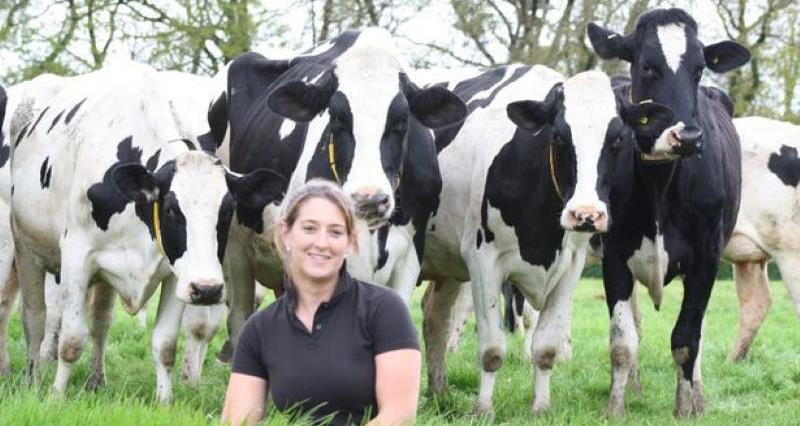 In 2018, a year after making the move to work full time on the farm, Gemma set up her own brand, Cornish Moo, a recyclable glass bottle containing ‘just milk’.

Set out in her mission statement, Gemma wanted to produce a wholesome and nutritious product, demanded by the marketplace that puts animal welfare and protecting the environment at the top of the priority list.

After a £60,000 investment in a vending machine and a lot of hard work to produce effective marketing campaigns, Cornish Moo now sells 90 litres of milk from the farm everyday and supplies farm shops, cafes and restaurants.

Since starting, Gemma has used social media heavily to help market her product and improve education and accountability. Between Facebook and Instagram, Cornish Moo now has over 3,000 followers who help to spread the word and continue to bring people to the farm gate.

Despite only being set up a relatively short time, Gemma mentioned how successful Cornish Moo has become, winning an array of awards such as Taste of the West Champion Dairy Product, Reserve Supreme Champion and Best Branding Award just last week. 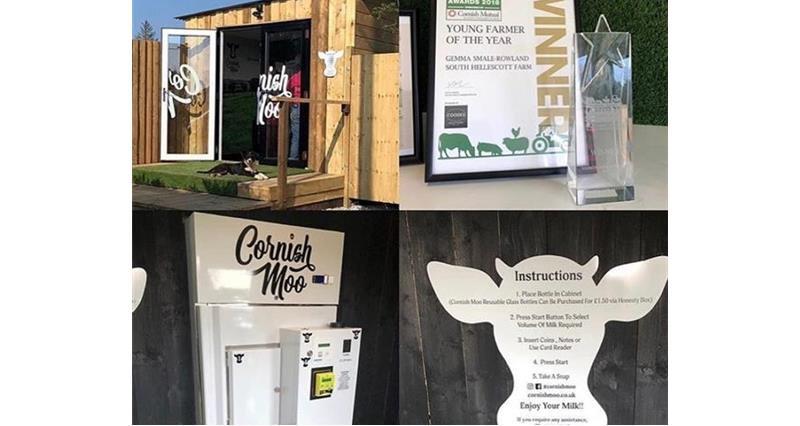 As well as running her own dairy farm, Gemma spoke about her involvement with policy development, sitting on several boards including the NFU National Dairy Board and the Red Tractor TAC board as well as her farm safety campaigns such as #buckleupforiceman which has had national media coverage and 140,000 views.

To conclude her presentation, Gemma spoke positively about the future for the UK dairy industry mentioning that milk is in 98% of UK households and we should therefore use this as an opportunity to get the public more involved with their milk product. In a final quote, Gemma said “I will never give up on an industry that’s made me who I am today, despite how hard it gets.”

The fourth speaker of the day was Dr Jude Capper, an independent Livestock Sustainability Consultant based in Oxfordshire.

This, along with her strong presence on social media proving livestock myths wrong led to her receiving Dairy Industry Women on the Year 2017.

To start her speech on the positive power of social media, Jude split sustainability into three different parts; environmental, economic and social.

Focussing on the social aspect, Jude mentioned that 93% of people in the UK have access to the Internet at home with 87% of the population using it daily (99% for 16-44 year olds) and 68% using it for social media.

I was amazed to learn that only 40% of the UK population now get their daily news from newspapers, with 64% using the Internet. Jude continued to say that with so much information and opinion on the Internet influencing choice, purchasing dairy is now becoming a controversial decision.

Jude stated that social media is brilliant for networking, brand building, consumer interaction and staying connected with family and friends. However, with so many people expressing their views, we need to see five pieces of positive information to counteract a single negative message. 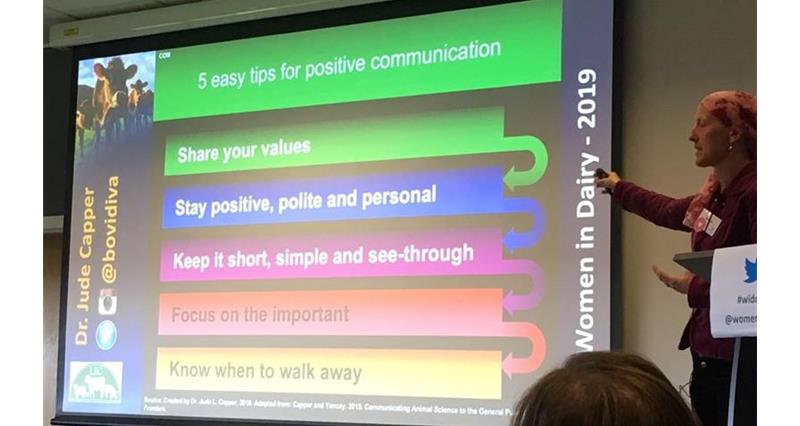 Jude therefore tries to put as much positive news on the Internet about dairy as possible. As well as her own tweets and posts she replies to other people, fixing their misconceptions about the dairy industry. In order to make sure she is communicating positively; Jude follows five key rules and encourages other to do so too.

Jude has become extremely successful on social media with 11,600 followers on twitter alone. I believe she encouraged many dairy farmers at the Women in Dairy Conference to consider using social media and told them exactly where to concentrate their efforts - on the 95% of consumers that don’t yet have a fixed view on agriculture. 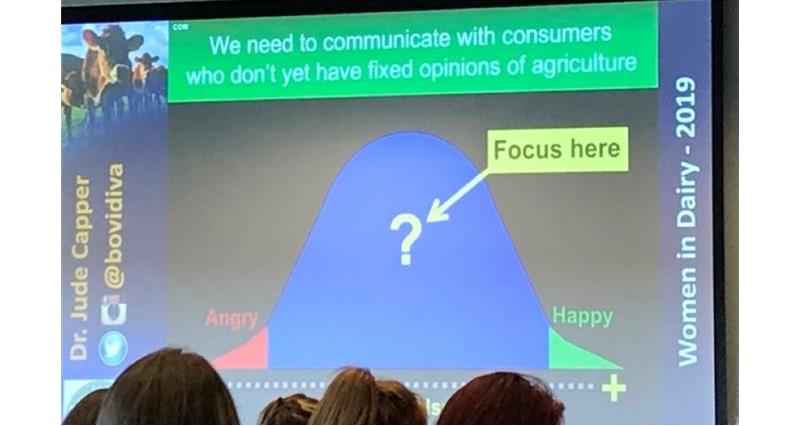 Overall, the day was very successful. Coming from a dairy background myself it was great to see how Gemma had diversified the family farm and I found the more technical talks about TB and calf health fascinating.

It is encouraging to hear talks about social media and people realising that if we wish for the dairy industry to grow then we all need to follow the change and become more digital to engage with the consumer. The event was brilliant to meet like minded people involved in the dairy industry and provided a great opportunity to do some vital networking.

Visit our dairy hub for the public on Countryside Online here.

For dairy facts to help spread the word about British day products, visit the hub on NFUonline here.